General Conference Decides Not to Release "The Record Keeper"

General Conference Decides Not to Release "The Record Keeper" 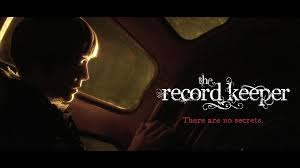 Spectrum was sent the following news release this afternoon, a few minutes before the official release time of 2pm EST.

Seventh-day Adventist world church leadership today announced their decision to suspend the release of the 11-episode series called “The Record Keeper,” but agreed to explore the possibility of supporting similar creative outreach projects.

The decision came after carefully reviewing the Web series which dramatizes the epic struggle between good and evil.   Seventh-day Adventist church leaders from different parts of the world and the world headquarters evaluated the series, participated in the discussions and the decision-making process.

“The Record Keeper” follows the story of Cadan and Larus, two angels who struggle to maintain their friendship after universal civil war breaks out. Meanwhile, another angel, Raina, pursues a record of events while trying to make sense of the chaos.

Seventh-day Adventist Church theology sees the controversy between good and evil as central to understanding the turmoil witnessed throughout history and evident in the world today.

The church’s Biblical Research Institute provided a biblical analysis of some of the problematic and theologically inaccurate matters raised in the Web series. In addition, church leaders were looking for a much stronger portrayal of the love of God, the creation of a perfect world, the Plan of Salvation and the final renewal of heaven and earth as recorded in the Bible.

While Bible studies were to be prepared to accompany the series and encourage further study, according to the Biblical Research Institute, the content of “The Record Keeper” would have put the church in the difficult position of endorsing the misrepresentation of biblical truth while at the same time offering studies which conflicted with the dramatic presentations. This would invite misunderstandings and cause confusion.

Church leaders at the world headquarters expressed their continued desire to produce creative material that would be in harmony with Scripture and capture the attention of people seeking divine truth.

Read a previous Spectrum report about the controversy over The Record Keeper, and an exclusive interview with the web series' makers from last September.