Branch Davidians (and Adventists) Revisited in The New Yorker 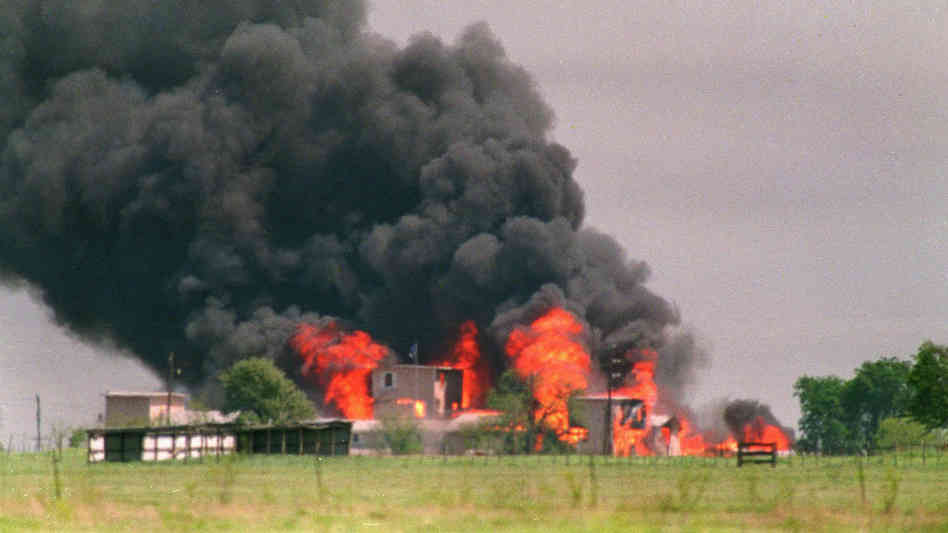 Malcolm Gladwell talks about Waco survivor Clive Doyle's book in the March 31 New Yorker, and how the FBI's refusal to take David Koresh's theology seriously precipitated the 51-day stand-off and tragedy in Texas.

The article, called Sacred and Profane: How Not to Negotiate with Believers, talks about Clive Doyle's background as a devout Seventh-day Adventist who then joined an offshoot of the church that was more eccentric. It offers a different view of David Koresh and the Waco siege.

When Clive Doyle was a teen-ager, in the nineteen-fifties, he and his mother met an itinerant preacher outside their church, in Melbourne, Australia. He was a big, gruff Scotsman named Daniel Smith. The Doyles were devout Seventh-Day Adventists [sic]. But Smith was the follower of a self-proclaimed prophet named Victor Houteff, who became an Adventist just after the First World War and parted ways with the Church a decade later. The Doyles listened to Smith’s account of the Houteff teachings until the small hours of the morning and were impressed. “We were taught that if someone comes with a message based on the Bible, instead of trying to fight it, instead of trying to put it down or trying to prove it wrong, we should study the Bible to perceive whether the message is true,” Doyle writes in his autobiography. “Study to see if it’s so.”

The Houteff group held that those in the mainstream Seventh-Day Adventist Church had lost their sense of urgency regarding the Second Coming and would soon face the judgment of God. To the Doyles, however, this presented a problem: where did it leave Seventh-Day Adventists who hadn’t heard the Houteff message? The Doyles knew, for example, that no one had taken the Houteff teachings to Tasmania, off Australia’s south coast. So, in 1958, Doyle quit his job as an apprentice in a cabinet shop, and he and his mother took the overnight boat to Tasmania, where they spent a month trudging around the back roads of the island, going from one Seventh-Day Adventist church to the next. “My mother had borrowed the biggest suitcase she could find,” he writes. “We had packed it full of books because we thought: They’re going to want to know what we believe, so we’ll give Bible studies . . . and we’ll use the Bible to prove our points. I was just a teenager lugging this huge suitcase all over the island. It weighed a ton.”

. . .In Tasmania, Doyle was looking for people who wanted to “actually get down to the nitty-gritty” and study the Scriptures with him. That search would end up consuming Doyle’s life, leading him clear across the world to a religious retreat founded by Houteff, just outside Waco, Texas. The group that Doyle joined was called the Branch Davidians. Their retreat was called Mount Carmel, and the most famous of its leaders was a young man named David Koresh.

While not wholly sympathetic to David Koresh, Gladwell points out that he was not the dangerous character the FBI painted him as, teetering on the edge of leading his followers into mass suicide. If given a bit more time, Doyle asserts that he would likely have found a way to make the Revelation prophecies point to a peaceful resolution.

“A Journey to Waco,” Doyle’s memoir, is an account of what it means to be a religious radical—to worship on the fringes of contemporary Christianity. Doyle takes the story from his childhood in Australia through the extraordinary events of 1993, when some eighty armed agents of the Bureau of Alcohol, Tobacco, and Firearms raided the Mount Carmel community, in an effort to serve a search and arrest warrant on Koresh, on suspicion of violating federal firearms rules.

The Branch Davidians belonged to the religious tradition that sees Christ’s return to earth and the establishment of a divine Kingdom as imminent. They were millennialists. Millennial movements believe that within the pages of the Bible are specific clues about when and how the Second Coming will arrive. They also rely on what the Biblical scholar James Tabor calls “inspired interpreters,” prophets equipped with the divine insight to interpret those clues and prepare their followers to be among God’s chosen. Mormonism began, in the nineteenth century, as a millennial movement; its “inspired interpreter” was Joseph Smith. Jehovah’s Witnesses began as a millennial movement, as did the Pentecostal Church.

The description of the Adventist connection is interesting, and Gladwell depicts the Branch Davidians - though not officially Adventists, and as a breakaway from the mainstream - as simply following in the Adventist millenial tradition.

Gladwell gives Seventh-day (or Day, as he says. I would complain that the vaunted New Yorker factcheckers missed the boat, but the church is listed as the Seventh-Day Adventist Church in the Chicago Book of Style, unfortunately) Adventists a whole paragraph.

Of all mainstream contemporary American churches, though, the Seventh-Day Adventists have the strongest millennial tradition. The Church—which has around eighteen million adherents worldwide—was formed by followers of the early-nineteenth-century evangelist William Miller, who prophesied that the world would end in 1843. During the next century, the Adventist community produced one “inspired interpreter” after another. Ellen G. White laid down the foundations of the Church in the eighteen-sixties. Victor Houteff broke away to start the Davidian movement at Mount Carmel, and after he died, in 1955, the movement splintered again, creating the Branch Davidians, headed by Ben and then Lois Roden. Doyle came to Mount Carmel during the Roden era and stayed with the group as it underwent its final iteration, under the leadership of David Koresh.

David Koresh was born in Houston in 1959, to a fifteen-year-old single mother. He arrived at Mount Carmel at the age of twenty-two, pulling up to the retreat in a yellow Buick—another in the long line of disenchanted Seventh-Day Adventists in search of a purer church.

As Adventists, we like to distance ourselves from what happened at Waco, but maybe Koresh wasn't so far removed from the Adventist tradition as we like to think.