Keith Bowman on a a New Hub for Adventist Videos 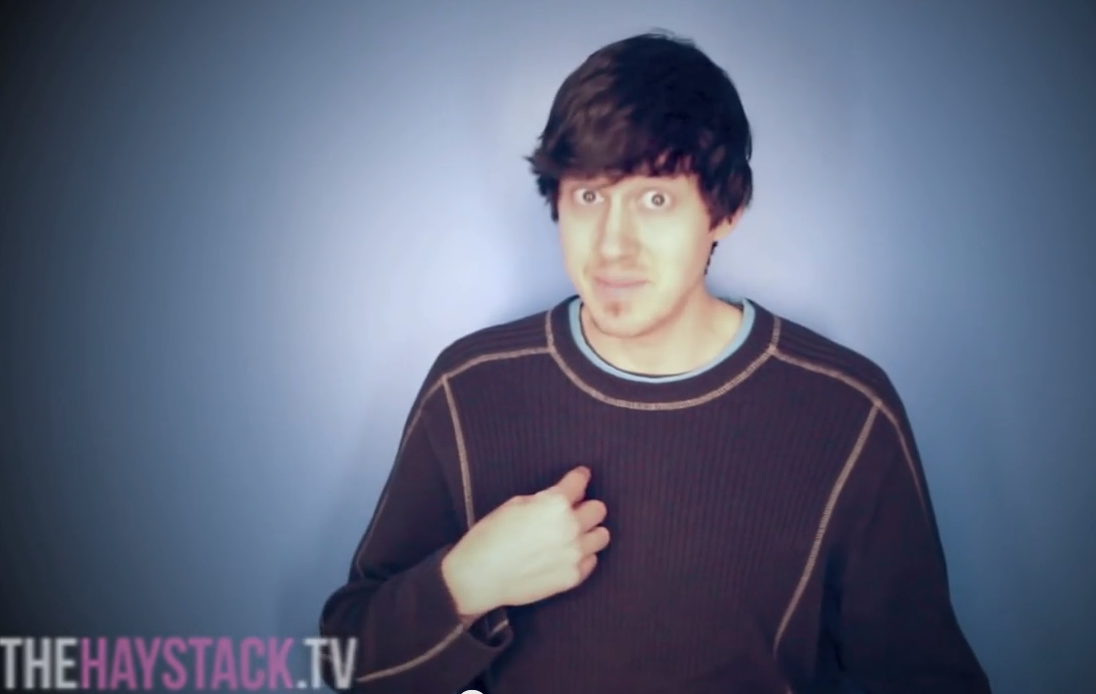 Keith Bowman has a vision. He believes Adventist pastors and educators and leaders - and your average Adventist young person - need a centralized hub to find Adventist-made videos and media. He couldn't find anyone who wanted to create the hub, so - without a background in film, and with only the help of a few like-minded students - he set out to create the hub himself. The new site for Adventist videos launched on January 1. We asked Bowman to tell us more about the project.

Answer: Haystack TV is a place where Adventists who have made good videos can post them. It is also an Adventist TV site for internet webisodes. The first webisode was released on February 7, and the following three will come out on subsequent Fridays. We also have other shows in the works, and plan to release a new one every week.

TheHaystack.tv is also a resource center. Many of the videos that are up on the site can be used in churches that enjoy using media. They are free and made by Adventists, so they are great resources to add to a worship service, Sabbath school, or even small group discussions.

Question: You started the website with Jeff Tatarchuk and Sam Moreno. Where did the idea come from, and how did you all get together?

Answer: There are two stories that converge.

Keith’s story: In February 2012 I had done an evangelistic series with an accompanying blog that people could use to follow along. I advertised on Facebook, so I had some online success with that. At the end of that experience I had to review what was good and bad about using social media with evangelism.

After some retrospection I decided that we needed a centralized video media hub for Adventism. We could host discussion videos on a blog site. They could be videos about current topics that approached the topic biblically and spawned conversation. I also wanted to make the 28 fundamental beliefs into cartoon videos that were less than eight minutes long, as well as a number of other YouTube video projects.

I contacted a few of the "famous television Adventists" and pitched my idea, to no avail. I also contacted the NAD president via email and never got a reply. I eventually gave up. Then one Sabbath in July 2013 I had a conversation with Jeff Tatarchuk about media ministry on a YouTube blog thing.

Jeff’s story: In May 2013 Jeff had been listening to a ton of business podcasts. Jeff was also talking to a close friend who had a fashion blog and made good money. Jeff was thinking about how to start a video blog on business, or on how-to-do Bible work, which he passionately believes is the best way to get people to come to church. He was going to model his site on the site soulpancake.com. He started telling me about this after church one day.

We realized that we had the same vision and needed to get working on the timelines, content, and design. We hashed out things together for a week during an intensive class where we traveled all over New England on a bus. Neither of us did design, so when Sam Moreno offered to do it for free, we snatched him up early and he became part of the team. We have lots of people helping us now, and we hope that as we work toward the intention of the site that it builds momentum.

Answer: There are 144 videos and that number is rising every week. We have videos about everything: theology, humor, hot topics, music videos, time lapse drawings, etc. We've had 19,000 people visit our Facebook page, translating into 930 likes. Our goal was 1,000 likes in one month. It will be close. We've had approximately 1,000 unique people visit thehaystack.tv website.

Question: How do you integrate your work on the site with your full-time job? How many other people are also involved in updating the site?

Answer: We are all students in seminary right now, so we are struggling with the time for the site. Our biggest concern is when we leave school and have to work full-time on something else. We may not be able to produce the content that we are preparing to be releasing weekly. There are five of us right now working on the site in different degrees.

Question: You have said that you are producing video webisodes. What are they about? Who is your intended audience?

Answer: Our target audience is 18-35. We aren't going to be discriminatory, though.

I'll tell you about two of the four shows we are releasing now. One is called Epiphany. It is a show about Bible concepts and books, explained.

Another show is called Inner View. It is a show where people interview people about random topics. The first one is called The Love Bug, and the two hosts are in a car filled with balloons that have sweethearts in them. They convince people to get into the car and pop a balloon. The sweethearts have words on them. They then have to tell a story about love relating to the word on the sweetheart.

Question: What is your background in filmmaking and production?

Answer: We have no background in film making or production. I actually approached our well-known evangelists and tried to pitch them this idea, but none were very interested. All the young filmmakers in our church were too busy or wanted to be paid. So, we decided we would do it ourselves even though we didn't know anything about making films. Exciting, right? We would love to have a film editor/producer/camera person on board!

Question: Why do you think that a media hub such as The Haystack TV is important for Adventists?

Answer: There are so many amazing videos by Adventists that are obscure and unseen. If we can bring them exposure, that would be awesome. Even better: it would be awesome if we could pull all of our media into one place where everyone could go to find it.

The fact that many young people are leaving the church, I believe, is due to so many things. I want to educate them about how cool and amazing the SDA church is, because often they get the other side of that from most people.

I want to educate them about how amazing the beliefs are. When I look at all the world’s religions I see things they have that are amazing. I believe Adventists have all of the good things from every religion in the world. It is our goal to not stir up a bunch of cynicism, but to build up the good, the happy, and the beautiful things about the church. That is what we hope to do through our shows.

Question: Is The Haystack TV aimed at North American Adventists? The title would imply that. Do you intend to post videos in other languages or have sections focused on other parts of the world?

Answer: Definitely aimed at North American Adventists. We considered having a Spanish page, but it is too early for us to put our efforts that way.

Question: What have you found to be the biggest surprise about The Haystack TV project so far?

Answer: Our biggest surprise was New Year’s Eve when our Facebook page was multiplying likes like crazy. We expect something similar, yet more regular, once we release shows regularly.