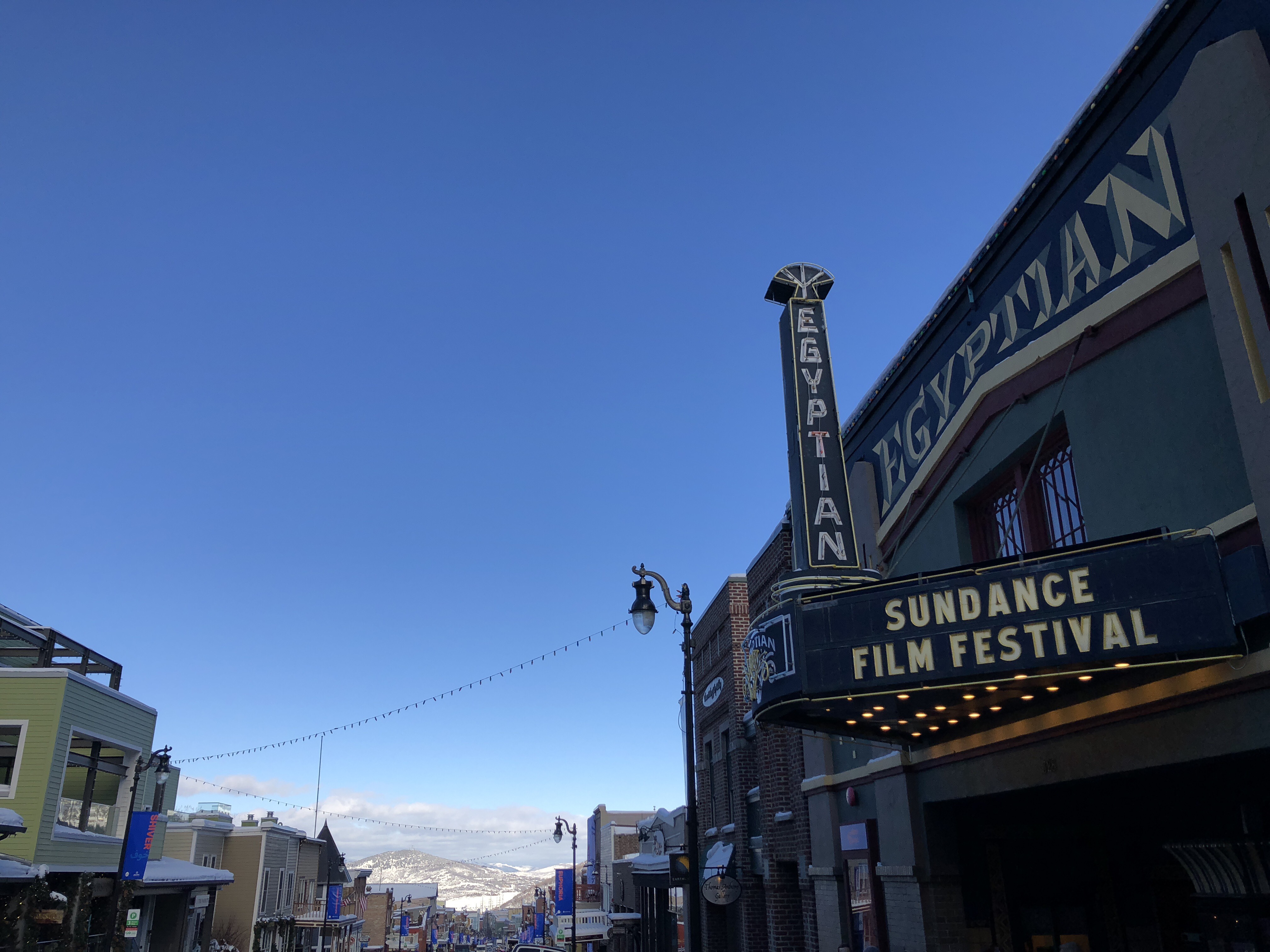 Greetings from the Sundance Film Festival. I’m here with some friends—Spectrum found out and asked me to send over some dispatches. Given that it’s my inaugural time at this cold august assembly, I looked up the Latin origins of “festival” to make sure I knew what I was getting into. Festival comes from the word “festum” or “festa” meaning feast.

Now maybe there is serious dining happening at the fancy parties that I somehow didn’t receive invites to, but the only feasting I am doing at Sundance is with my eyes.

As soon as I arrived I met a friend at a lounge sponsored by a major bank credit card company and was handed (for free!) a small Dixie cup-sized sample of a wild mushroom soup. Feeling like an ingénue I made my first mistake as I should have risked social embarrassment and asked for a second thimble-full because it was the last warm food I had for several days.

But as the apostle Paul says, when in Rome...so while hanging out with the Hollywood crowd I’m trying to fit in while shaking off the lightheadedness and “hanger.”

Now I could have paused to enjoy an overpriced meal, but that would have meant losing the rhythm of Sundance, which means watching films in two-hour blocks until 1:30 a.m. and then leaving the condo by 7:30 a.m. in order to stand in line to get access to the 9 o’clock screening to which I forgot to buy an advance ticket.

And my feasting eyes see incredible sights, perhaps most ironically in the film Blindspotting (2018) directed by the incredibly young and thoughtful Carlos López Estrada. If you liked Hamilton, you probably should see this Oakland story starring the town’s native sons: Rafael Casal and Daveed Diggs. Yes, that Mr. Diggs, the experimental hip-hop artist who originated the roles of Marquis de Lafayette/Thomas Jefferson. Variety says it well:

In psychology, a black-and-white drawing known as Rubin’s vase poses a visual puzzle in which the brain perceives one of two images — either the outline of a vase or two faces posed in profile — but can’t see both at the same time. Take that phenomenon one step further and you get “Blindspotting,” not just a handy term for humans’ inability to look past stereotypes and appreciate the full complexity of others, but the most exciting cinematic take on contemporary race relations since “Do the Right Thing” nearly 30 years ago.

Smartly, some of the scenes are shot in profile giving the audience two-opposing faces staring at each other, contrasting their skin tones and their inability to see eye-to-eye. I don’t want to give anything away—there is violence and tough love—but I will say that if someone wants to have a multi-dimensional opinion on police violence or gentrification or life—seek out this masterpiece. And it is fun. Early in the film there was a reference to the British suspense master Alfred Hitchcock and I wondered why—and then I spent the last hour of the film on the edge of my seat.

Speaking of young directors, after I watched Minding the Gap (2018) and the director Bing Liu was introduced, I noted that this man probably cannot buy alcohol or rent a car in America. But he can talk about a film’s gestalt and knows how to train his camera on truth. This might seem like high praise for a documentary that starts out with teens skateboarding in Rockford, Illinois, but Liu, in his tight jeans and Vans Sk-8 high-top sneakers knows how to ask his poverty-stricken pals very mature questions. As the cinema verite-style shooting continues into the second act we suddenly see three different real stories of domestic violence among his street-riding crew—sons, a mother, and a young couple react physically and emotionally to an existence that offers very poor choices. But then this incredible portrait turns inward—as Liu turns the camera on himself and his mother in a brave artistic and ethical decision that promises tears and hope.

Well, the Sundance film feast continues and I can’t wait to see what’s next and grab some almonds. More to come.

Alexander Carpenter is a board member of Adventist Forum, the organization that publishes Spectrum. Photo courtesy of the author.