Book Review: The Science of Virtue

Book Review: The Science of Virtue 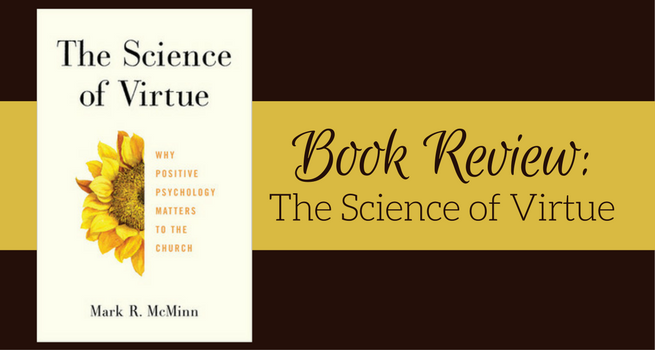 Author Mark R. McMinn begins his book The Science of Virtue with a personal anecdote that sets the stage for the following chapters: when he was preparing to leave for graduate school, a concerned couple from his church approached with a dire warning that to pursue a degree in clinical psychology would likely cause him to abandon his faith.

It’s a story that rings familiar to many Christians who have pursued degrees in the sciences, myself included: as an undergraduate studying psychology at an Adventist college, I was told my chosen degree would lead me away from God.

The Christian church has had a tense relationship with science for centuries (to put it mildly), but McMinn’s intriguing look at positive psychology is an effort to reinforce the delicate bridge between the two.

To do so, McMinn draws upon current and recent research on virtues — much of which is being conducted by Christian social scientists. He writes,

While it might not be fair to say that the war between psychology and religion is completely over, I find it remarkable that…committed Christians author much of the scientific psychology literature I read. Not only can psychologists be Christians, and Christians be good social scientists, but some of the most thrilling developments in the field have taken place because committed Christians decided to wage peace with psychology (1-2).

With these four reasons as a framework, along with the premise that “social science can enhance our faith just as faith can sharpen our science” (11), McMinn proceeds in discussing six virtues: wisdom, forgiveness, gratitude, humility, hope, and grace.

Before diving into the virtues, he offers a brief history on how the field of positive psychology evolved and the vital role Christian scientists have played from the very beginning:

In 1998 the president of the American Psychological Association, Martin Seligman, noted that we psychologists had done a very good job describing and treating what goes wrong with people, but had largely overlooked what goes right with people. Almost overnight a vibrant contemporary science of virtue was born, and since then many Christians have been involved in this new movement to study virtue scientifically. Many of the leading researchers on the topic of forgiveness are Christians, as are some of the world’s leading experts on gratitude. Almost every scientist currently studying humility is Christian. New research programs are being developed to study grace, and guess who is leading the way? It’s difficult to even imagine studying grace without knowing Jesus (2).

Each chapter (one for each virtue), discusses what the latest scientific research can offer in understanding each respective virtue, what Christianity can teach us about it, how the two can work together, and finally, how Christian counselors can incorporate this symbiosis into their work with patients.

McMinn begins with wisdom, which has received the most scientific study — at least three decades worth. Other virtues are still in their infancy where scientific research is concerned, including humility and grace, but McMinn proposes that though “science and faith may not be equal talking partners” yet for these particular virtues, “both have contributions to offer to the conversation” (115).

McMinn treads softly in his exploration, recognizing that a melding of psychological research with Christian principles may be met with resistance by some readers. Despite the challenges, which McMinn seems well aware of, he persists, and I think his gentle approach has the potential to win over even the most skeptical of readers.

McMinn does not shy away from discussing the limitations of science or the studies conducted, and his honesty is both refreshing and helpful in understanding what science can and cannot accomplish in the study of virtues. Nor does McMinn fail to confront the failings of the church in its own practice of the virtues it professes. In his study of forgiveness, he writes:

A church is a vulnerable place where we learn about one another’s foibles and weaknesses and vulnerabilities. And in the process we hurt one another with alarming frequency.

Where do we forgive? We forgive in lots of places, but perhaps especially inside the community of faith, where we have ample opportunities to wound one another and also to learn about and grow toward the character of Jesus. If the science of positive psychology can help us even a little bit with the mechanics of forgiveness, then the church stands to become a more beautiful reflection of God’s presence in this broken world (67).

As he concludes his book, McMinn offers the following appeal to Christians and their relationship with both faith and science:

Sometimes we act as if faith provides the final answers in life and that no further questioning or investigation is needed. This is neither good theology nor good thinking. Faith requires interpretation, and the lenses through which we interpret faith are always influenced by personal and cultural factors. Good theology — being sometimes called the queen of sciences — is premised on the assumption that mining the depths of faith is an ongoing dynamic process. We do not have all the final answers, but instead we have a God who longs to be known and who invites us into the mysteries and meanings of life. This is a humble posture, one that calls us to curiosity and hard work, rather than simply declaring to the world that we have everything figured out.

We Christians can resist science, standing defensively while looking for ways it contradicts or challenges our faith, or we can welcome science as a way to grow in humility. When science causes us to question our doctrines and presuppositions, then we are called into the adventure of working harder to understand the apparent inconsistencies and contradictions (164).

It’s an intricate balancing act, to be both scientist and Christian, and to attempt to weave those two sides together in a way readers will hear, accept, and take to heart, but I believe McMinn succeeds at the task in The Science of Virtue.

Alisa Williams is Managing Editor of SpectrumMagazine.org. This review originally appeared on the Englewood Review of Books and is reprinted here with permission.