Toward a Latin-American Adventist Theology Part 2: The Praise of Disorder

Toward a Latin-American Adventist Theology Part 2: The Praise of Disorder 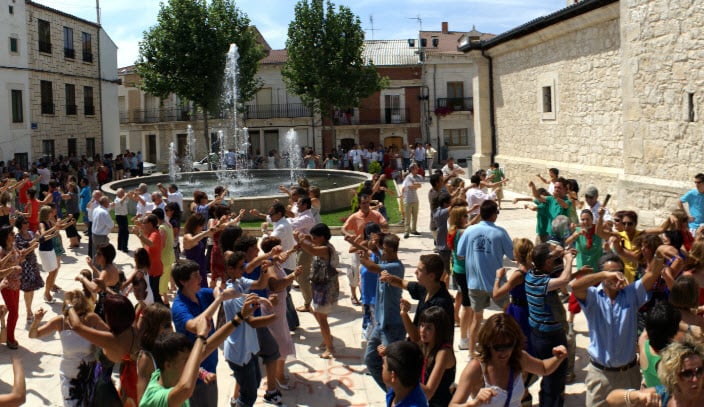 In last month’s column, I began trying to rearticulate Latin-American Adventism’s particular theological perspective. This led me to address, in broad terms, the first topic of any theological enterprise—the question of God himself. Which kind of God does our theology, practice, and mission really imply? And I remembered a too-frequently overlooked fact. That the true understanding and image of God is not given only by the doctrinal statements a church makes about him. The implicit non-religious presuppositions of God—cultural, sociological and psychological images—are often more determinant in establishing the final profile of a faith experience. And the presupposed God of Christian missionaries and religious leaders in Latin-America, Adventism included—from the 16th century through the present—is that of a non-relational God, a God distanced from people either by excessive power or by rigid rationality. I concluded that Latin-American religious “gullibility” is the virtue of approaching God immediately on a pre-rational basis that only secondarily tries to come to terms with theological argumentation.

The second topic we need to address, in this reconstruction process, is the question of Man. Which kind of human being does our theology, practice, and mission really imply? Latin America opposes the typical Western “Anthropology of Order,” at least partially and implicitly. Instead, it leans toward an idiosyncratic “Anthropology of Disorder” as expressed, for instance, in its abundant descriptive narrative productions.

Drawing on the Latin-American literary style known as “Magical Realism,” Chilean writer Isabel Allende’s “The House of the Spirits” tells the story of the Trueba family over several generations. It describes their complex interactions, loves, and ambitions, their spiritual quests and participation in the history of their times—a history that becomes a destiny and overtakes them all. Isabel Allende constructs a spirit-ridden world and fills it with colorful and all-too-human inhabitants including Esteban, the patriarch, a volatile and proud man whose lust for land is legendary and who is haunted by a tyrannical passion for the wife he can never completely posses. There is Clara, the matriarch, elusive and mysterious, who foretells family tragedy and shapes the fortunes of the house.  Their daughter Blanca is soft-spoken yet rebellious, whose shocking love for the son of her father’s foreman fuels Esteban’s everlasting contempt, even as it produces the grandchild he adores. Esteban’s political ambitions take him to the country’s senate, where he opposes left-wing reform efforts, while Blanca’s affair with an idealistic peasant boy results in Alba’s birth. The boy becomes a populist songwriter and a leading figure in the Socialist movement. A subsequent leftist victory is short-lived, however, and the elected government is deposed in a military coup. Alba, Esteban’s legitimate granddaughter, who has married one of the leftist leaders, is arrested and tortured by Esteban’s illegitimate grandson whose father is the product of Esteban’s affair with a peasant woman of the family estate. The Trueba family’s passions, struggles, and secrets span three generations and a century of violent change, culminating in a crisis that brings the proud and tyrannical patriarch and his beloved granddaughter to opposite sides of the barricades.

Against a backdrop of revolution and counterrevolution, Allende brings to life a family whose private bonds of love and hatred are more complex and enduring than the dramatic political circumstances themselves. These characters, men and women of heterogeneous and irreconcilable profile, randomly populate Allende’s narrative and give a sense of social and anthropological “disorder.” This accurately reflects, and sharply interprets, typical and idiosyncratic Latin-American richness, which no organizational policy or human engineering strategy is able to resolve or dissolve. This paradoxical and irreducible human density is what Western culture and theology have tried desperately to control through various cultural strategies. Two of them are the “individualistic turn,” and the “ethical turn.”

Western societies have become “horizontal and egalitarian” societies. They work with the anthropological and cultural presupposition of individual dignity and rights as the non-negotiable starting point for building up society. Protestant churches particularly have reinforced this cultural attainment. But, as often happens, collateral anomalies nest alongside the same virtues of persons and communities. And the “individualistic turn” is not an exception. In parallel with incredible achievements, it has also contributed to disarticulate true human rootedness and belonging. In addition, it presupposes an unnatural process of building up human identity. The isolated individual is an abstraction.

Charles Taylor describes the “individualistic turn” as the passage from a pre-modern sense of self that he calls “porous self” to a modern one he calls “buffered self.” The “porous self” stems from the social imagery of an enchanted world. Its primary trait is an openness toward the world as a causal matrix filled with other humans, spirits, demons, and cosmic forces that produce meaning. Think of a slate tile that remains porous and thus can absorb water and other elements. For a “porous self,” meaning unfolds in a middle space in which the self “absorbs” meanings that already exist in the external world and which come to us through the various and constant relations with other people. Meaning, then, is prior to the self. The “buffered self” instead is a mind-centered self in which a clear boundary between the interior and exterior world is now in place. Instead of a porous tile, think of a tile that has been sealed by some chemical process so it now resists water rather than absorbs it. The mind and world remain distinct spaces. Thus agency is primarily, if not exclusively, mental. The demonic becomes a manifestation of some psychological disorder, and cosmic agency is reduced to internal agency. Personal meaning and identity precede our relation to others. This is the new secularized social imaginary of the “buffered self” – closed off, at a fundamental level, to an enchanted world and to others. Here the boundaries between self and other, as well as between mind and body, are much more evident and firm.

We might expect more “diversity” and anthropological “disorder” to be present in individualistic societies. Instead, they have grown up as strong “disciplinary societies” which are structurally allergic to alternative behaviors and identities. Individualistic societies paradoxically show a sophisticated yet homogenized and standardized vocation, unable to deal with the legitimate “human disorder” our paradoxical human existence naturally implies.

Western societies tend not only to homogenize individuals from the “outside” (Individualistic Turn) but also from “within” (Ethical Turn). In modern times, Ethics does not disappear with the radical critique of its divine foundation. It actually reinforces itself by becoming the privileged arbiter of all human performances. In other words, modern Ethics is, from various points of view, a secularized “Ethics of Order.”  And this Order is obtained through a strong rationalization of the “action” (deontology) and of the “results” (utilitarianism) whose main result is precisely the dismantling of the intrinsic ambivalence of human action and identity.

This obsession with “order and discipline” is at the center of Michel Foucault’s thesis on the strong disciplinary vocation of contemporary western societies. The “Panopticon Theory” is the best metaphor for describing modern "disciplinary" societies and their pervasive inclination to observe and normalize. The Panopticon creates a permanent, visible consciousness of power. No bars, chains or heavy locks are necessary for domination any more. Foucault proposes that, not only prisons, but all hierarchical structures like the army, schools, hospitals and factories have evolved in recent history to resemble Bentham's Panopticon. And the same thought, though expressed more narratively, is proposed by George Orwell in his novel, Nineteen Eighty-Four.

3. Latin American New Evangelization: “The Neighbor who is here”

Latin-American strength resides in its capacity to consider “Others” (people) as part of any particular identity—all the way through. There is no time in which the “I” is alone, self-referentially determining its own meaning and value. Every true identity is relational. And we reach others not only in chosen and contractual decisions. The “Others” are already there, before we decide to welcome them. And these presences that “precede” us create this “irreducible Disorder” that structurally is part of any healthy theology, ethics, and religion.

This is what I call the “Virtues of Disorder.” In contrast, Western societies and churches work with the implicit formula “Etsi Homo non daretur” (as if man/neighbor did not exist). Consequently, Westerners can eventually teach Latin-Americans and south-hemisphere Christians more accurate psychological and administrative interpersonal strategies. But, if the essence of religion and life itself is to structurally think of oneself with “Others,” then Westerners have incapacitated themselves to do this by building efficient social systems that are unnaturally based on an “individualistic fallacy.”

This immediacy of others is not alien to the Bible. Jesus himself taught this when he reminded us to “love the neighbor as ourselves” (Mark 12:30-31). It means there is not a true healthy “self” without the “other’s” care, attention, and recognition. So we must start, for our own sake, paying attention to, taking care of, and recognizing others as a structural part of ourselves and of our world. We cannot welcome others into our lives after having achieved our goals. It would be too late. We must meet them all the way through. This is why our human work often becomes slow and fragmented. When others are really part of our journey, ours necessarily becomes a “slow life.”  And that is a favorable sign of our preserved humanity. When our life becomes a “fast existence” full of results and attainments, this is likely a sign that we are proceeding alone. The preservation of a certain measure of human “Disorder” is then a blessing. And, in this, Latin-American Adventism can give a partial, but certainly positive, contribution.