Critique of Tears That Changed a Nation by Charles L. Tucker

Critique of Tears That Changed a Nation by Charles L. Tucker 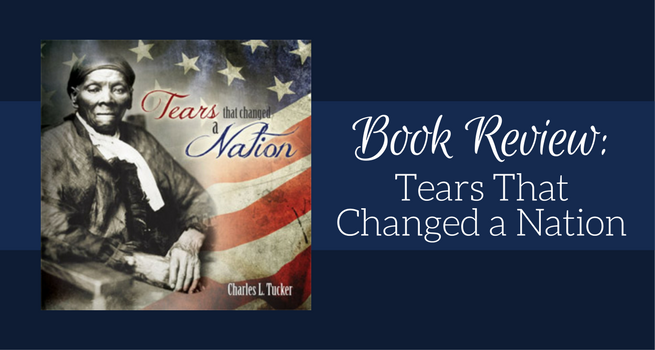 Summary: Tears That Changed a Nation (Remnant Publications, December 2016) is a biography about a slave named Arminta (Minty) O’Banion. There are some good qualities, including: artwork and photographs, inclusion of primary sources, vivid descriptions of the conditions of the Middle Passage and the savage punishments of masters upon their slaves, and bringing out some typically unknown story lines—like the massive amount of prostitution and VD during the Civil War and the untold after effects when soldiers went home and infected their wives.

However, its positive contributions are overshadowed by its propaganda. Tears That Changed a Nation is an example of the sad truth articulated by Chimamanda Adichie, "Power is the ability not to just tell the story of another person, but to make it the definitive story of that person." Adichie continues by quoting powerful words from the Palestinian poet Mourid Barghouti: "If you want to dispossess a people, the simplest way to do it is to tell their story."[i]

The power being exercised by Charles L. Tucker to tell a slave's story in a manner that leaves her masters' virtue unadulterated shows that the tears of African-Americans still have not changed the nation's inability to conduct honest reflection, let alone true reconciliation. Fortunately, all our tears will be wiped away in the kingdom of God.

Until then, I would not buy or sell this book or recommend it to my friends or family, unless given as a lesson of how not to write, package, and publish a book on Black History. Here are three glaring reasons why:

1. False advertising—false as in flat out lying. Having Harriett Tubman on the cover is attention getting, but misleading since the book is not about her. Discovering that a $30 book with Tubman on the cover is not really about her makes a person wonder what other bait and switch tactics are being employed. Not only is the book not about Harriett Tubman, it is not about anyone with an experience like hers. The author maintains that O’Banion was treated so well in her childhood she did not realize she was a slave. Tubman, on the other hand, suffered frequent and severe beatings as a child that disfigured her for life. This deceptive marketing should be cause enough for the book to be pulled from circulation. One can only speculate if that is the reason Walmart no longer carries it. The only reason I entertained reading any further than the fraudulent cover is that a friend asked for my feedback.

2. Heroification and the myth of the content slave. My gag reflex was activated when I read this in the opening of chapter one: "It was December 14, 1799 when the first president of the United States, George Washington, died at his home at Mount Vernon, in Virginia. . . . The slaves loved this man with all their hearts, bodies, and souls."

This seems to set a tone that is revisited in the storytelling throughout the book. Some facts of the cruelty of slavery are told, but the atrocities are mainly committed by namelIess, faceless villains. Meanwhile, people like George Washington and Edmund Randolph are upheld as honorable benefactors whose slaves are happy and content, loving and feeling loved—who do not even realize they are slaves in their early years because they are treated like members of the family.

It seems like something just as problematic as political correctness is going on here—and that is patriotic correctness. On the rare occasions in which the faults of the “Founding Fathers” are exposed, they are not repented of in order to be cleansed by the blood of the Lamb. Instead, they are cloaked in the stars and stripes to shield them from further critique. For all his virtuous deeds, our first president was still a slave holder who had to punish and make examples of runaway slaves. One example is in a letter he wrote instructing that a "rogue" and "runaway" named Tom be sent to unknown parts of the Caribbean in return for "one hhd of best molasses, one of best Rum, one barrel of Lymes if good and cheap.”[ii] Somehow I do not think Tom or his family cried when President Washington died.

3. Curious Omissions. In the appendix, "More Did You Know?" Nathan Bedford Forrest is mentioned for having 29 horses shot from beneath him during the Civil War—implying his courage and skill as a soldier and leader. What is curiously missing is this confederate general’s notoriety for The Fort Pillow Massacre and serving as the first grand wizard of the Ku Klux Klan. Some seek to sanitize Forrest's legacy by saying he disbanded the Klan, however it must be noted that it was in his interest to at least publicly distance himself from the Klan since he was under scrutiny of a joint congressional investigation. Needless to say, the KKK still exists. Not only that, but Nathan Bedford Forrest remains a legendary icon among Neo-Confederates and White Supremacists that vigorously fight to preserve his numerous shrines. Is this another case of heroification? Sharing horse trivia as the only noteworthy thing about Forrest seems to suggest admiration—which is not an emotion flowing from the hearts of Black Americans toward this ruthless war criminal and founder of America’s most infamous domestic terrorism organization.

The author of this review writes under the pen name C.M. Kinny's Ghost and is an ordained minister in the Seventh-day Adventist Church.