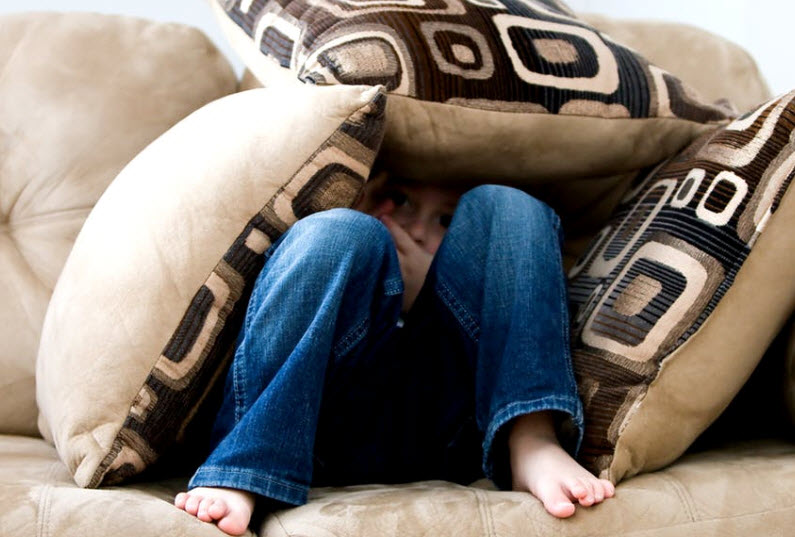 In 1895 H.G. Wells published a science fiction novel titled The Time Machine. It became a literary classic, eventually adapted into multiple film versions. It has also been heavily analyzed for its political, sociological, and philosophical ideas. Wells tells the story of a Victorian inventor, simply named The Time Traveler, who constructs a machine which can transport him in any direction through time. The Traveler then journeys far into the future and, on arrival, finds that earth is now inhabited by a race of small, gentle people called the Eloi. They seem to somehow have an environment fully meeting their needs, thus allowing them to focus on simple pleasures, without having to plan and work to support themselves—an idyllic society. Perhaps, he thinks, humans have finally solved the problems of competition and domination. However, when night falls, the Eloi retreat into shelters for sleep but are frightened and huddle together. The Traveler soon learns that each night a few of the Eloi go missing. Yet, the next day there are no searches, indeed, no mention of the missing. Their attention returns to enjoyment of the moment.

But quickly the Traveler uncovers the grisly truth. There is a second race of people in this futuristic world, the Morlocks, who live underground and are actually masters of the Eloi. In fact, the Eloi are being kept like cattle—as food for the Morlocks. Thus, their peace and momentary pleasures are now seen as a desperate diversion to keep themselves from despairing of the future—where some night they, too, will disappear into an unknown fate.

When I first read the book, long ago, I did not have enough depth of experience to understand the sorts of ideas Wells was exploring—like whether humans and their societies were improving or not. What struck me instead was how the Eloi’s situation was an existential metaphor for our own lives—although I would never have used such a fancy label at the time. The Morlocks can represent death—one day we each will reach the end of our lives in this world, somewhat at random, frequently with minimal warning. And, while the Eloi’s pleasure and in-the-moment fixation is far too simplistic for how we live, it is true (at least in my experience and observations) that we mostly focus on very short-term activities, seemingly wrapped up in goals and issues that are quite transient. We move forward as best we can in these endeavors, seeking a measure of stability, even the illusion of permanence, while somewhat subliminally always knowing that today might be our last day. Our focus, activities, and mental suppression of this fate can easily constitute denial.

Denial. This seems to me the key bridging idea that creates a valid metaphor between our lives and the Eloi. And I think this is worth some reflection even if you consider yourself a Christian and, thus presumably, possess hope beyond the grave. In fact, I will suggest here, that some reflection is especially useful for Christians as denial risk is perhaps more problematic because we could be in denial about the denial.

But I am getting ahead of myself.

We clearly know life is transient. We will all eventually die unless something never before experienced happens to us. And what then? Is there a future “heaven” or mere oblivion? Religion provides information, ostensibly from God, to answer this. Specifically, we Christians have the Bible which informs us about this after-death future and what the requirements are to obtain “heaven” and escape “hell. "  I’ll ignore the lack of theological consensus on the details to point out a much more fundamental reality: that accepting the veracity of this Biblical solution is less of a “sure thing” than the recognition that death comes for all of us. So, even for convinced Christians, the gap between the epistemic certainty of death vs. any certainty in a heavenly hope is significant and is a legitimate reason to reflect on the seriousness of our situation. We have first-hand experience that tells us everyone dies. Trusting that the Biblical story (or any others) is sufficiently certain to be an equivalent neutralizer is not as clear or easy. And that is also a reason we might bury any resultant discomfort with denial.

One of the first opportunities for denial is to pretend we are immortal. This is easier when you are young and your body usually functions well. Plus, you know, actuarially speaking, that death is way in the future. Truth creeps up, however, in many ways. Some around us die young, just as Eloi companions were snatched at random during the night. Also disease can strike you, negating the fiction of unending health. And the older you get, depending I guess on how reflective your temperament is, the more “reality grounded” you get about all this. Hence the old, dumb joke where one kid asks his brother: “Why does Grandma read her Bible all the time?” Reply: “She’s cramming for finals.”

There are, of course, plenty of valid reasons to have some immediate focus. Good things ought to be enjoyed—whether that’s food, scenery, friends, esthetics. The Bible recognizes this, as it should. This is not denial. But when we allow ourselves to get caught up in the immediate, over and over, throughout life, it should be cause for reflection—as to whether we are mirroring Eloi-like behavior.

Also, I think it is nearly impossible for us to reflect on what our own non-existence could be like. If there is nothing beyond the grave, then I am—what? How do I “try on” what annihilation “feels” like? I do not think we can. Such descriptors become nonsense if I am no longer in existence. And, while I am living, it feels like the future will continue for me—indefinitely.

Now I have been portraying this fundamental, distressing human situation somewhat starkly. In a sense, I want to de-construct the common surrounding hedges we risk building to keep this issue suppressed and facilitate denial. Hedges allow us to be Eloi-ish in some form. I do this not to destroy anyone’s faith but to ask readers to reflect whether they have been playing mental games in an attempt to keep the thought and fear of death at bay. Because, whether or not the Christian hope is true or instead is “cleverly devised fables,” I do not think anyone is well served by living in denial of the advancing prospect of death. Instead, we should—universally—be pursuing this question: Is there hope for our continued existence? The thing is, Christians can easily assure themselves that they have “been there, done that” by, in some way, accepting Jesus as their Lord and Savior. And now the death-angst will go away, right? We are saved! Well, I am here to suggest that perhaps it does not, not completely. Christians can go for years thinking they have got this faith thing nailed and then some tragedy strikes, and a faith crisis ensues.

It is primarily for this reason, to shore up a faith-foundation, even to prevent its collapse, that I consider this uncomfortable subject here. The epistemic gap between the Bible solution and the physical reality of death for us all needs to have that solution-story placed onto a very firm foundation if it is to hold steady in the face of some life tragedy.

This essay is intended to be mostly diagnostic. I wish to point out what I consider a very real risk, one that could collapse faith at the worst time. I expect some readers will believe this “problem” is merely me projecting my own faith-failures into a human universal. I have neither the space nor inclination to answer such criticism. If you think this whole subject is a non-issue—fine. Just conclude that you have simply wasted a few minutes of your life and move on to something more productive for you.

However, for those readers left, let me briefly suggest three germinal ideas to help solidify your faith foundation.

1.       No God worth his weight in worship would leave his people hanging out to dry, so to speak, on the most foundational concern we have—the continuance of our existence. I think it is fair to say that, if God exists, then he will solve the death problem properly, some day. So the issue broadens and, in important ways, simplifies. Can we believe in the existence of a just god or not? If so, getting death “fixed” will be a consequence of that God’s character.

2.       I believe it ought to be uncontroversial that there is an epistemic “gap” between the undeniable reality of our impending deaths on the one hand and a salvation story we read about in some ostensibly revelatory document, on the other hand. Thus adequate faith (i.e. with enough solidity to bridge that gap) is not a trivial pursuit or attainment. And it risks being eroded as life batters us. But surely if we can see there is a significant problem here, God sees it far better. And just as surely, He would cut us lots of slack as we try to develop and maintain an adequate grounded faith—slack—including sympathy for our struggle and plenty of help in giving us ways and means to grow our faith, even bridging across unresolved, legitimate doubts we wrestle with. If the analogy of God as father holds, then He (like we earthly parents) wants the “kids” to make it and will do everything possible, without violating our will, to keep us from being blown out of the water. Including . . .

3.       Providing an incarnation to show us his character. That is Jesus—not just God stooping down to meet humanity, at great personal cost—but giving us the most understandable (and thus relatable) demonstration of how far and deep God will go to save us. The shortest Bible verse is what? “Jesus wept” (John 11:35). At what? Death—death of a dear friend, Lazarus—human relatable, deep, foundational, emotional, weeping. And then he demonstrated how God can—and says he finally will—defeat death.

It takes non-trivial faith to believe that story, both that it literally happened and that it portends a full restoration, with death conquered. Today’s world is mostly beyond religions that compete with each other by comparing their doctrinal content. Today, the question is whether God exists—and then whether the promises hold. An adequate faith-foundation is more central than ever before. And denial of the serious potential for its erosion and destruction is a real danger.

Just think about it, from time to time.