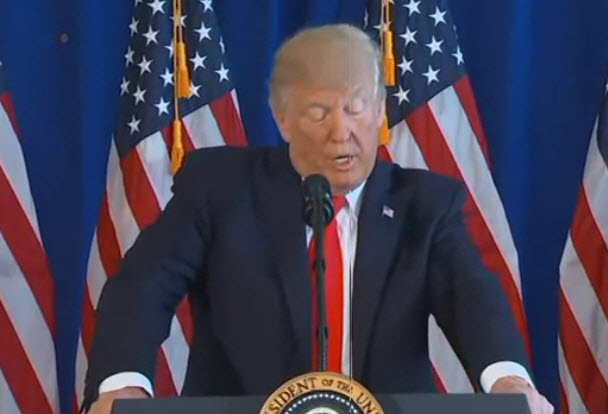 The equivocation of this nation’s leader in the wake of a march for White supremacy and a terrorist attack in Charlottesville just over a week ago put in stark relief something many of us knew long ago. Donald Trump is a man with a malfunctioning moral compass who for some reason decided to give comfort to the Ku Klux Klan and Neo-Nazis.[1]While many denounced Trump’s flip-flopping last week, and polling showed that the majority of the nation disapproved of his response, one group came to Trump’s defense—White Evangelicals. Several leaders in the past week released statements fully supporting and defending Trump’s response to the tragedy.

Despite those position statements, in the aftermath of Charlottesville, many rank-and-file evangelicals questioned the President much like those who would consider themselves more progressive Christians.[2]Many I saw on social media and spoke with began to question whether they made the right decision in November. One person who commented on a Facebook page sung a familiar refrain—bemoaning the lack of good choices last November. While Trump’s racism bothered this person, he was equally concerned by Clinton’s support of abortion and same-sex marriage. In the end, he voted for him despite believing Trump has racist views. He felt that, as a Christian, no matter the choice he was going to be disappointed and that is something he had to live with in a sinful world.

As someone who has his academic training in questions involving religious liberty, invoking issues of abortion and same-sex marriage caused me to perk up.[3]While I understand this gentleman’s logic, I still find it problematic for three reasons. First, I think he is not being honest with himself when he says he finds racism as appalling as abortion/same-sex marriage. I would think that if he were  making his voting choice strictly on these particular issues (and I have nothing but his word on that) and if he found these things equally appalling, then he would have made the decision many did during this last election—stay home or vote for someone other than the two major candidates. Instead, by his own admission, he supported Trump. Logically, his support for Trump seems to suggest that he values ending abortion and same-sex marriage more than supporting a president with racist tendencies who would create deleterious policies toward people of color. He certainly has the right to think that, and I can even fashion how that could make sense to him.[4]

My second reason exposes a fundamental flaw in this thinking and is part of the reason why I made a different decision when faced with the same choice. Racist policy is determinative while abortion and same-sex marriage are permissive issues. If a nation allows abortion or same-sex marriage, it has not actually done anything overt. It has created no legal demand. It has not even given an ethical license. Instead, the state would be allowing citizens to decide what is proper in those situations.[5]The state has given permission to do something, but it is not forcing anyone to do that thing, and it is not even giving an opinion on whether people should do that thing. Racist policies, however, are determinative. When you appoint someone with a troubled racial history to be Attorney General and then the Department of Justice withdraws from challenges to the voting system in this country, you are actually making it harder for people to vote (which disproportionately affects people of color). When you appoint an uninformed and situationally incompetent person to be head of the Department of Housing and Urban Development and then drastically cut the department’s funding, you are affecting the ability of many poor and disadvantaged people of color to have a home. Those are real consequences that can only be arrested by the very people who created them.

Third and finally, choosing the political opportunity to end abortion and same-sex marriage also violates the principles of religious liberty. Freedom of conscience and the ability to choose are the bedrock of religious liberty. Each of us gets to decide what we believe and act on those sincerely held beliefs, unencumbered by the potential for punishment from the government. Abortion and same sex marriage are issues of belief, not issues of fact. Several religions differ as to when human life begins. The marriage contract that two consenting adults make, in accordance with the state and their God, is nobody else’s business. The same freedom that allows us to choose to be Adventist and follow the idiosyncratic tenets of the faith gives others the ability to follow the tenets of their beliefs, marry whom they choose, or make the difficult decision to terminate a pregnancy. So the decision to support Trump takes on a different and more troubling form—selling a political soul to a devil in order to accomplish ends outside the character of God. I guess it does make sense after all.

[1]Some may take umbrage with this statement, but I think the history of Trump’s responses to this tragedy bear out this conclusion. Trump’s first response, which refused to call out White supremacists or Neo-Nazis and which seemed to equate fascism with antifascism, essentially rendered his later more explicit statement null and void. Moreover, his full-throated defense of his first statement at an impromptu press conference the next day made it clear which group Trump felt was more at fault. By the way, I am willing to apply the simple version of Occam’s Razor in order to determine why Trump would do such a thing.

[2]Let me reiterate here my objection to using terms like “liberal,” “conservative,” and “progressive” in reference to theological frameworks. I use the terms here for ease of comprehension not because I necessarily find them appropriate.

[3]For those who are unfamiliar, abortion and same-sex marriage tend to be hot-button religious liberty issues because Evangelical Christians, as a political entity, focus on ending these practices as part of their political agenda, based in their religious beliefs.

[4]It is not far-fetched to decide that people of color can protect themselves while the unborn cannot.