The Convenience of Compassion 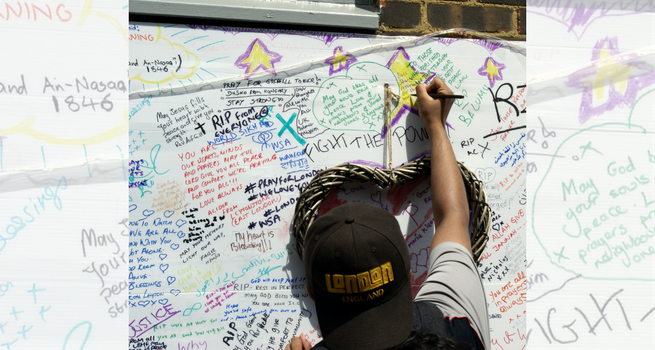 Earlier this year in June, in my home town of London, a tragedy occurred for which the current death toll stands at 80 people, but the reality is that many more are still missing. The tragedy I am speaking of is the Grenfell Tower fire.

But praise God, not everybody died.

I can recall sitting watching the morning news and interviews with survivors. One survivor broke down weeping as he recalled the blinding smoke and the wall of heat, the fear he had for his child and his partner that this would be the day they were all going to die. I was moved. I felt a deep compassion for this young man and his family and so did the rest of the U.K.

Donations of food, of clothes, and of money began to flood in to local community centers. Churches and mosques became active in providing support and the whole national aim seemed to be that these people who have just lost everything must be supported.

But all good things must come to an end.

Compassion was no longer convenient.

The grief, the anger, the distress of these survivors was too much and was getting in the way of others who just wanted to move on with life themselves. They wanted to move past this horrific event and be able to go back to their normal daily routines without being faced with images of people asking where their loved ones were on the morning news. They no longer wanted to read in the morning newspaper that some of these survivors were sleeping rough on the streets because they had nowhere to go. Compassion now needed to be more than just an emotional response but a conscious one, and that required too much effort.

On the cross, after being beaten and mocked, Christ interceded for his accusers: "And Jesus said, 'Father, forgive them for they know not what they do'" (Luke 23:34). There is no anger. There is no bitterness. Christ does not rebuke them for the torture he has endured and is enduring. Instead, there is compassion for their ignorance.

As Christians, are we like a proportion of people who had enough of the Grenfell Tower survivors and their plight? Do we look at the young girl in our church who has gotten pregnant for the second time and think, "We supported you with the first; to do so with another is just too much"? Do we look at those in our midst who are struggling with addiction problems and think to ourselves, "It's been six months; you should be over this by now. I am not wasting any more time"? Does our compassion only extend so far as it does not require a sacrifice from us?

For myself, I strive to be like Christ who, at the most “inconvenient” of times, chose to express love and feel compassion.

But if the day should come where my feelings of compassion should ever run out, my prayer is that God will grant me the strength to choose to be compassionate.