The Art of Biblical Feasting 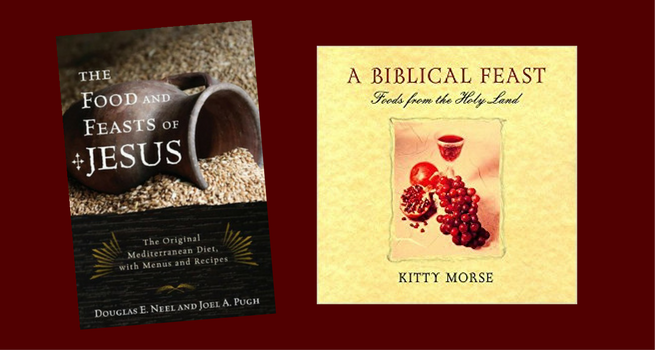 For Douglas E. Neel, biblical feasting began as a tradition that followed Saturday confirmation services at his Episcopal Church in Dallas. After a ten-week period of confirmation classes, students would have the option to affirm their faith by baptism or confirmation in a special Saturday service. “One of the great highlights of the day was lunch,” according to Neel. He would tell the students, “Now that you are confirmed, we must eat the food that Jesus ate.” They would all then go to the Middle Eastern restaurant around the corner from the cathedral, pull tables together, and enjoy a biblical feast. He says, “Something important happened when they pulled those tables together, passed around platters of food, and shared the meal and good conversation. Not only did they celebrate the faith commitment made by those who were confirmed, but they also celebrated the existence of a small community that was created by the common experience of attending class week after week.”

Neel believes that food and feasts can create communities. The success of the confirmation meals were just the beginning of his exploration of biblical food. He owned a catering company specializing in first-century food, teaches classes on ancient food and feasts, and makes his own cheese and wine. He also writes books. With his friend Joel A. Pugh, a serious amateur cook, baker, and brewer who has studied ancient bread and winemaking, he wrote the book The Food and Feasts of Jesus: The Original Mediterranean Diet, with Menus and Recipes. His descriptions of the traditions associated with the feasts adds to the recipes and menus included for Sabbath, wedding, harvest, and Passover feasts, among others.

Kitty Morse was born in Casablanca, Morocco, and immigrated to the United States in 1964. As a graduate student, she began perfecting family recipes and hosting Moroccan diffas (tribal feasts), which led her to start a Moroccan catering company. In 1998, she published A Biblical Feast: Foods from the Holy Land. A list of the foods mentioned in the King James Bible provided her with a starting point. A biblical text serves as inspiration for each recipe. Numbers 11:5, for instance, is noted in association with Leek Dip. “We remember the fish, which we did eat in Egypt freely; the cucumbers, and the melons, and the leeks, and the onions, and the garlick.”

Morse’s book was given to me as a gift. It inspired my interest in biblical foods and served as the basis for several dinners that I prepared with friends from church. We made Abigail’s fig cakes mentioned in 1 Samuel 25:18, unleavened griddle bread, Jacob’s Pottage of lentils, barley, mustard greens, and mint. We braised cucumbers and leeks with fresh dill and thought about the admonition from Matthew 23:23: “Woe unto you, scribes and Pharisees, hypocrites! For ye pay tithe of mint and anise and cumin, and have omitted the weightier matters of the law, judgment, mercy, and faith: these ought ye to have done, and not to leave the other undone.”

Around that time, discussion began within the Adventist Forum Conference Planning Committee for a conference focused on reading the Bible. To extend the experience past the words of the Bible, we decided that the occasion deserved a Biblical Feast. And that is how we will celebrate the Sabbath together in Portland, with a feast of Biblical foods.

The recipes and books by Morse and Neel that inspired the Feast will also be available during our Friday Feast of Words—a Book Fair from 4–7 p.m., September 1, before the start of the conference.

We invite you to join us for a weekend of feasting September 1–3, at the Portland Marriott Downtown Waterfront Hotel. Conference registration continues until the start of the conference. However, the special discounted hotel rate ($149/night) at the Waterfront Marriott is only good until August 11. We encourage you to reserve your room right away.