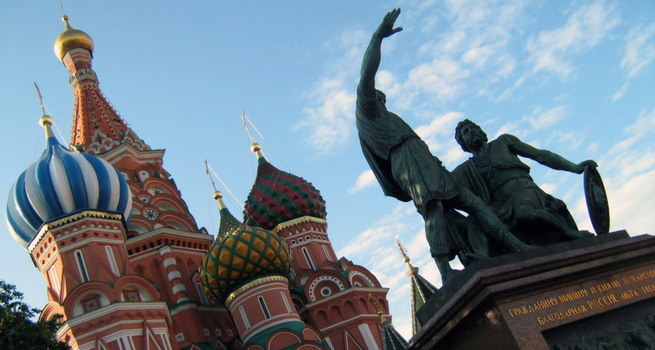 June 11, 2017 | Moscow, Russia. In a first, a representative of the Seventh-day Adventist Church has been elected to the Public Chamber of the Russian Federation, a State advisory body. Oleg Y. Goncharov, a Seventh-day Adventist pastor who serves as the Public Affairs and Religious Liberty Department director in the Euro-Asia Division church region, based in Moscow, will be a member of the Public Chamber of the Russian Federation for the 2017-2020 period.

Adventist leaders in the country believe this is a milestone for the Adventist church in Russia.

“For the first time, a representative of the Seventh-day Adventist Church was elected for such an important area of social and civil dialogue in Russia,” said church leaders in the region, which includes the Russian Federation and other former Soviet-era nations.

The results of the election to the advisory body were made public on June 6. The candidacy of Goncharov had garnered the support of the Russian Association for Protection of Religious Freedom (RARF) and other national and regional organizations, including the Seventh-day Adventist Church.

Church leaders also believe Goncharov’s election is a nod to the work and status of the Seventh-day Adventist Church in the country. “It certainly shows that in Russia, society, and government leaders highly respect the Adventist Church,” they said. “It is a significant event in the life of our church.”

Candidates could apply for 14 different advisory areas. Goncharov was nominated to serve in Area #8, “Coordination of Interethnic and Interreligious Relations, Support for Civil Peace and Harmony.” Others areas include “Supporting Families, Children, Motherhood and Work with the Youth” and “Supporting Charities, Volunteerism, and Civic Education.”

In his candidacy statement, Goncharov openly stated that he is a Seventh-day Adventist pastor and mentioned his other religious liberty advocacy and public contributions. Only three positions were available for the 27 candidates who applied to this area. With 57 votes, Goncharov was third.

According to the official site of the Public Chamber, the advisory body, created in 2005, works to protect the rights and freedoms of citizens and the interest of public organizations. Its stated mission is to create conditions for egalitarian dialogue between social actors and government officials.

“[We expect him] to work to solve pressing problems that religious organizations may be going through in Russia,” church leaders said.