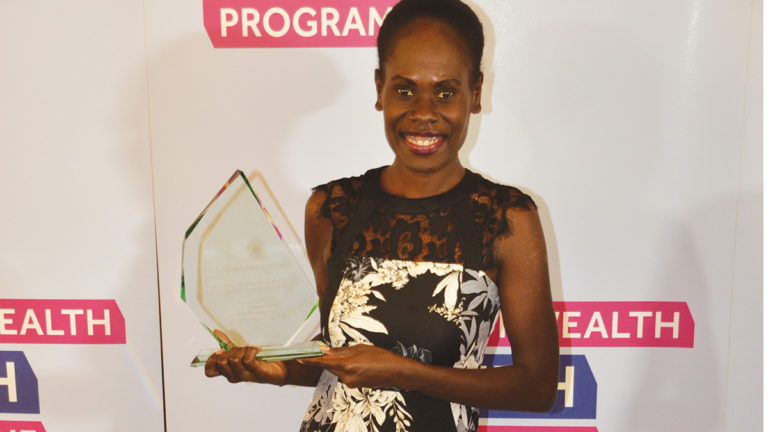 For the second consecutive year, a Seventh-day Adventist young person was announced as a winner for the South Pacific region of the 2017 Commonwealth Youth Awards for Excellence in Development Work.

Jacqueline Joseph, the CEO and co-founder of a youth-led organization in Papua New Guinea (PNG) that uses sport as a tool to end gender-based violence, was presented with the award at a ceremony in London in March.

The annual award acknowledges young leaders under 30 who have demonstrated initiative in spearheading projects that will contribute to the Sustainable Development Goals—a set of 17 global targets that governments have committed to achieve by 2030. Selected from more than 200 nominations, Joseph was one of 17 finalists chosen from the 52 Commonwealth nations for the annual award.

“Receiving this award is a great honor as it recognizes the hard work and dedication of all the people who have been involved in Equal Playing Field (EPF), and more importantly God’s faithfulness and leading,” said Joseph, a member of Vai Memorial Seventh-day Adventist Church in Port Moresby. “I feel privileged to represent the Pacific region and want to recognize the many other young people around the world who are leading initiatives that are bringing about positive change. Social change never happens in isolation.” 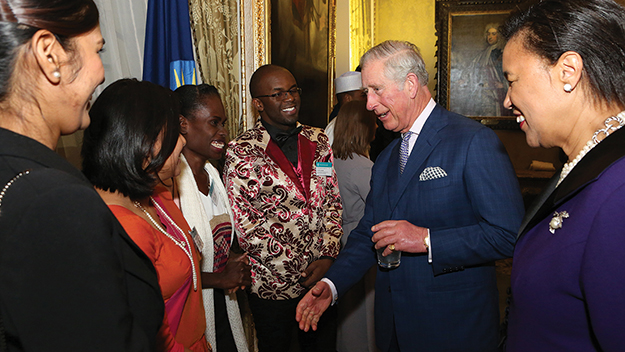 On March 15, Commonwealth Secretary-General Patricia Scotland presented the four regional finalists with their awards and praised them for their efforts to deliver the Sustainable Development Goals.

“With our Commonwealth Youth Awards, we honor exceptional individuals whose practical sense of purpose is uplifting and whose passion inspires us,” she said. “I encourage anyone who thinks they can’t make a difference to follow the example of these youth leaders who are working in imaginative ways to make our world safer and our societies fairer and more inclusive.”

Joseph’s dedication and leadership in EPF has seen the organization grow as a movement for change for young people and by young people themselves. The organization is inspiring many in PNG to address the issue of gender-based violence and is giving staff and volunteers a renewed sense of hope that, together, change is possible. Since EPF’s establishment in 2011, Joseph has helped design school programs to teach thousands of young people in Port Moresby and Bougainville about respectful and healthy relationships.

“These eight-week programs for 13- to 15-year-olds have fostered frank and open discussions and proven to be an effective model of working with young people to prevent violence against women and children,” Joseph said. “But more importantly, we have seen how the attitudes and behaviors that allow violence against women and girls to occur have been changing and contributing to the building of stronger, safer, happier communities in PNG. For the first time, I am seeing children at an early age begin to question and challenge social norms on the value of women. For the first time, I see an emphasis on respect in relationships.

“We want conversations about preventing gender-based violence and creating respectful and healthy relationships to continue. And as Christians, I believe that we have an important role to play in doing more to change attitudes to gender-based inequalities. We are well-positioned through our education and health systems, and I hope we can lead even more discussions about healthy relationships and preventing and addressing gender inequalities in our communities.”

Whether it be through EPF, her church, or local community, Joseph has a vision to achieve lasting change in PNG and beyond. In 2016, she was also recognized by the International Youth Foundation in Costa Rica and later awarded in the Young Achievers category of the Westpac Outstanding Women (WOW) Awards in PNG for her work in leadership and contribution to her community.

While her achievements have taken her many places, Joseph is quick to praise God’s continuous guidance. “I have found how critical it is to live in His presence every single day because He really is the strength and victory that the world is searching for.”

This story was written by Sonja Kama and originally published on Adventist Record. It is reprinted here with permission.