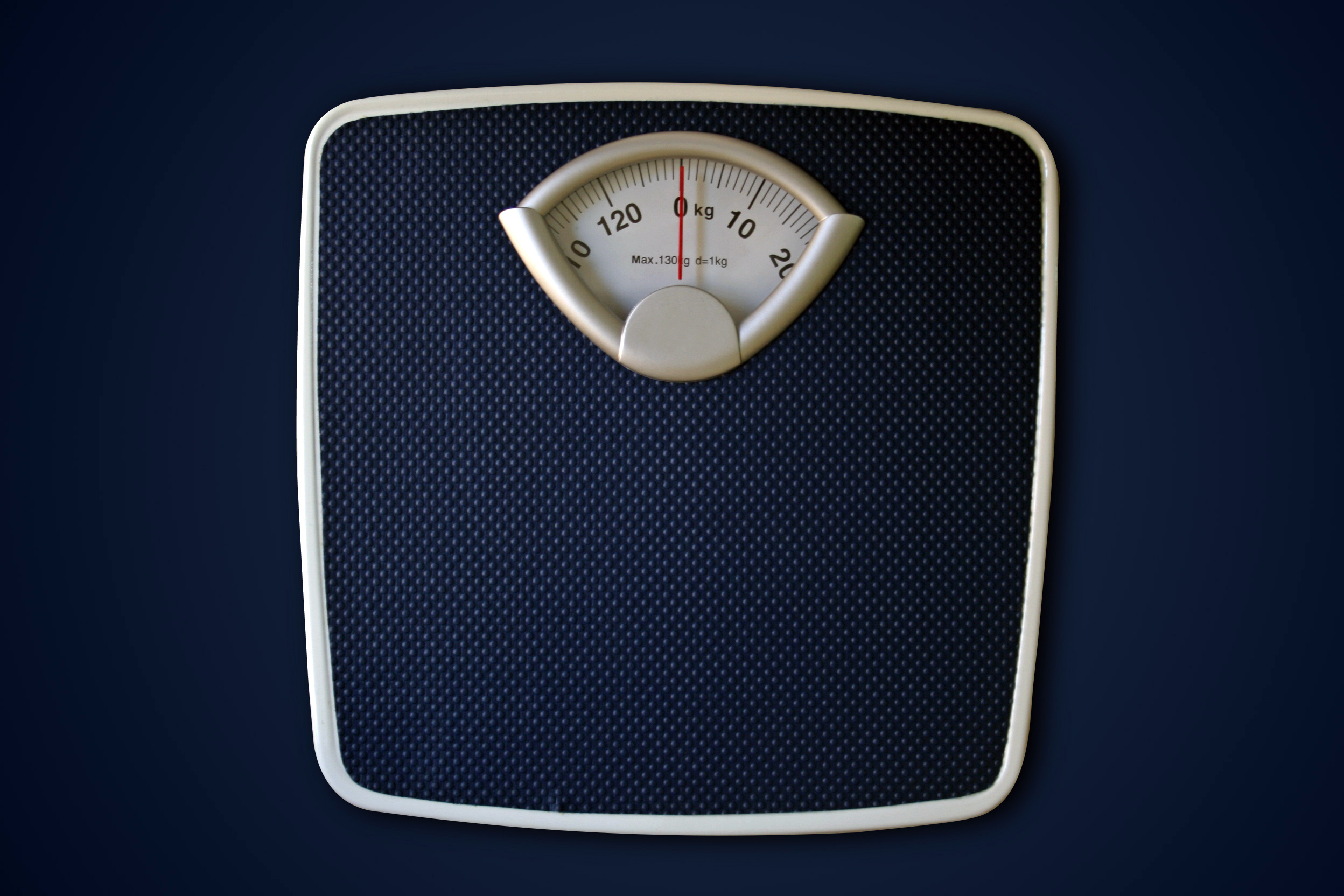 The pastor I worked with during my ministerial internship was one of the most brilliant people I’ve ever known. I came to ministry lacking, I think, a natural aptitude for the job. Even after a college degree, I was mostly clueless about how to be a pastor. Bob was my first role model. He was an excellent preacher, planner, writer,  and communicator. In the days before computers made audio-visual easy, he created amazing presentations with multiple slide and movie projectors synced with music and narration. He had an uncanny grasp of congregational dynamics: I remember him telling me before an important board meeting exactly how it would go, which member would say what, and who would raise what objections—and he was right! (After pastoring nearly 40 years, I now can occasionally do the same thing.) And he had a wicked sense of humor that he unleashed when away from the church members.

Yet what everyone remembered about Bob was not his brilliance or his talent, but his size. Bob was not just pudgy. He didn’t just have a stomach overhanging his belt. He was massive—well over 400 pounds. Even to me, his young assistant, church members made remarks. The kinder of them tongue-clicked and mumbled “Isn’t it a shame? And such a brilliant man. . . .” Sometimes there was no attempt to be kind: “How can this man represent our health message?” and “Clearly, he can’t control his appetite.” To these Bob’s corpulence wasn’t just a health problem but a spiritual problem. They didn’t have the tackle to say it to him directly, but their intention was pellucid: being as fat as he was was a sin. He should not only be ashamed but feel guilty.

Which he did—to a degree they could never have imagined. He didn’t require their behind-his-back scolding to feel bad about his body.

I felt defensive about Bob, and I still do when I run into someone from the old days who knew him. (He—predictably—died younger than he should have.) Bob was good to me. He defended me when a foolish administrator was giving me a hard time. He was unselfish; he pushed me to try every pastoral task that he did. He was praising and encouraging. His friendship and mentoring meant the world to me.

Of course, his enormous size was a handicap. He strained to get up out of chairs, and at least once, I remember, broke one to great embarrassment. He wore special industrial-looking shoes and had to get his suits at special stores. Getting into and out or cars was a chore, and riding with him in my compact car wasn’t pleasant; he filled his space and intruded into mine. He moved slowly and sweated heavily. Whatever his natural gifts, they often seemed eclipsed by what people saw when they looked at him.

I thought that his size should be worth overlooking in deference to all he had to offer. But Adventists aren’t known to hold back a criticism if we think we’ve got a good one, especially if we can nail it into the sinner with a Bible verse or Ellen White quote. Those who grumbled to me about Bob weren’t exactly ideal specimens of physical culture themselves. They just weren’t as fat as he was. Their scolding, it seemed to me, covered up the relief they felt in seeing someone more out of shape than they were.

We can agree that being fat isn’t healthy. But is it a spiritual problem?

The Bible isn’t as clear about this as some suppose. It was written in a time when people worked tremendously hard to get food, yet average people had fewer calories available to them than we have now. There are only two people described as being obese in scripture: Eli in his old age (1 Samuel 4:18), who was a beloved priest to Israel in spite of it, and the Moabite king Eglon, whose shape is noted mostly for the disgusting detail that when Ehud stabbed him, the sword was completely buried in Eglon’s fat (Judges 3:12-22).

But in general, being fat in those days wasn’t a bad thing: when the slaves in Babylon are praised for the outcome of their healthful kosher diet, they’re described in Hebrew as being nice and fat (Daniel 1:15), which in that world meant they were healthy.

The Bible does address gluttony, and when people make a spiritual matter out of being overweight that seems to be the deadly sin they’re referencing. That’s a questionable interpretation for several reasons. First, biblical gluttony is almost always about selfish rich people who satisfy themselves at the expense of others. It usually appears not as a condemnation of health or self-control but of selfishness and lack of empathy (1 Samuel 2:29, Jeremiah 5:28, Psalm 73:7).

Second, it isn’t clear that gluttony is as simple as overeating. The Torah, Jesus, and the Proverbist all link it with drunkenness: “Be not among drunkards or among gluttonous eaters of meat, for the drunkard and the glutton will come to poverty” (Proverbs 23:20–21). Health isn’t the issue here but shirking one’s responsibilities. Thomas Aquinas thought that besides eating too much, gluttony included gourmandism: obsessing about finding the perfect foods, involving elaborate preparation and expense. That would make those of us who are infatuated with vegetarian or vegan diets (I have been in groups of Adventists who talk about little else) as guilty of gluttony as those who eat to gratify their tastes. (I am constantly surprised at the number of fat Adventists who speak boastfully of their strict diets as though we’re supposed to believe they got that way by eating carrot and celery sticks. Come to one of our potlucks and watch everyone digging in and only then assess our collective self-control.)

Third, the glutton is proud of his gluttony. He doesn’t hide it. His appetite for quality and quantity of comestibles is apparent. That’s not true for most unhealthily fat people I know. They feel bad about their weight and castigate themselves for lacking self-control.

It is this last point that Ellen White speaks when she writes about appetite as a sin. She goes so far as to characterize Eve’s eating the fruit at the fall as a function of appetite, which is why, she says, Jesus’ first victory had to be over appetite (when Satan asked him to turn the stones into bread.) “The fall of our first parents was caused by the indulgence of appetite. In redemption, the denial of appetite is the first work of Christ” (God's Amazing Grace, p.162). These interpretations may be forgivably eisegetical, considering the teachings about diet that she was then expounding. Granting that self-discipline is surely necessary, I have a hard time thinking, as Ellen White seems to, that appetite is the original sin. Unless that tree grew KrispyKremes powdered with cocaine, I’ll go with the sin identified by Genesis: disobedience.

I’m not defending being unhealthily overweight. I am insisting that self-control is difficult, and very few are as successful at it as you might suppose. Genetics and upbringing, not conscious decision-making, has much to do with what our bodies look like.

Let’s also admit that a not inconsiderable factor in our preoccupation with weight is vanity—also a biblical sin. I’m fairly sure that if our culture valued large bodies (as some cultures do) we’d probably figure out a reason to make spiritual judgments about slim people.

I‘m not fat, and I don’t gain weight easily. A few have erroneously assumed that that shows marvelous appetite discipline. I was blessed by genetics with a great metabolism and an adequate but not exceptionally vigorous appetite. (The same gene pool that blessed me with some less admirable qualities, by the way, that I don’t have to mention.) It would be dishonest for me to take credit for my frame; I was born this way, like someone would inherit natural artistic or musical talent. I deserve no plaudits for self-control.

My overweight friend, on the other hand, was constantly trying to lose weight. He didn’t succeed in keeping it off (not many people do), but he exercised more self-control in one week than I’ve had to exercise in my whole life. If self-control is a measure of spiritual strength, who had more?

After a lifetime of being a pastor (which means occupying other people’s heads a bit more than the average person does), I know that many Christians harbor sins of self-control, some sins they can get away with longer than the person who eats too much because it doesn’t show as readily. Your body size may be a function of genes, metabolism, upbringing, self-control, and habit, but it fiendishly displays your trespass in the very thing that houses you and carries you around. And you’re stuck in it.

Bob undoubtedly had a metabolism that easily turned food to fat. He was also a compulsive eater. I’m not enough of a psychologist to explain why, though I suspect there was some emotional aspect, maybe a way of comforting himself. Perhaps the fatter he got, the more he sought the solace of food—a vicious cycle he couldn’t escape.

Jesus said, “Do not judge, or you too will be judged.” (A conditional statement sadly false in its latter part: I’ve seen no evidence that not judging others means that others won’t judge you anyway.) I am quite certain (because Jesus said so to the Pharisees) that the prohibition against judgment is more significant than how you eat.

As for good health, it is mentioned only in passing in the Bible and by Jesus not at all, which makes it surprising that so many of us have moved diet to the top of our spiritual to-do list. Our bodies, let’s remember, are of this corrupt old earth—what we occupy before the moment when, in the twinkling of an eye, this corruption puts on incorruption. Storing up treasures in heaven means that character development takes precedence not just over possessions but over the state of these mortal bodies, too.

It’s lovely to be healthy. But no one will be saved by a good diet or a trim figure. No one. The question for us is how we, as people who claim to exalt good health, are to assure unhealthy people that they can have full confidence that they’re saved.