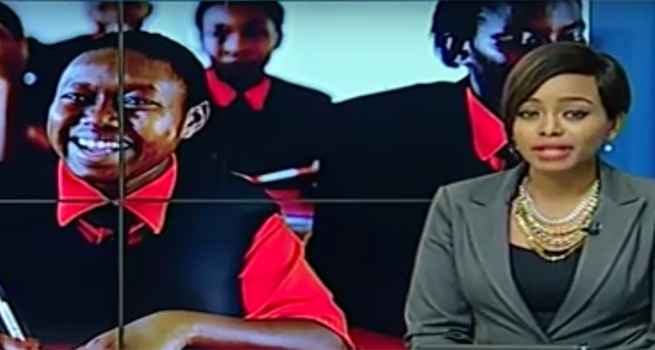 Kenyan Adventist Students No Longer Required at School on Sabbath. Kenyan Seventh-day Adventist students have the right to worship on Sabbath and will no longer be required to attend school on Saturday. The church argued that “Adventist students were . . . being denied the right to practice their faith in accordance with the fundamental tenets of their religion.” From Standard Digital, “No classes for SDA Students on Saturday, Court Rules.”

Jamaica Adventist Churches Tackle Crime Reduction Through Youth Mentoring Project. In April, the local Seventh-day Adventist Churches in western Jamaica will begin a youth-mentoring program to combat the community's crime problem, targeting 7,000 inner city youth in an aggressive anti-crime and anti-violence campaign. "The youth leadership in the church has accepted the challenge and, between now and the end of March, are committed to finding 7,000 youth leaders in the Adventist Church and pairing them up with another 7,000 youths in the church that are prone to drifting," explained Pastor Glen Samuels, president of the West Jamaica Conference Center. He said the mentorship program goes beyond just instilling moral and spiritual values. The project will also aid youngsters in education and skills training as well as assist them in securing jobs. "Once the persons complete the program, then the nurturing continues with the whole issue of determining who wants to go to school, who can be aided to get a job, and so forth," said Samuels. "So, ultimately, we hope to make them not just better citizens, but citizens of the Kingdom of God." From The Jamaica Gleaner, “Adventist Church Targets 7,000 Youth in Anti-crime Drive.”

Blue Zones Project Founder Reveals Longevity Secret: Community Values. Dan Buettner, founder of the Blue Zones Project and National Geographic Fellow, spoke to more than 900 people at Loma Linda University’s two-day "Healthy People in Healthy Communities" conference. He said that the secret to longevity is in a cluster of behaviors, not a one-sentence solution. After studying these five areas, Buettner distilled some of the common themes that run through each community's cultural fabric. These include, choosing healthy friends, eating less meat, connecting with family, having a religious faith and attending services regularly, drinking six glasses of water daily, getting good rest, exercising continuously. From The Sun, “Author Shares Common Threads to Longevity at LLU Conference.”

Ben Carson Refers to Slaves as ‘Immigrants’ During Speech.Carson described slaves as “immigrants” during his first official speech to Housing and Urban Development (HUD) department employees. “There were other immigrants who came here in the bottom of slave ships, worked even longer, even harder for less. But they too had a dream that one day their sons, daughters, grandsons, granddaughters, great-grandsons, great-granddaughters, might pursue prosperity and happiness in this land,” stated Carson. Social media users accused Carson of being racially insensitive with his remarks. HUD released an official statement later in the afternoon which read in part, “This is the most cynical interpretation of the secretary’s remarks to an army of welcoming HUD employees. No one honestly believes he equates voluntary immigration with involuntary servitude!” In a radio interview later that afternoon, and on Twitter, Carson defended his comments. In a Facebook post in the evening, Carson clarified the distinction between slaves and immigrants: “The Immigrants made the choice to come to America. They saw this country as a land of opportunity. In contrast, slaves were forced here against their will and lost all their opportunities. We continue to live with that legacy.” From The New York Times, “Ben Carson Refers to Slaves as ‘Immigrants’ in First Remarks to HUD Staff.”