The Message Behind the New Film from Coming Out Ministries 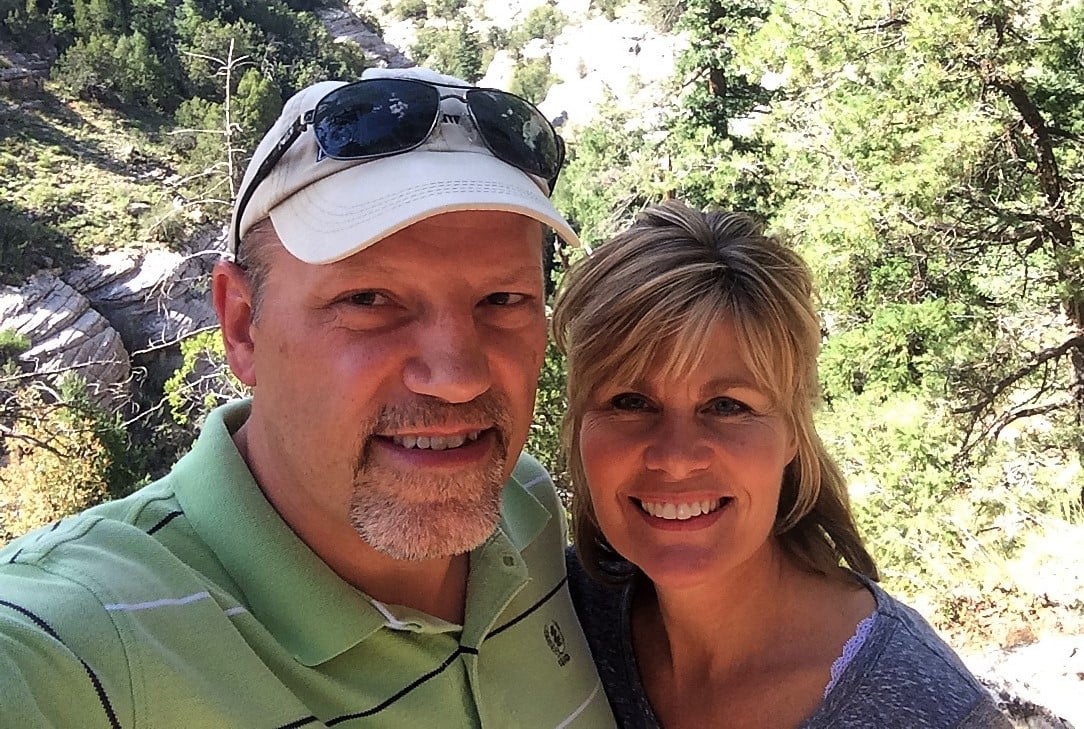 Brian and Anne Savinsky talk about the new film they have produced about same-sex attraction within Christianity and the Seventh-day Adventist Church which shares the perspective of Coming Out Ministries. Watch the film on 3ABN on February 16.

What made you want to make the film Journey Interrupted, featuring the four members of Coming Out Ministries talking about their journey through issues of sexual identity?

As we got to know the team members and heard the stories of their journeys, we were compelled to make a way for these to be shared with everyone.  Though we are a straight couple and don't have any history of same sex attraction ourselves, we related to their journeys as fellow Christians and were greatly inspired by them.  We also saw the need for their stories to be told in a culture that grapples with the issues of homosexuality and gender.

What is the main message that Ron Woolsey, Wayne Blakely, Danielle Harrison, and Michael Carducci share in the film?

The main message of the film is that, regardless of who you are and what your struggles are, you are loved by God; you matter to Him, and He has the solution to whatever issues you are struggling with.  God respects each of us and gives us the freedom to choose His way or our own.

Is there a new message in the film that Coming Out Ministries has not articulated before?

While the testimonies of the four team members have been shared by Coming Out Ministries in the past, there is a new element in this film that has not been heard before, that is the journey of Anna, a friend of Coming Out Ministries.  Anna currently lives in the gay culture and shares her past and present struggles with God within that context.  And while the message of Journey Interrupted is consistent with that which Coming Out Ministries has always given, the documentary provides a wider platform for more people to encounter via the media of film.

Can you tell us a little more about the narrative structure of the film? I watched the trailer but haven't had the opportunity to watch the whole thing. Does the story move between the speakers? Is it all documentary-style with talking heads? Who made the film?

The documentary features the stories of five individuals who have struggled with same-sex attraction.  The film blends their journeys in chronological order taking each of the stories from early childhood through present day.

The film was made by Woods Media Productions, a non-Adventist production company located in Ohio. It has been intentionally produced as non-denominational to appeal to the Christian community at large.

Journey Interrupted was filmed on location in several parts of the world including Germany, Italy, Czechia, and Brazil besides the U.S.

Why the title Journey Interrupted?

Each of the cast members has had their "journeys" interrupted by God, and the film documents how the Lord has intentionally sought them and their responses to Him.

Would you say this film is an answer to Daneen Akers and Stephen Eyer's films Seventh Gay Adventists and Enough Room at the Table?

I believe the film premiered in Berrien Springs in September.  Where has it been shown so far?  How has the film been received?

Yes, Journey Interrupted was premiered in Berrien Springs in September 2016.  Since then it has been shown in numerous churches in North America, at the General Conference Annual Council, at GYC Houston as well as GYC Costa Rica, and at the recent Adventist Ministries Convention.

The film has been received extremely well, and we have been given much positive feedback!  It will be globally broadcast on 3ABN and Dare to Dream with a Q&A following on February 16, 2017, at 8 p.m. Central Time.

Has there been an official response from the Adventist Church to the film?

No, not an "official" response, however, it has been well received by denominational leadership at many levels.

How is the film being distributed?  How was it funded?

Journey Interrupted has been funded by the producers of the film. We saw the need for a film that conveys the basic message of Coming Out Ministries - that of God's love, compassion, and tenderness as Jesus holds out redemption for all who will seek Him.

Coming Out Ministries has been widely criticized for espousing conversion to a straight sexual identity for gay people or at least leaving same-sex attraction behind. Is that correct? How do you respond to this?

Thanks for asking this important question. Coming Out Ministries has been falsely accused of promoting "conversion" and "reparative" therapy.  Coming Out Ministries has never promoted these therapies and has been very open about sharing how dangerous some of these therapies can be.  We all suffer from various temptations, but there is a difference between "attractions" and "behavior."

Coming Out Ministries focuses on how God invites us to live for Him, not for the desires of self which are in contrast with His plans for us.  For example, there is a line from the film which states, "I didn't go under the water ‘gay’ and come up ‘straight.’… That disappointed a lot of people."  Coming Out Ministries educates congregations and audiences wherever they go, that same-sex attractions may last until Jesus comes.  They advocate for God's family to walk with each other on this journey, lifting each other up, and asking God to put His desires in our hearts.  His desires never disagree with His Word.  Only in experiencing His love are we inclined to give our desires over to Him.

What do you say to parents whose children have identified as gay?

We can share with you what we have heard the team members of Coming Out Ministries tell parents.  Listen, love, and embrace your child.  Encourage them never to give up on Jesus because Jesus will never give up on them. Don't blame yourself for your son or daughter's declaration of being gay.  Pray diligently, claiming God's promises and ask God to interrupt your child's plans and reveal Himself to them.  Don't give up on them or ostracize them.  Prayer was the most powerful influence in each of the lives represented in Journey Interrupted.

Isn't not accepting LBGT individuals for who they are very damaging to them?

It would be wrong for any Christian not to accept anyone.  This question leads us to a deeper conversation.  God doesn't approve of behavior that He has outlined in His Word as sinful.  He tells us in His Word what constitutes sin so that we can draw the boundary lines for us to be safe.  Choosing an identity based on what our temptations are, and saying that is just who you are, begins the downward spiral.

We might not always be in control of the temptations we encounter, but we don't have to be identified by them.  By identifying with our temptations, we become enslaved to our feelings rather than who Jesus says we can be in Him.  The damage is in choosing an identity that distances us from God's plan for our lives.  You can certainly be a guy or gal who has same-sex attractions and temptations and be a child of God who is a believer.  Our identity is in Jesus, not in the attractions we experience.  We have a part in the decision process.

What is your ultimate goal for the film? Where would you like to see it go?

Ultimately, our aim for this film is to go worldwide both inside and outside the Seventh-day Adventist Church.  It offers a universal, non-denominational message of hope and redemption for all, and we are thrilled to be able share it with the general public very soon!  We plan for it to be available on DVD, for download, and on social media soon.

What is your connection to Coming Out Ministries?

We first got to know the team over four years ago.  Immediately, it became clear to us that this was a ministry that was both very unique and greatly needed.  We saw the message of Coming Out Ministries as the embodiment of "present truth" and most certainly the third angel's message of righteousness by faith. We were so moved by their stories and inspired by their work that we began to support them both structurally and financially, and eventually, we became members of the Board.  About a year into our friendship with the team, we had the idea of the film and began to work on that.  We travel with the team at times to conferences and speaking engagements.

Can you tell us a little bit more about you and your background?  Have you produced a film before? Have you always been  Adventists?

Neither of us have ever been involved in the film industry before.   It's been a marvelous adventure to be part of something that has the potential to reach so many hearts for the Lord!

Brian's background is control systems engineering, and Anne is a registered nurse.

While Anne is third-generation Adventist, Brian was raised in the Catholic church before becoming an Adventist.  Both of us pray that this film will continue to be used by God to spread His message of love and redemption to the entire world.

For more information about the film and to view the trailer, see  www.journeyinterrupted.com