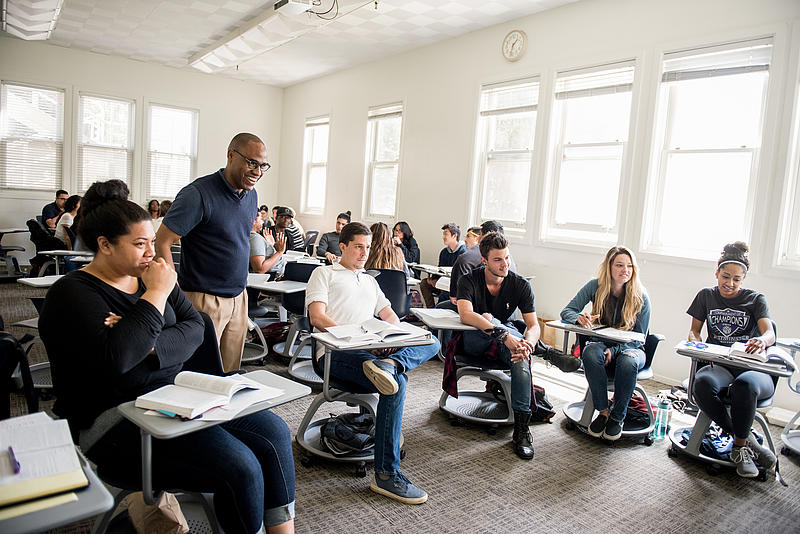 RIVERSIDE, Calif. – In a follow-up to its inaugural college ranking released in September, the Wall Street Journal / Times Higher Education on December 2 named La Sierra University, a Seventh-day Adventist institution, the most diverse higher education institution in the West, as well as the nation.

The recent WSJ/THE publication shows La Sierra in the number one spot regionally for “Top Schools for Environment,” an additional recognition to its number one national score in the same category in the WSJ/THE “U.S. College Rankings” published September 28. In the western region, La Sierra heads a top-10 ranking of twelve other schools, some in tied positions, also lauded for the diversity of their student body and faculty. California State University, Northridge and San Francisco State University tied for second place in the region after La Sierra, and also came in third place nationally along with Johnson & Wales University in North Miami. On the national level, the CUNY City College of New York scored second place for diversity.

“Our learning community is gratified to see that others recognize what we daily appreciate here at La Sierra University,” said university President Randal Wisbey. “Our students, faculty and staff benefit from the remarkable scope of experiences and backgrounds that are represented on our campus, and that are a result of our university’s commitment to inclusivity and diversity.”

The WSJ/THE regional rankings, which include top placements in the Northeast, Midwest and South, uses regions as defined by the U.S. Census Bureau. The December regional lists derive from the Wall Street Journal’s September college rankings guide, a joint project with Times Higher Education, a unit of TES Global Ltd. based in London.

‘Top Schools for Environment’ uses several specific measures to determine a school's inclusiveness such as the percentage of first-time college graduates and Pell Grant recipients, and the percentage of international students. Drawing from most recently available federal enrollment data, the college guide cites La Sierra's high population of students who are Hispanic U.S. residents and who are foreign – 40 and 16 percent, respectively.

Environment is among four areas the WSJ/THE created in its analysis of more than 1,000 schools around the United States. The other three areas are outcomes, resources and engagement which respectively measure graduates’ salaries and debt burden; schools’ spending on instruction and academic services; and students’ interaction and connectivity with professors, students and their education.

Schools’ overall rankings nationally are based on fifteen key indicators that assess colleges in the four areas, the report states. Stanford University near Palo Alto was ranked the number one school in the nation overall. It tied for 62nd place in the environment category headed by La Sierra University.

The Wall Street Journal/Times Higher Education guide differs from other top lists and rankings in part, the newspaper states, because of a survey of 100,000 students that sought answers to seven questions ranging from students’ collaboration and experience with faculty, to level of influence toward critical thinking. “The ranking values schools that focus their spending on classroom instruction, and rewards both teaching and research excellence. It also places emphasis on student outcomes. It doesn’t consider how selective a school’s admissions are,” the WSJ/THE report said.

La Sierra’s placement in the Wall Street Journal diversity ranking follows the university’s strong standing in the annual U.S. News and World Report 2017 Best Colleges guide published September 13. The university tied for 50th place in the 15-state western region, seven placements higher than its listing in last year’s U.S News ranking. The university is also ranked 9th in the western region for best value based on academic quality and the net cost of attendance last school year for a student who received the average level of need-based financial aid. In July 2015, Money Magazine ranked La Sierra University eighth in the nation for providing value-added education that helps students surpass expectations.