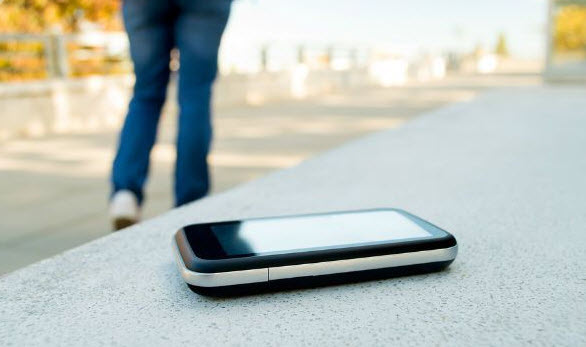 In the movie Men in Black, Agent Kay (Tommy Lee Jones) tells Agent Jay (Will Smith), “A person is smart. People are dumb, panicky dangerous animals, and you know it.” When I add the concept of empathy to this quote, I find that it helps me to understand how our country could elect an open and unabashed racist, misogynistic, homophobic xenophobe as president just over two weeks ago. I will admit that the results of the election have made it difficult for me to get into the Thanksgiving spirit, although this holiday is my favorite of the year. While I am able to comprehend that there is much in my life to be thankful for intellectually, the specter of a nation in which several groups of people hold legitimate fears for their rights and safety casts a pall over the holiday.

Despite all of this, this year I am thankful for a singular, individual act of kindness. Last night my wife lost her cell phone while we were doing some last-minute grocery shopping. Besides the fact that our entire lives are in our cell phones, we are also spending the holiday out of town, so the lack of familiarity added an extra layer of fear and insecurity as we searched inside and outside the supermarket. As we searched, feeling self-consciousness and a little foolish, I bent down to look under another car in the area where the tracking device said the phone was located. When I got back to my feet, a woman approached and asked, “What are you looking for?” After I explained  the situation to her, she said, “I understand how frustrating that is. I had a friend who lost her phone, and the tracking led her to the very house where her phone was. I’ll help you look.” I was so grateful for the help that we were there for almost 20 minutes before I thought to introduce myself and ask for her name. At one point she turned to me and said, “Let’s pray that we’ll find your wife’s phone,” and she proceeded to do so. There were times when she seemed more eager to find my wife’s phone than either of us. She let me use the flashlight on her phone, as well as making the occasional necessary phone call. She approached other strangers to ask if they had seen the phone or if we could use their phones to help locate the lost phone. She went into the store with us, approaching every worker she could find to inquire about a phone that had no connection to her or her life. My wife and I eventually thanked her for her help and went back into the store to search. When we emerged defeated from the store about forty-five minutes later, Ms. Johnson1 hopped out of her car and helped us search again. Eventually, we gave up and came home, three hours after we had first left to go to the store. Our search was unsuccessful, but my wife and I both marveled at Ms. Johnson and her willingness to help strangers in need.

When I called this morning to discover that someone found my wife’s phone, I thought of Ms. Johnson again. I am planning to call her to let her know that we found the phone and to invite her over for Thanksgiving dinner. Just over two weeks ago, I watched people give into panic and fear, electing a man who promised jobs and security for some at the expense of the whole. And while I won’t say that my faith in humanity is fully restored, I am grateful this Thanksgiving for the ability of a singular person to be smart and empathetic.