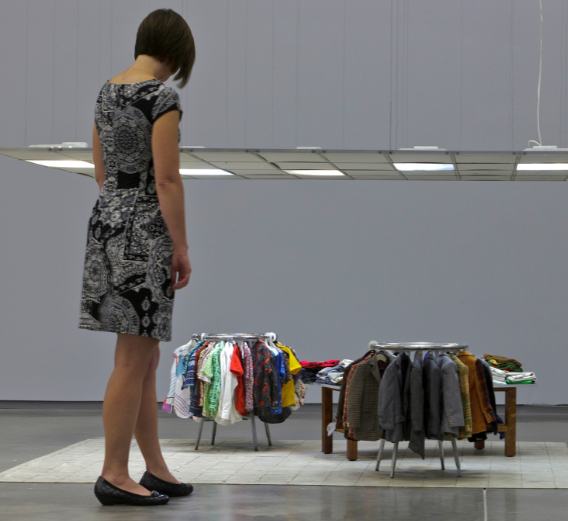 After two hours of two-minute speeches, the General Conference Executive Committee meeting for its Annual Council in Silver Spring, Maryland, approved the brief “Unity in Mission: Procedures in Church Reconciliation” document. Those who joined General Conference president Ted Wilson in support of the document tended to be delegates from south of the equator who mostly remained silent during the debate. Inversely, the majority of delegates who spoke up did so in opposition to the document and included many North American Division and European leaders.

Tension over women’s ordination and ecclesial authority underlined many of the arguments although GC leaders spoke in generalities about reasons for the document and mostly characterized the intended outcome as church unity and policy adherence. The voted document outlines a two-step process. The first is a year-long series of meetings up and down the church hierarchy. The second step requests next year's Annual Council to outline new “procedural steps.” Clearly, more lies ahead. Much of the debate was recorded on Twitter and can be read here. After reporting on the meeting and discussing the process and outcome with Adventist leaders, I offer three takeaways from the day.

1. Nothing has changed, globally. In 2015, the San Antonio vote (1,381 to 977) was essentially 3 to 2 to disallow divisions to make provision for the ordination of women. Today, in Silver Spring, the vote (169 to 122) was essentially 3 to 2 to prevent unions from making provision for the ordination of women. Then as now, GC president Ted Wilson spoke at the beginning, the middle, and at the end of each vote. The exception to this pattern happened a few years ago when several union constituencies voted to support women’s ordination by a ratio of about 8 to 2.

2. Unity may be the goal, but it’s not guiding the process. The last two weeks of Spectrum’s reporting reveals a series of GC-created drafts and other documents that employ harsh and oppositional rhetoric. While today's GC message focused on the somewhat scholastic questions around policy interpretation, the ultimate goal is to reverse the growth of what the GC has called the “invalid ordinations” of women. One of the key supporting documents states, “It is incorrect to assert that there is nothing in denominational policy to stop unions from ordaining females to gospel ministry."  Rather than uniting, this vote has already split the church a little more.

Within hours of the vote today and vowing to protect its female pastors, the North American Division released a statement that included the following wording:

“...many people can’t help but tie it to the issue of Women’s Ordination." In response to the document and the concerned voices in his division, [Dan] Jackson, expressed his desire to reinforce the position of the division on the role of women in pastoral leadership. “I want to share my strong support for the role of women in pastoral ministry. Voted church policy allows for women to fill this very important position, and this will never change within the North American Division.”

The disunifying process goes beyond words. It includes the physical and the financial as the NAD leaves the GC building and continues its decade-long process of reducing tithe allocation upward. As reported by Spectrum during the 2015 General Conference Session:

“we know that God has gifted the Seventh-day Adventist Church for effective global mission through every believer, and we continue to seek the guidance of the Holy Spirit, who gifts people of every age, gender, and ethnic background according to His purposes.” “We also affirm the statement of Elder Daniel R. Jackson, president of the North American Division, who spoke on behalf of the NAD after the meeting: “I want to share my strong support for the role of women in pastoral ministry. Voted church policy allows for women to fill this very important position and this will never change within the North American Division.”

“We must be careful that in actions calling for ‘reconciliation’ that we do not quash that spirit, but rather that we endeavour to work in harmony with each other so that, as in Galatians 6:2, we can be actively seen to be bearing one another’s burdens.”

Just a day before the vote took place, General Conference treasurer Juan Prestol-Puesán discussed the $19 million loss the GC absorbed in 2015 which is connected in part to the NAD withdrawing its physical and financial presence. And to that, in a recent Adventist Review interview, Prestol-Puesán cited the North American Division and the division’s retirement office as a factor in the budget woes of the General Conference, noting that “the relocation will reduce the General Conference’s income by $1 million a year.” Only two years ago former General Conference treasurer Bob Lemon said: “The North American Division has always been and continues to be the backbone of support, both financially and missionally, for the worldwide work of the Church.”

The 2016 NAD year-end meetings start in about two weeks. It will be interesting to see how strong the GC wants the backbone of the NAD to be.

3. Money matters. Ted Wilson keeps dramatically winning against women’s ordination because he knows how to use voters from outside the directly affected territories to help him get what he wants in them. In 2012, he repeatedly tried and failed to personally intervene in union constituency votes on ordination. If the GC continues its recent budget losses, this outside voting bloc power may become too costly. During the debate today, several delegates raised the point that the very parts of the church being targeted for punishment actually contribute significant funds outside their territory. Now, after seeing how the voting works again, many church members at all levels of the organization might increasingly think that their faithful tithing is being used to fund direct opposition to their values. Who treats Adventist votes as more than a mobile political bloc? Who treats Adventist diverse viewpoints as better than potentially apostate? It's probably not the guys talking about being the highest authority on earth. Just as the NAD is in the process of reducing its tithe allocation to the GC, perhaps more church members will consider shifting their donating down to local, less dramatic Adventist entities.

In moments like this when up appears down and votes for unity create disunity right in front of our faces, there can be a spiritual power in ignoring the unified. The general. Find and foster the particular. Sometimes humans connect particularly well when giving each other some space.

As Marcus Aurelius meditates: “And in the case of superior things like stars, we discover a kind of unity in separation. The higher we rise on the scale of being, the easier it is to discern a connection even among things separated by vast distances.”

Alexander Carpenter founded the Spectrum Blog and is a board member of Adventist Forum, the organization that publishes Spectrum Magazine.