A Life Changed by Hymns: Jon Davidson Reflects on His Latest Album 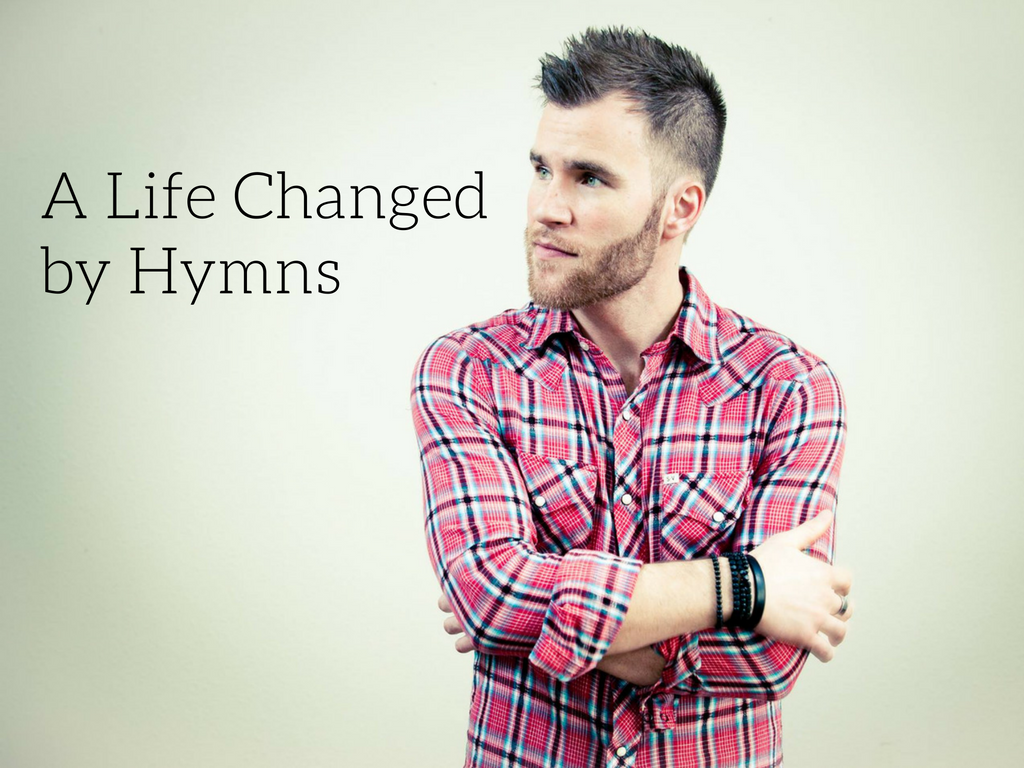 Singer and songwriter Jon Davidson, a graduate of Andrews University, has written and performed music from a variety of genres. He has appeared in Entertainment Weekly and on E! Television. Jon's music has appeared in everything from MTV shows to Fendi and Burgerville compilation albums to several feature films. He’s toured and performed in 45 states, six Canadian provinces, and five countries. On October 8, his latest solo album, HYMN, releases. In this interview, he tells us more about his projects and the impact music has on his life.

Question: Your fourth solo album, HYMN, comes out on October 8, 2016. What can listeners expect in this new album?

Answer: A heartfelt collection of hymns, in my pop/rock/electronic/acoustic style. Seven are classic hymns, four are hymns I've penned myself. It's been a long, two-year recording process, and I'm pretty proud of the final result.

You’ve described HYMN as, “the album I always wanted to record.” What makes this album special? What is your favorite thing about it?

Hymns have a way of evoking thoughts and feelings in people across a wide spectrum of belief systems. My life and faith have been changed by hymns, and I believe they, and the God they speak of, have the power to do the same for anyone. I've played hymns like "Amazing Grace" in bars and clubs to very secular audiences, and agnostics and atheists have come up to me after the show and told me how much they were moved.

I think what makes this album special to me is that I recorded it for me. Now that I'm a fully independent artist (no label, management, booking agent, etc.), I'm free to do whatever I want. So, I created the album that was on my heart, not the one that would sell the most copies.

You’ve recently recovered from a 15-month battle with Lyme Disease as well as a torn Achilles tendon. What kind of impact did this have on your career as a musician and your life in general? How did this experience help shape HYMN?

These two physical obstacles have had a huge impact on my life. You don't realize how much you take for granted basic abilities like walking, using your hands, and even being able to find the strength to get out of bed until those things are taken away from you. Lyme, in particular, left me thinking I was dying before I was diagnosed and sometimes left me wishing that I would.

In the midst of these storms, I was encouraged by the words to the classic hymn "It Is Well With My Soul," and I knew that if its author could endure the loss of his family and his fortune and still find the strength to praise God that I could do the same under less dire circumstances. As a result of the comfort this hymn brought me, I decided to record it while still on crutches and release it as a single. From the overwhelmingly positive responses I received from this one song, I decided to record an entire album of hymns that meant a lot to me.

What is your first memory involving music? When – and how – did you know music was the career path for you?

I grew up in a very musical family. My mom and sister are accomplished pianists, and my dad plays a myriad of instruments, some better than others. I grew up taking piano and drum lessons sporadically and taught myself guitar and bass. It wasn't until I was in college, in the midst of switching my major for the sixth time, that I realized music was truly the only career I was passionate about.

Are you able to make a living as a musician? What else do you do to make ends meet?

For four years, in the midst of my touring days, I made a living as a musician. Money from shows, album and merchandise sales, radio royalties, licensing placements, and more kept me afloat. Now, though, I play music part-time. I also write, do social media consulting, invest in real estate, and work at a restaurant. And, I pick up pennies off the street.

Why is music so important in your life, and what kind of impact do you want your music to have on the lives of others?

Music is important in my life because it speaks in ways that mere words can't. It speaks across time, across paradigms, across belief systems. It speaks directly to the soul. I hope and pray that the albums I've created over the years, and the songs I've written, are more than just entertainment, that they have made listeners think about the things that really matter.

Moments where the divine breaks through the mundane are what matter to me, not all the records I've sold, countries I've toured, or radio stations I've been on. I remember a girl who came up to me after a show in Spokane, Washington and told me that my song "Perfect Cliche" was the reason that she decided to forgive her father and reconcile with him after years of silence. Moments like those make everything I do worthwhile.

You grew up in the Adventist community, attending Andrews Academy and Andrews University, I believe. What was your degree at Andrews if not music?

I did! I was a music minor for a while, but Andrews' music program was fairly limited, specializing solely in classical music which I respect but never had an interest in. I ended up graduating with a BA in Communications and minored in Spanish.

Do you still consider yourself an Adventist? Why or why not?

I do, theologically at least. I love the church's emphasis on the Bible, on the infallibility of Scripture, and on serving others. I definitely disagree with the SDA church on a variety of lifestyle issues, though, and don't care for the church's propensity toward judgment and toward making trivial issues seemingly more important than the Gospel.

In addition to your solo work, you’re also the frontman in the alt/pop band Crown Point and the hard rock band Silversafe. How do the different musical genres you work within shape your overall experience with music? Do similarities and connections exist between hymns and hard rock, for example, that one might not expect?

I've always loved a variety of genres. Technically, both of my bands are currently on hiatus, so my solo projects have been my main focus for the past two years. Having said that, I think that similarities exist between all three acts I'm a part of. While both bands have never been Christian bands, I, as the primary songwriter, have always written lyrics for both bands that point to the things that matter: God, love, social justice, and authenticity. There's something more effective and passionate about screaming the lyric "Born dead as the Son that You're killing/Life out of the blood that You're spilling/This automatic heart will have a choice/And I am coming to life" over a thunderous wall of double kicks and distorted guitars than about whispering it over a soft acoustic guitar.

When you’re not writing, recording, or performing music, what do you like to do in your free time?

I just got back from the Bahamas yesterday, and I'm leaving for Thailand in three weeks. I believe that experiencing different cultures is vital for a vibrant faith and for keeping myself outside of that comfortable American Christian box it's so easy to construct for myself.

What is your dream project?

I would love to collaborate with one or more of my favorite bands: Needtobreathe, Switchfoot, Thrice... . Well, I guess Thrice would have to get back together first, but hey, it's my dream.

What is a question you’ve always hoped an interviewer would ask, and what’s your answer?

(The answers are penne and absolutely nothing, by the way.)

Also, I have always liked serious, legacy-oriented questions, too. Questions like "What do you hope people say about you at your funeral?"

I hope they say that I was a guy who loved with all his heart, who gave when it hurt, and who lived for more than just himself. I fall short of these lofty ideals on the daily, but God's grace covers my stains, again and again.

Jon Davidson’s music can be purchased from iTunes, Amazon or wherever digital music is sold. For more information on purchasing, visit www.jondavidsonmusic.com.