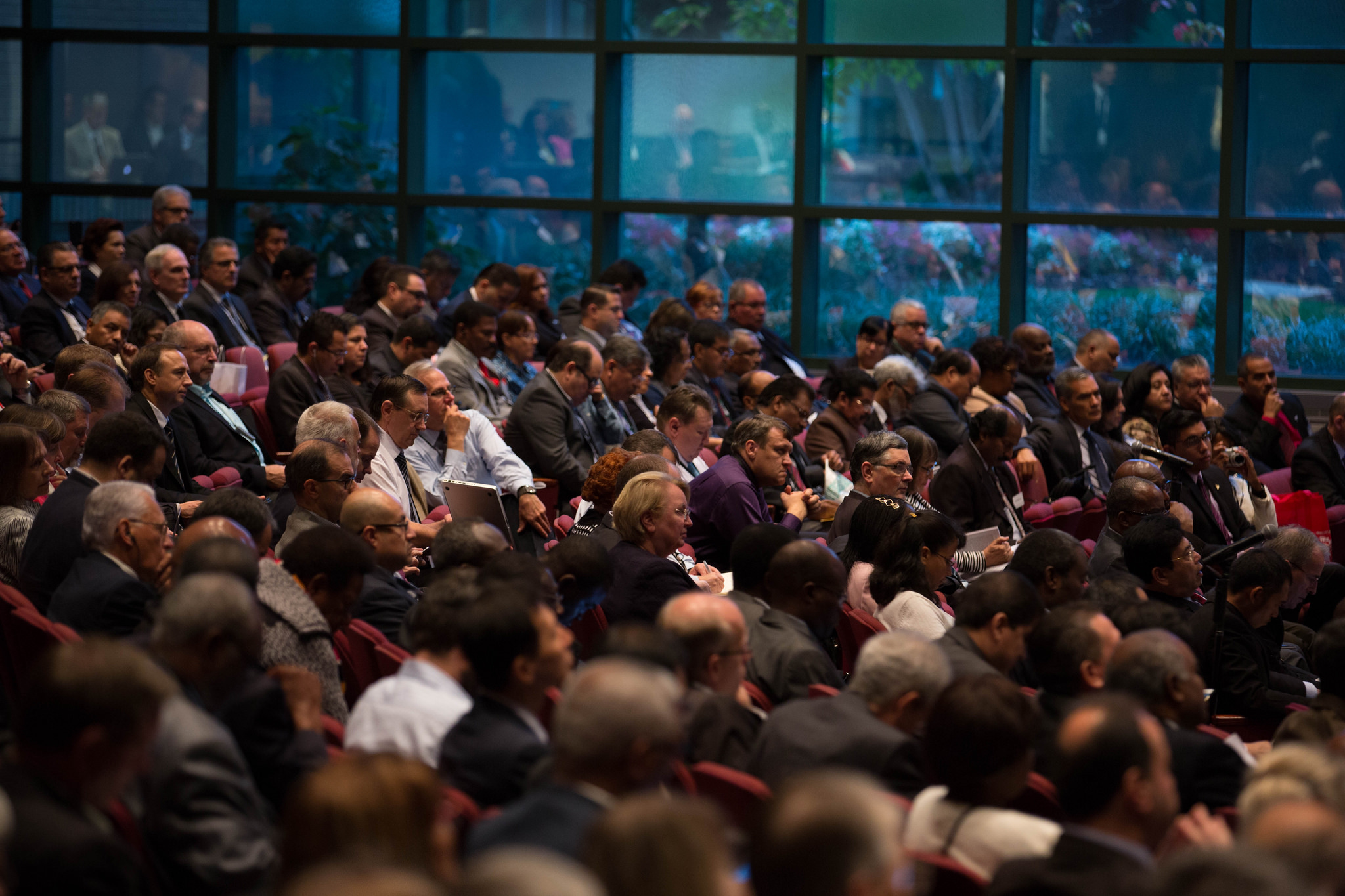 The recommendation — titled “Unity in Mission: Procedures in Church Reconciliation” — that was approved by the 78-member General Conference and Division Officers Committee at the church’s world headquarters in Silver Spring, Maryland, on the evening of Oct. 6 will be sent to the 343-member Executive Committee for discussion and a vote on Oct. 11.

The document follows in its entirety:

This document has not been voted by the General Conference Executive Committee.

The Seventh-day Adventist Church continues to grow with members coming from “every nation, tribe, tongue, and people.” These believers have the privilege of working and praying for the unity in faith and mission for which Jesus so earnestly prayed (John 17:11, 20-23). At times, such unity can be a challenge for a local church—how much more for a worldwide family of nearly 20 million people consisting of many different languages, cultures, and backgrounds. And yet this is the high ideal to which we have been called!

This is why it’s so important to come together to pray, plan, and vote formal policies and guidelines. These provide a framework which helps to hold us together as one people, united in one prophetic mission and message. It is not something we should treat lightly or ignore. Rather, it represents our best effort as a world body to be faithful to God, and move together.

In order for any organization to function effectively, members will at times have to put aside personal opinions and preferences for the mutual good and health of the larger body. As imperfect human beings, we can expect that mistakes will be made. God is our infallible Leader, but His followers won’t always get it right. At times individuals or organizations will operate outside the Church’s voted policies. Sometimes this happens by accident; sometimes on purpose (and maybe even with very good intentions). But policy has well-defined procedures to follow when an individual or entity feels the need of an exemption to a policy or other voted action of the Church. When any one entity decides to “go it alone,” the whole Church body suffers and is diminished. If not addressed, these actions can lead to charges of unfairness, and can undermine the Church’s united mission.

So what should the Church family do when this happens? Ignore the situation, praying that the problem will just go away? Move in immediately and demand compliance? Or is there some other balanced path that we can take to hold each other accountable and to work together for our mutual good?

After much prayer, consultation, and discussion, it is RECOMMENDED,

RECOMMENDED, 2. To request the General Conference Administrative Committee to recommend to 2017 Annual Council procedural steps to be followed in the event that a resolution of the conflict is not achieved under procedures identified above.

Even though conflict resolution will be necessary from time to time, the Seventh-day Adventist family and organizational units are all called to be part of a prophetic end-time movement reaching out with a message of hope and salvation to all nations, languages, creeds, and castes around the world. What a privilege to be part of a Church family that bears “one another’s burdens” (Gal 6:2), that is “kind to one another, tenderhearted, forgiving one another” (Eph 4:32), and that strives to work together “that the world may believe” (John 17:21).

All Bible references are from the New King James Version.