How Not to Defend Genesis 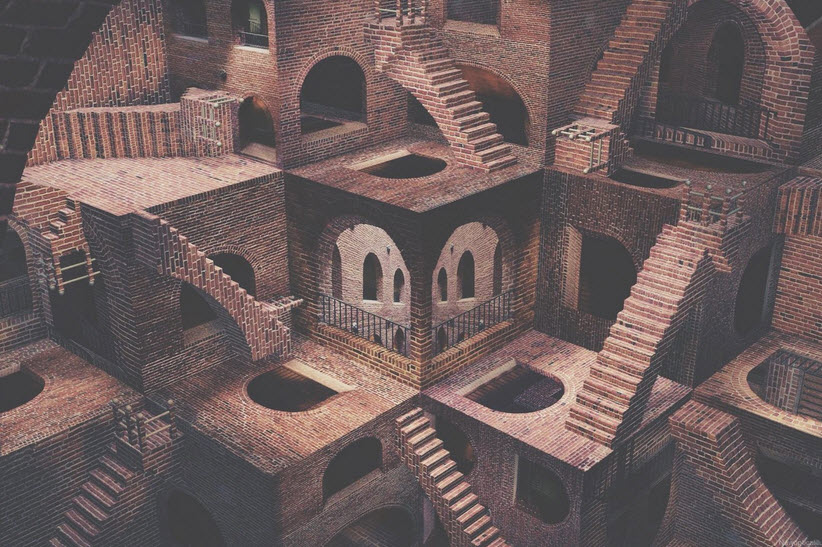 I believe that God created the earth, its inhabitants, the universe, and everything in it. I believe God is capable of having done that in any way that God wanted to do it, including by speaking the earth into existence in six days at some comparatively recent past date.

Yet, I find it impossible to explain what I see in the natural world in terms that support a literal reading of the first few chapters of Genesis. I cannot explain fossil records, radiocarbon dating, geological layers, continental drift, evidences of evolution in living things, or a score of other scientific facts.

And, apparently, neither can most scientists. We are, when we say that Genesis gives a factual account of creation, in contradiction with what nearly all serious scientists say happened, based on the evidence they find.

This, it seems to me, leaves us three options.

The first is to deny what the Bible appears to say, to assert that the Bible is false in its claims about creation. This, of course, isn’t acceptable to those of us who believe in the Bible. Some Seventh-day Adventists may be able to shoehorn theistic evolution into the space occupied by Genesis’ special creation, but many of us won’t be comfortable doing even that.

The second (the one we Seventh-day Adventists have emphasized) is to declare the scientific consensus wrong and to suggest new scientific explanations that fit with our Biblical point of view.

Recently, a pastor friend sent me a book that had been given him and his colleagues at a conference pastors’ meeting. In The Bible, Anthropology, and the Ancient Caveman, Adventist author Audra Wells Mark tries to explain the existence of prehistoric humanoid remains. By reference to some questionable minor quotes from Ellen White, she advances the theory that the antediluvian people were master genetic scientists who introduced animal DNA into humans to create all of the varieties of primitive humanoids in the fossil record. She mentions the Greeks’ snake-haired Medusa and the chimeric sirens as evidence that the ancients knew how to cross humans with animals.

I have a deep appreciation for the sincere faith that led Audra Wells Mark to try to search for answers to the conflict between the Bible and science. (This is important to say, since Mark is unable to speak in her own defense, having passed away last year.) She’s not the only one to attempt it; we have a department in the General Conference of Seventh-day Adventists, the Geoscience Research Institute, whose purpose appears to be to advance scientific theories to explain the fossil record in terms of a fairly recent fiat creation and universal Noachian flood.

It’s important to remember that we Seventh-day Adventists have had an important role in the history of young earth creationism. We kept to this path even when other Protestant churches accepted Darwinian evolution, probably because of our respect for the Sabbath which in Exodus 20 honors God as creator. What purpose, we asked, is resting every seventh day if there was no real seventh day rest after six days of creative activity?

Even had we been able to explain away Genesis 1 and 2 as being ancient and imprecise, it is much harder to say that about a prophet who wrote in our own language in relatively recent times. Ellen White was very specific about creation, including references to the 6,000-year age of the earth. This common belief was based on a chronology, written by a 16th-century Irish bishop James Ussher, which set the date of creation at sunset on Saturday, October 22, 4004 BC.

The scientific defense of the Genesis creation story was taken up by Seventh-day Adventist George McCready Price, who wrote his first book, Illogical Geology, while working as a handyman at the Loma Linda Sanitarium in 1906. Price believed that there was no evidence for evolution in the fossil record, theorizing instead that Noah’s flood washed over the land in such a way as to bury life forms in layers, the simplest at the bottom, the more complex, which presumably could stay afloat longer, nearer the top. (The holy grail for creationists is to find something out of sequence: a human skull or a tool, for example, down among the trilobites. So far that’s been elusive.)

George McCready Price, like Audra Wells Mark, wasn’t a scientist. Neither is David Read whose book Dinosaurs - An Adventist View also relies upon the premise that ancient gene splicers messed about with DNA to create gigantic lizards whose bones we find when we peel back layers of Montana and Wyoming.

The Geoscience Research Institute team is made up of scientifically-trained people, like their lay counterparts committed to young earth creationism. There are scientific studies referenced on their website, bits that are said to fit into a young-earth creation model, bits that never add up to anything directly usable, which may be why treatments of the subject like those by Mark, Read, and Price have had more appeal.1

I have read some of the young-earth creation materials, and as science, it is as thin as broth. Although there may be occasional pieces of potential evidence, it never crystallizes into a platform upon which a scientifically-minded Christian can comfortably stand. It is part flimsy geology and paleontology, part faith backed by Bible verses, and part maledictions upon scientists, a perverse lot who stubbornly refuse to let the truth about Genesis be discovered. Occasional bits make reference to genuine science but (like Audra Wells Mark’s gullibility about gene splicing) are likely to have been misunderstood or misinterpreted. If I had found this body of argument able to stand up to even light scrutiny, I would think the effort worthwhile. But one must suspend disbelief, as though reading fiction, to accept it. Still, many Christians do believe it, just as many convince themselves that Donald Trump is a godly, conservative Christian.

The most popular Adventist answers all seem to revolve around Ellen White’s amalgamation statements. These ancient gene splicer theories make us look foolish because there is no scientific evidence for them2. Their only documentary evidence is two passages in an early edition of Spiritual Gifts that were eliminated when that same material was reproduced in Patriarchs and Prophets. This isn’t even solid Ellen Whitology, much less science.

Perhaps the most serious critique of creation science for us is that it is unbiblical. The Bible says nothing about antediluvian geneticists or dinosaur-breeding experiments. Bishop Ussher’s short chronology is known, even among conservative theologians, to be wrong, the genealogies from which it was calculated inconsistent with one another. Genesis’ account of Noah’s flood doesn’t attempt to explain how geological layers were made. As for Mark’s notion that Medusa and the mythological sirens of the Sirenum scopuli are evidence of amalgamation, there is no Biblical reason to consider that at all.

By what rule do creationists get to make up fables to fill in where the Bible seems to them insufficiently comprehensive? It certainly isn’t a privilege we grant to Roman Catholics to support their unique, unbiblical notions. And make no mistake: these are fables. Stories of ancient amalgamation are only a step away from mokèlé-mbèmbé and the Loch Ness monster; from yetis in the snowfields of Tibet and mothmen in West Virginia, from a flat earth surrounded by endless bounds of ice under a levitating moon and stars. That is to say, this is all mythology under tissue-thin pretend science.

That’s why I suggest a third way of dealing with the clash between science and the Bible, one I rarely hear mentioned: to let science and the Bible be in tension, making no attempt to reconcile them at all. Rather than concocting tall tales, it would be far better to say, “We believe what the Bible says, and we make no attempt to find scientific evidence to back up our beliefs, trusting that in time God will make everything clear to us.”

Each one of us has to decide the Bible’s truthfulness for oneself, of course. All I am suggesting is that it is a mistake to defend with bad science something that can be simply and sincerely accepted on faith. We do not pretend to prove God’s existence scientifically. Evidence of God is subjective and personal. The heavens declare his glory and the firmament his handiwork, but there is nothing but expansive feeling and inner conviction for the Christian sky gazer to anchor to. And perhaps we should do the same thing with the Genesis creation account: give up the attempt to prove it, and instead let it remain in tension with science and the geological evidence, just as we do with the existence of God.

I’m not saying this is an ideal solution. I’m only arguing that it is a better solution than wrapping the Genesis accounts in risible fictions. Like some other Bible believers, I would be pleased to discover good evidence for young earth creation. But I’m beginning to believe God may not want us to find that. So if a dedicated believer is unable to let theistic evolution stand in for the Bible’s description of creation (so far the only answer that makes sense for believers, though Bible literalists will necessarily struggle with it), then the better option is to let science and the Bible be in this matter separate, disconnected from one another, rather than inventing a mythology both unscientific and unbiblical to harmonize them.

1-- GRI is something of a mystery to me. It appears to be composed of scientists though I’m not quite sure what their product is. I have been told, by people who have asked them, that they will not engage in media debates with unbelievers like creationist Ken Ham does. In the almost 40 years I’ve been a pastor, I’ve seen very little produced by GRI. Whatever it is that they do, it rarely filters down to the congregation level—though to be fair, that could be said for most departments in Silver Spring.

2-- Even if they should end up being confirmed in the sweet by-and-by, how can we rule out anything? But for now, they appear to be fiction.