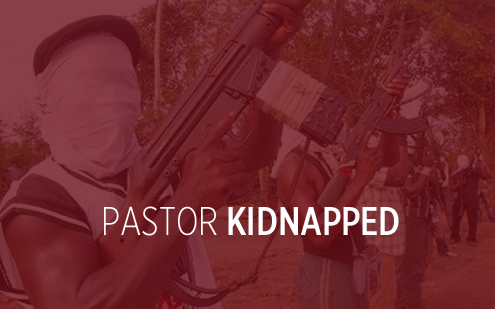 Nigerian Pastor Reported Kidnapped. Pastor Sylvanus Ogbu, district head of the Seventh-day Adventist Church in Nigeria, has been kidnapped by gunmen, according to a news story. Daily Post reported that the kidnappers broke into the house of the clergyman at about 2 a.m. on Sunday, September 11, and took him to an unknown destination. From Nigerian Newspapers Today, “BREAKING: Unknown gunmen kidnap pastor in Rivers.”

Desmond Doss Film a Hit at Venice Film Festival. Hacksaw Ridge, which had its red-carpet world premiere at the Venice Film Festival, pleased critics and received a lengthy standing ovation. The film features the WWII experiences of Adventist Desmond T. Doss, the conscientious objector who saved 75 men in Okinawa without ever firing or carrying a gun. Hacksaw will be released on November 4. From Page Six, “Mel Gibson’s WWII drama earns 10-minute ovation.”

This related story and photos feature a short interview with Desmond Doss, Jr.

Lynda Bird Johnson Robb Receives Honors from Pine Forge Academy class of ’66. President of the Pine Forge Academy class of 1966 Brian Marshall presented Lynda Bird Johnson Robb with a plaque inscribed with the names of the 53 class members along with a picture of President Johnson's family. The former first lady of Virginia said she made the trip from her home in McLean because she was moved by a letter from a member of that class. "Mr. Rockefeller Twyman wrote me a very compelling letter and said my father had made the difference in his life, made him what he became," she said.  Distinguished members of the Class of 1966 include Donna Franklin, who became one of the first women to teach in the sociology department of the University Chicago and authored numerous scholarly books on the black family; Dr. Barry Black, the first black chaplain of the U.S. Senate and a former rear admiral; and Dr. Wayman Wendell Cheatham, a medical researcher who is considered an expert on diabetes in blacks. The ceremony was part of the class' 50th anniversary within the alumni weekend at the Douglass Township, Pennsylvania, school. The black Adventist boarding academy is celebrating its 70th anniversary. From Reading Eagle, “Pine Forge Academy's Class of 1966 hosts LBJ's daughter.”

Jamaican Pastor Battles Superstitions and Traditions in Sharing the Gospel. Seventh-day Adventist pastor Danielo Daniels, who is responsible for seven churches across St Mary, Jamaica, said a poorly educated population, combined with a long-standing penchant for rituals, has led to huge problems with necromancy and witchcraft, preventing many people from developing a stronger bond with the Creator. "I think this type of thinking in this region dates back to slavery and the days of Nanny and Tacky, who would have practiced their type of their religious customs. . . For many individuals here, once something negative happens to them, their first thought is that the reason they are in that position is because somebody has done some [obeah] or gone [to an obeah man]." Daniels noted that although Adventist membership in St. Mary and Portland has increased by more than 56 per cent from 18,000 to 28,000 in the 10 years since the formation of the North East Conference, much work needs to be done to promote Christian values. From Jamaica Gleaner, “Witchcraft and necromancy holding back St Mary says pastor.”