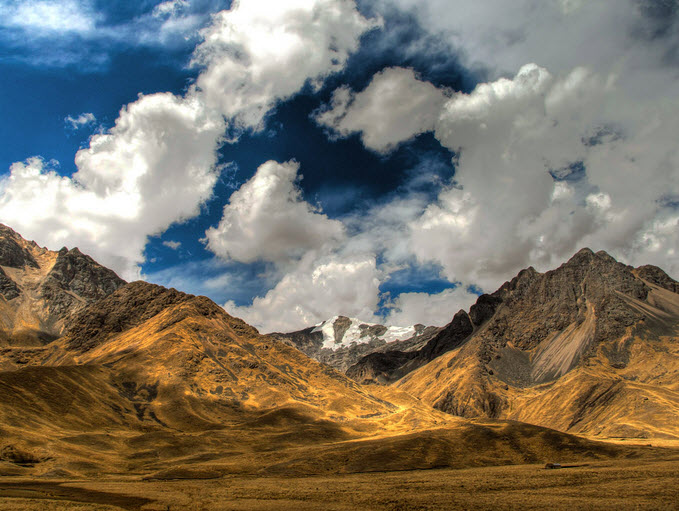 Last Sunday, an average summer day, I was driving with my family from Florence to the Tyrrhenian sea, in the beautiful Tuscany landscape. My thoughts were absorbed in organizing my weekly schedule when suddenly Daniel, my oldest son, put music on for his submissive audience in the car. It was Dream Theather's song, “Peruvian Skies”. Similar to E. De Amicis’ well known novel “From the Apennines to the Andes”, I mentally started traveling in imagination from Florence to Peru, and my attention focused on a particular story.

Max Hans Kuczynski, a clever and gifted German boy, grew up in the culturally prolific and scientifically intense Berlin of the beginning of the 20th century. He earned his first doctorate in Natural Sciences in 1913, with research in parasitology. And his second doctorate in medicine in 1919. He began his scientific career at the University of Berlin’s Institute of Pathology and was also a visiting professor of pathology at the Medical Institute of the University of Omsk (Siberia). While there he conducted several medical and scientific expeditions to Central Asia (Soviet Union, Mongolia, China) to investigate the complex relationship between disease and socio-cultural-geographical factors – especially among nomadic populations of the Asian steppes. His book, "Steppe and Man" (Steppe und Mensch, Leipzig 1925), studying Kyrgyz nomads, became a classic in the social and geographic medicine of his time.

But, much like his contemporary Albert Schweitzer, Max Hans unexpectedly left Europe with his wife Madeleine Godard (aunt of “Nouvelle vague” French film-maker Jean-Luc Godard) to go to Peru, and never came back. In Lima he immediately contacted the Institute of Social Medicine at the National University of San Marcos (America's oldest university) and began working with prominent Dr. Carlos Enrique Paz Soldan. But he didn't stay in Lima. He chose to practice medicine in the harsh Peruvian jungle of Iquitos, where his two children subsequently grew up. There he began his fight against leprosy and especially the stigmatization of its sufferers. As chief medical officer of the San Pablo leper colony, where the sick were kept in isolation and almost without medical help, he opened the gates and reorganized health care and living conditions – both within the institution and outside, implementing an innovative and visionary outpatient treatment. But Max Hans also had strong civic and political convictions and became a Peruvian citizen. He subsequently criticized the Nation's leadership, denouncing then Peruvian president Manuel Odria for his despotism and for the unilateral benefits given to rich Peruvian families, in detriment to the large population. Consequently, in 1948 he was imprisoned for almost a year. On release he devoted himself to clinical practice in Lima, until his death in 1967 at the age of 77, while probably thinking of the intrinsic limits and inevitable paradoxes of our most generous acts and decisions.

Now, why might I recall this story? For three reasons Peruvian (and all) Adventists should keep in mind.

First, a religious reason. At that same time an Adventist missionary was also working in the Peruvian jungle – Ferdinand Stahl. Stahl's work in Peru was intense, generous and far-sighted – initially in the Altiplano and afterwards in the Jungle. Adventist Peruvians will always be grateful for that marvelous service freely offered. My personal pastoral ministry is still, indirectly, a fruit of that work because Stahl chose my grandfather, Isaias Salazar, and other young people of Chanchamayo, to work with him. As a missionary, 30 year-old Isaias had to be married. Among the young local Adventist girls, Stahl found 15 year-old Rosa for him. She was pushed to marry Isaias – to benefit the mission. My grandmother used to say she never loved her husband. Despite his own greatness, Stahl's service had some limits. It was disconnected from other similar initiatives because his American Adventist background pushed him in that direction. Following a shared and diffuse idea among us, Adventist mission is unique. It can't easily be mixed with other initiatives and we usually stand alone against everybody else. Stahl's ministry also had strong vertical and authoritarian traits that allowed him to be efficient and pragmatic but that prevented him from introducing and developing a necessary new ethos, attitude of dialogue and search for consensus. And finally, his service was essentially a-political.

Second, a political reason. Altruism and charity can't be implemented only based on philanthropy. Assisting the needy easily becomes paternalistic and discretional – excessively dependent on personal ups and downs. So the protection of a vulnerable population must be framed legally with official codes and bylaws. Helping various minorities is not, and should not be, only a matter of generosity but also of institutional coverage and guarantee. This is the political dimension that every missionary and philanthropic initiative should be aware of. That's what Max Hans had in mind but unfortunately couldn't achieve himself. Since then Peruvian political institutions and representatives have tried to build a state of equal rights for all Peruvians, without fully succeeding yet. Peru has now had twenty years of political and economic stability and growth, but still there is almost a third of the population, particularly in rural areas, that lack drinkable water and sanitation at home. Last month an election was held. Peru had to choose a new president. Two young, dynamic and well prepared women candidates were favorites to be elected: Keiko Fujimori Higuchi and Veronica Mendoza Frisch. As often happens neither won. Against opinion polls and most expectations the winner was a 77 years old outsider. A rich and smart economist, Pedro Pablo Kuczynski is the new elected president of Peru who entered office just this month. And he promised, in his inaugural speech, to give drinking water and sanitation to all Peruvians, not through philanthropy and charity, but by institutional and legal coverage.

Third, an anthropological reason. Consistent human initiatives are articulated in long, not short, life cycles. Florence's famous cathedral, Santa Maria del Fiore, was begun by architect Arnolfo di Cambio in 1294 and finished in March 1436 by the Renaissance architect Filippo Brunelleschi. The founders didn't see the final result. They put on the initial stones that others after them would complete. Those who created this Renaissance jewel introduced their individual ideas and perspectives – but in the trail of their predecessors. True solidarity is necessarily a trans-generational experience. That's probably not what Max Hans had in mind when he left Berlin to arrive in the heart of the Peruvian Jungle. And, there in a cold and stressful Lima prison, in the nation he had chosen as his own and for which he had given his best energies and enthusiasm, he could hardly have imagined that his adopted country would, fifty years later, choose as its president his son Pedro Pablo. Max Hans Kuczynski couldn't see what he was sowing. Pedro Pablo Kuczynski, in his inaugural presidential address, mentioned that he wanted to honor his father’s social and philanthropic legacy by framing it in institutional and political guarantees for all.

For president Kuczynski the task ahead is challenging. Politically he needs to secure more solid state institutions and be less dependent on the political swings of the various rotating executives. Economically he urgently needs to expand the taxation platform that only includes 30 % of the workforce. 70 % of the Peruvian economy is still informal. Socially, while preserving programs to meet people-needs his government needs to reduce the still excessive percentage of poverty (20 %). And his government needs to guarantee and defend a new identity – to irreversibly become multi-religious and multi-cultural. Ten percent of Peruvians live outside Peru and have implicitly imposed a new rhythm and understanding of what it means to be Peruvian.

Paradoxically, Peruvian Adventism is not helping to face these new challenges. Instead of being a positive attitudinal change-agent, generally speaking the Peruvian Adventist church has remained apocalyptic, self-referential and indifferent to culture and society – still obsessively waiting and working for the unlikely scenario that all Peruvians will become Adventists. Probably that will never happen. And actually it is not necessary in order to share an honorable and inspiring witness as believers in Jesus. This negative attitude is visible, for instance, in the generally strong resistance within our church to the extension of legal recognition and guarantees to minorities like the LGBT Peruvian community, confusing a secular dimension with a religious one. While Peruvian society seems to go forward in some important cultural issues, the Adventist Peruvian church seems to strongly hold to reactionary positions. Being transgenerational doesn't mean repeating what our pioneers have done, but to update their beginnings to the new circumstances society is offering. Beyond “what” our pioneers did in Peru, Ferdinand Stahl included, is the “how” did they face the challenges. That is more determinant in establishing the quality of our faithfulness to their legacy – in a new context and circumstances that we need to learn to discern as our own.