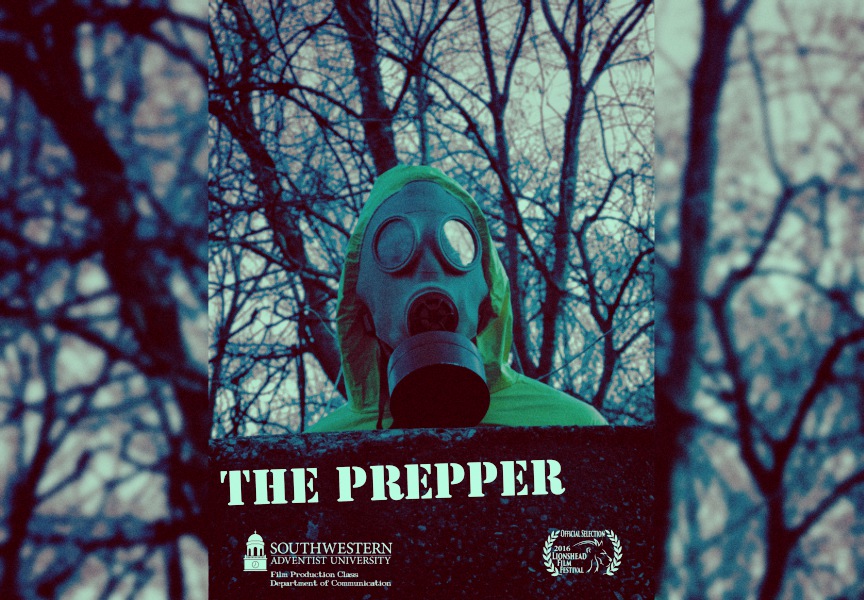 Southwestern Adventist University’s Communication Department Film Production class won Best Student Comedy Short at Lionshead Film Festival in Dallas last weekend for their short film "The Prepper." The class worked together, under the direction of associate professor Kyle Portbury, to produce the short film. The film highlights the struggles of a prepper. After sixteen years hiding in a bunker a man runs out of toilet paper.

After completing The Prepper, each student also produced individual short film projects. For the students, this is exactly the experience they’re looking for. “I found it pretty cool that our film was accepted into the Lionshead Film Festival,” says Justin Hudgins, junior communication major. “I can say that I wasn't expecting to win an award. This whole experience was quite rewarding for me, as making films is something I have an interest in doing.”

“For me, this recognition by the film festival means that the amount of effort and time put into this project has produced more reward than a grade,” says Gavin Neal, senior communication major.  “We got involved with a project and we’re proud of it. That says a lot about how our communication department operates.”

The department is no stranger to awards. Communication department chair Michael Agee is also the General Manager for KJRN The Journey radio station. The Journey just recently placed #20 out of the top 50 Christian radio stations in the nation. Kyle Portbury has won many awards for his work, including Best Documentary for his documentary “A Mountain Within” at the Mountain Film Festival in California. He also directed “Beyond the Search,” which went on to win 14 international awards including the prestigious CINE Golden Eagle.

The film will be shown to the public this fall after school is back in session. The Southwestern Adventist University Facebook and website will be updated with information about how to view the film.

Darcy Force is Director of Marketing and Public Relations at Southwestern Adventist University.