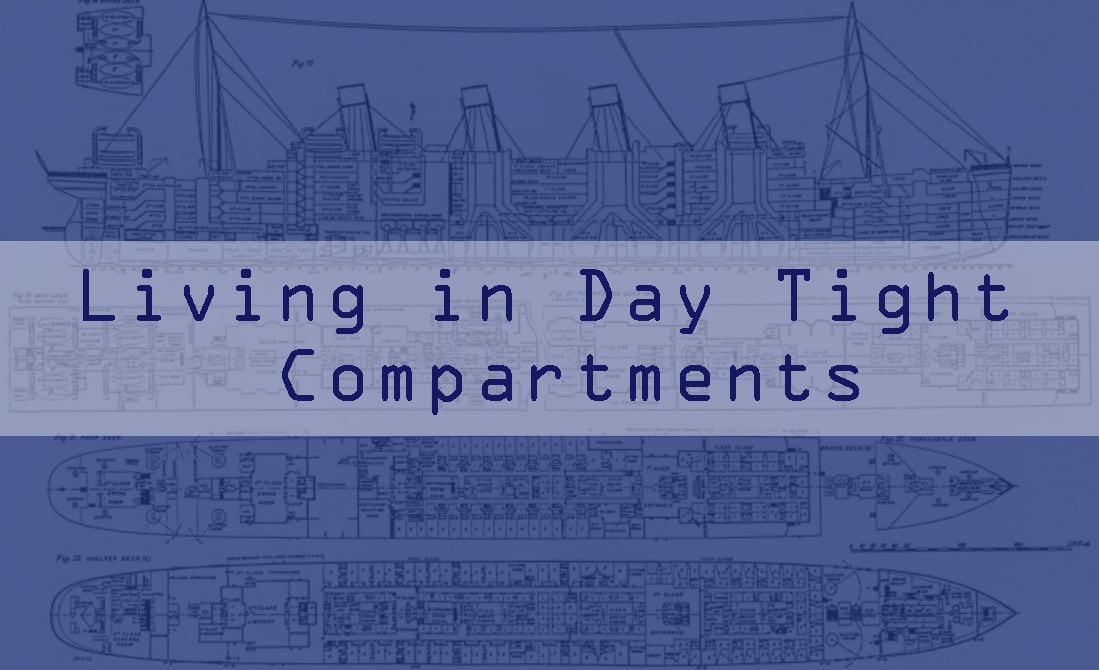 In 1986, while organizing some office space at Loma Linda University, I unearthed a stack of small yellow books that had been bulk purchased by Dr. Harvey Elder, a spiritual wayfarer who happened also to be an infectious disease specialist. The discovery of the book, “A Way of Life: Living in Day Tight Compartments,” would be one of the nodal points of my kingdom pilgrimage. I read it annually. Deliberately, I chose to review it in the early morning hours prior to going to the hospital for the scheduled delivery of each of my three children.

Dr. William Osler, widely regarded as the father of modern medical education, delivered this speech at Yale in 1913 as part of the Silliman Lecture Series. With the fatal end of Titanic a fresh memory, Osler described the most effective way of life as one that is lived in day tight compartments. Referring to the great ships that were constructed with numerous watertight compartments, he told the students that they were on a longer voyage than Titanic and equipped with more marvelous machinery, then he proceeded to make the case for the beauty and power of living for the day.

Osler admitted his message could be perceived as too simple, just as Naaman felt the straightforward advice to wash in the river appeared inadequate to the task. Comparing the concept of day tight living to a sort of elementary composite tool that would be found in any toolbox, Osler described the idea as a rough sort of instrument or habit that could be usefully adopted by anyone in any situation. A brilliant physician of planning and action, Osler recommended to the students that they, first and foremost, follow Jesus’ simple advice to pray for daily bread and don’t be anxious about anything.

Osler emphasized the power of the habit. He included temperance and daily Bible study, but equally valuable, he contended, was the notion of developing a ritual of peeling away the day’s cares at bedtime, just as one routinely undresses for bed. Osler advocated that a daily release of bitterness, real and fancied slights, trivial mistakes and even joys would leave a person ready to truly rest, and be awakened equipped to do the tasks of the next day.

Undress your soul at night not by self examination, but by shedding, as you do your garments, the daily sins whether of omission or of commission, and you will wake a free man, with a new life. To look back, except on rare occasions for stock-taking, is to risk the fate of Lot’s wife. Many a man is handicapped in his course by a cursed combination of retro-and intro-spection, the mistakes of yesterday paralyzing the efforts of today, the worries of the past hugged to his destruction, and the worm Regret allowed to canker the very heart of his life. To die daily, after the manner of St. Paul, ensures the resurrection of a new man, who makes each day the epitome of life.”

In addition to a refusal to worry about the past, Osler extended the notion of day-tight living to the future:

The load of tomorrow added to that of yesterday, carried today, makes the strongest falter. Shut off the future as tightly as the past…To youth, we are told, belongs the future, but the wretched tomorrow that so plagues some of us has no certainty, except through today. Who can tell what a day may bring forth? ... The future is today – There is no tomorrow! The day of a man’s salvation is now – The life of the present lived today, lived earnestly, intently, without a forward looking thought, is the only insurance for the future. Let the limit of your horizon be a 24-hour circle… Waste of energy, mental distress, nervous worries dog the steps of a man who is anxious about the future. Shut close, then, the great fore and aft bulkheads, and prepare to cultivate the habit of Day-Tight Compartments.”

Osler allowed for the rare backward or forward life examination but he contended that the habitual daily rumination on past and future would not be helpful, but detrimental, to living effectively.

Author and theologian Greg Boyd writes about this same idea in the context of spiritual practice:

The glory of God surrounds you every second of every day. What a profound truth! But most of the time – like a dark cloud blocking the sun – the mental chatter about the past and the future keeps us from seeing it. We are absorbed in the past – with all the regrets and pain – or the future – shaped by both hopes and fears – and this causes us to miss the wonder of the present.

The present is all that is real.

The past is gone. The future is not yet. We remember the past and anticipate the future, but we always do so in the present. Reality is now. And the single most important aspect of reality is that God is present every moment.”

God is with us now. God is the God of the living who wants us to exit the boggle of the depressing past and the boondoggle of the anxious future.

Our main business is not to see what lies dimly at a distance, but to do what lies clearly at hand.”

When approached by friends wanting to publish some facsimile of the Yale Silliman Lecture, Osler suggested that the following poem by Sanskrit poet Kalidasa be used as part of the publication:

Listen to the Exhortation of the Dawn!
Look to this Day!
For it is Life, the very Life of Life.
In its brief course lie all the
Verities and Realities of your Existence.
The Bliss of Growth,
The Glory of Action,
The Splendor of Beauty;
For Yesterday is but a Dream,
And To-morrow is only a Vision;
But To-day well lived makes
Every Yesterday a Dream of Happiness,
And every Tomorrow a Vision of Hope.
Look well therefore to this Day!
Such is the Salutation of the Dawn!

Notes:
You can read the entirety of Osler’s speech here: http://www.silkworth.net/pdf/a_way_of_life.pdf