We Will Be a Masterpiece: Meditation from a Rehab Facility

We Will Be a Masterpiece: Meditation from a Rehab Facility 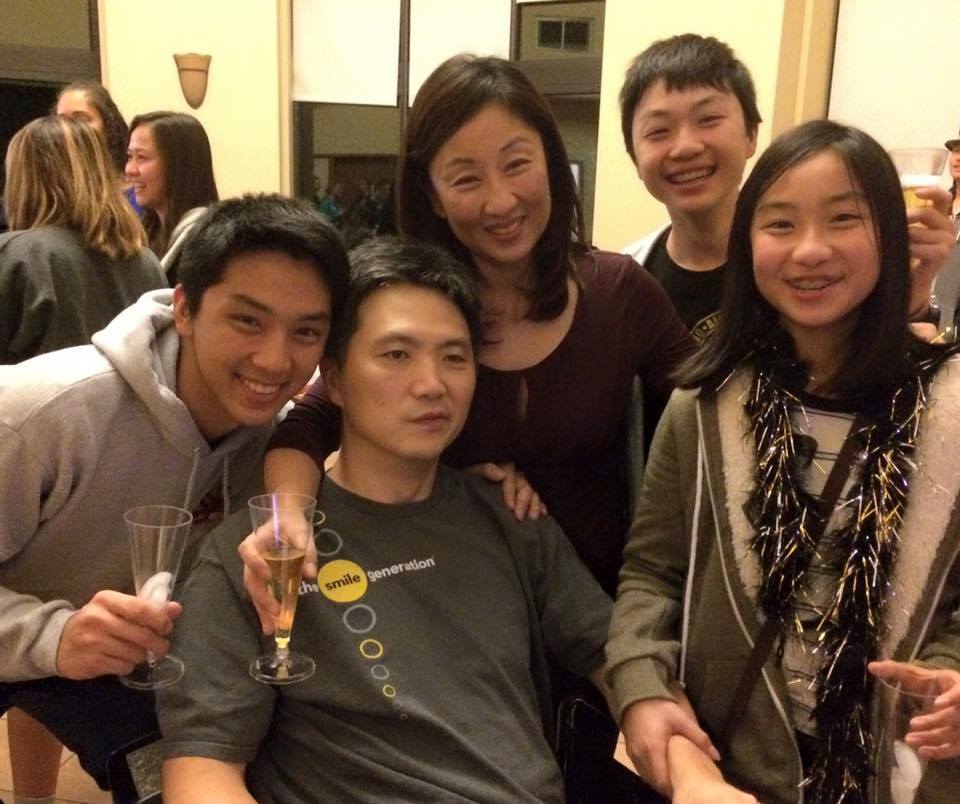 On December 15, 2015, my husband Tom Kim was in a mountain bike accident that caused a dissected carotid artery and resulted in a massive stroke. As a result of the stroke he was left with deficit to his right side limbs as well as severe apraxia and aphasia, which has left him unable to communicate.

After being released from Loma Linda University Health’s Acute Rehab, Tom went to Casa Colina, and Neuro-IFRAH center for physical rehab and is currently finishing up a 6-week program at the University of Michigan Aphasia Program.

Before the accident, Tom was a successful endodontist who enjoyed serving others on mission trips and living life to the fullest. Tom, our 3 children and I are longtime members at Calimesa Seventh-day Adventist Church in California, where Tom was one of the worship leaders.

I have been missing Tom's voice more than words can say. I understand what it means when they say, "with every fiber of my being." I miss listening to him speak, sing, laugh...

I miss it so much that sometimes I'll call his cell phone and listen to his recording on his voicemail prompt. Frankly, I don't know how to cope with not being able to communicate with him. I'm having a hard time.

I wish Jesus was here to touch him.

He would have surely touched Tom and loosed his tongue as he did for the man who was deaf and couldn't talk. He would've placed his hand on Tom and healed his lame arm and strengthened his leg.
He would have said, "Go. You are made whole again." His touch would have been enough to accomplish all that.

I also wanted my touch to convey what my words cannot.

As we held each other, we tried to communicate to each other our hopes and desires.

I wanted to let him know that I love him.
I wanted him to know how much I miss him and for him to keep persevering to talk.
I wanted to share with him my pain because that's what we do—share.
I wanted him to feel whatever strength I had in me and draw from it, if he needed to. 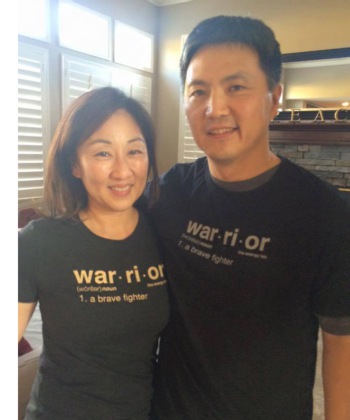 And he wanted to console me.
He wanted to reassure me that it was going to be alright.
He wanted to protect me. But at the same time, he was unsure—so he was sharing with me his fear.

I'm sure it looked like anything BUT a Norman Rockwell painting—both of us in our pajamas with Tom sitting on a chair, and me, standing next to him, holding each other, while my tears fell on his head along with a silent prayer...

But what life is like a picture perfect painting?

I know that even though my life may have looked like one on the outside before Tom's accident, inside, there were many traces of a Picasso painting. I think every person's life painting is like that. There is always a worry, a concern, something that causes a tear or anger...

We are not perfect paintings, I remind myself. But God, our Master, who wants to create a beautiful picture in our lives is capable of perfection. With every brush stroke, every perfect color, with every perfect touch, He creates a masterpiece. He devotes all His time, energy, effort...all His being into us- because He loves us.

I want to erase and photoshop my life's pictures.

Reality is that I need to hand it to the Master.

With His touch, no matter what we may look on the outside, we will be a beautiful picture to behold. We will be a masterpiece.

He has made everything beautiful in its time (Ecclesiastes 3:11).
For we are His workmanship (Ephesians 2:10).

Images: Above, Tom and Caroline Kim with their three children on New Year's Day at Loma Linda University Medical Center's Acute Rehab facility. Below, Caroline and Tom after his discharge from acute rehab with custom made shirts.

Caroline Kim is a parent of three. The younger two, ages 13 and 14, she homeschools. Her oldest, after being homeschooled, just completed his first year at Southern Adventist University. Caroline’s meditations on Tom’s rehab are all at her blog, One Day’s Journey.