Springtime at the Mall of Adventism

Springtime at the Mall of Adventism 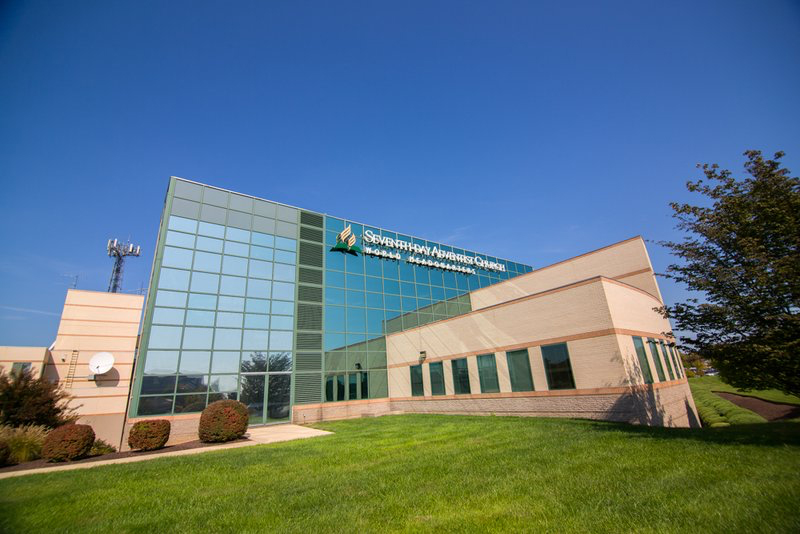 Dark clouds squeezed out big fat raindrops for the opening of Spring Meeting at the General Conference of Seventh-day Adventists headquarters.  Division officers from around the world and newly appointed Executive Committee members were gathered to assess the numbers crunched from tithe and year-end giving, dividends on investments, and the fluctuations of global currencies. In good years, when there is a surplus over budget projections, additional appropriations are often divvied up between the divisions. But not this year.

Somber financial news in 2015 topped the agenda, In the treasurer’s report, Juan Prestol-Puesan told the gathered leaders that the strength of US currency had cost the GC $19.4 million in exchange rates on money coming in from around the world. The General Conference operates in U.S. dollars, but 53 percent of its income originates in other currencies. Additionally, the $12.6 million spent on the General Conference Session in San Antonio, a drop in income on investments, an appropriations increase of $2 million,  made 2015 a very expensive year for the General Conference. While the “operating expense cap” was not exceeded, it was at 98.04%, the highest it has been since 2005, when it was at 98.62%. The expense cap is the requirement for the General Conference to keep operating expenses capped at 2.0 percent of gross world tithe. Net assets for the church dropped by $19 million.

Prestol’s report also included cautionary projections for the future, given that the North American Division is moving out of the General Conference building. Losing the rent from NAD  will take over $1 million/annually out of the 2017 General Conference budget and beyond, plus the empty space will have to be rehabbed for other use, Prestol said.

There have been several rehabilitation projects recently in the General Conference facilities. The colonial style living room furniture in the lobby has been replaced with round leather couches centered in the recently installed art exhibit telling the story of salvation from creation to the second coming. Reproductions of familiar illustrations from the iconic Bible Story books by Arthur Maxwell line the walls making me think of Friday evening worships from my childhood.

Other recent rehabilitation projects have included the creation of a Visitor’s Center, new production facilities for Hope Channel, and a remodel of the White Estate offices. The sprawling building serves somewhat as a Mall of Adventism housing multiple institutions in addition to the General Conference officers on level three. ADRA and the Review also have their niches.

Previous tenants that have moved out of the building include Griggs University, a distance learning institution that is now part of Andrews University.

The exciting news that President Ted Wilson had to share concerned the upcoming May evangelistic series in Rwanda where he will be one of the speakers, and at which he is anticipating 100,000 baptisms. Total Member Involvement, his major initiative for the next five years, will be the key to this effort in Rwanda where there will be some 3,000 different evangelistic sites. Local pastors and members will be part of the speaking team, as will Nancy Wilson, wife of President Wilson. The local pastors have committed to spending even more time with new members after the series so they remain a part of the congregations they join, too.

Next on the agenda was a report by the Department of Women’s Ministries from the Advisory session recently held with all the various Division Women’s Ministry leaders. Heather Dawn Small, the director of the GC Women’s Ministries Department, presented the resolution, drafted with her peers in the divisions, calling for equality and justice for women. “Resolved, we request that women and men in leadership positions be treated equally in work load, compensation and responsibilities.” President Wilson took a vote of the Committee to simply receive the report.

Larry Evans presented a new initiative for Special Needs Ministries that will include work with the deaf, the blind, physically and mentally challenged individuals as well as orphans. He talked about the need to begin with the language we use in describing such ministry. It is not ministry to or for such individuals, he stressed, but ministry with them. And the ministry will address the needs of caregivers for such people, too.

Transitions in leadership were marked at the meeting. Brad Thorpe, the president of the Hope Channel for the past 23 years, gave his final report on the state of the denomination’s broadcasting organization. While he will remain at the General Conference as a field secretary, Derrek Morris has been chosen the new president of Hope Channel. Thorpe presented Morris with a model satellite as a symbol of Hope Channel as a global pulpit. With 43 television channels, 6 more channels in development, and 11 audio channels, Hope is the largest Christian denomination broadcasting service Thorpe said.

The selection of Rick McEdward to replace Homer Trecartin as president of the Middle East and North Africa Union was also announced as the Division presidents gave their reports on the Mission to the Cities initiative in their territories. Trecartin recently requested to return to the United States for personal health issues. He and McEdward are exchanging positions, because Trecartin was chosen to replace McEdward as director of the church’s Global Mission Centers for World Religions.

This is the fifth such transition of a General Conference institution.  Several years ago, Andrews University took over Griggs University, the church’s long-time distance learning entity.  The church’s Media Center and its broadcast programs programs were handed over to the North American Division. Last year Oakwood University and the printing operations of the Review and Herald Publishing Association were also passed to the North America Division.

Constituency sessions for such organizations often fill out the agenda for these meetings, since the constituency of General Conference organizations are essentially composed of this Executive Committee plus some additional members pertinent to the institution.

This year, there was no attempt to hold the constituency meeting of Loma Linda University in Silver Spring as had been done in the past with Skype bringing together people in two places. This year, the church leaders involved in the LLU constituency were scheduled on Wednesday afternoon flights to California to be at the LLU meeting on Thursday.

That meant that the Spring Meeting in Silver Spring ended promptly at noon with a reading from Christ Object Lessons on “The One Talent”. “Let a living faith run like threads of gold through the performance of even the smallest duties,” President Wilson repeated. “Thus through the right use of our talents, we may link ourselves by a golden chain to the higher world. This is true sanctification; for sanctification consists in the cheerful performance of daily duties in perfect obedience to the will of God.”

The stormy weather had past by the time the meetings were over. Sun shone on the tulips and azaleas as the executive committee members exited.