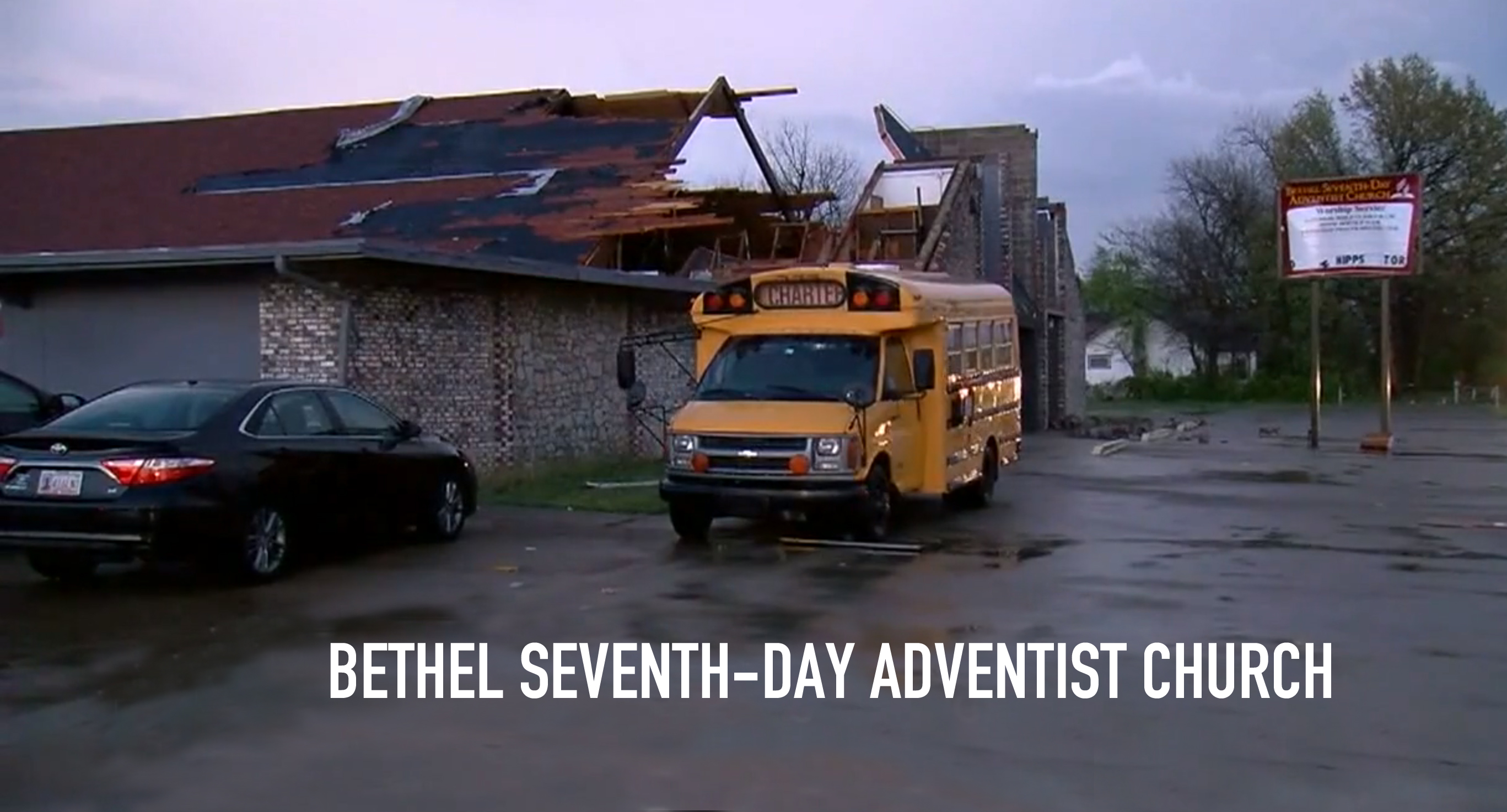 Tulsa Adventist Church Heavily Damaged by Tornado. The Bethel Seventh-day Adventist Church in north Tulsa, Oklahoma, had its roof torn off by a tornado during their Wednesday night prayer meeting. At least seven people were inside when they heard what sounded like a freight train heading toward them.  In addition to the roof blowing off, the building also sustained electrical damage. No one was injured. Church members hope to rebuild. From News Channel 2 KJRH, "Tulsa's Bethel Seventh-day Adventist Church Sustains Tornado Damage While Members in Prayer Group."

Conscientious "Objector" or "Cooperator" Reexamined in Current Supreme Court Case. Seventh-day Adventists’ theological teachings on war are highlighted in an article in the Huffington Post.  In the 20th Century, "Adventists wanted to be patriotic non-combatants, as their objection was to bearing arms, not war writ large." They accepted enlisting—so long as they could serve as noncombatants, a position labeled “conscientious cooperation.” A similar issue of conscience is currently being argued in the Supreme Court, regarding the application of the Affordable Care Act’s contraceptive mandate to religious non-profits. From Huffington Post, "‘Conscientious Collaboration’: It’s a Thing."

Ivorian Adventist Church Hosts Peace Summit After Terrorism. At the Seventh-day Adventist Church’s regional headquarters in the capital city of Abidjan, religious leaders from many different faith communities urged the people of Cote d’Ivoire to reject intolerance and violence in the name of religion. The peace summit followed an attack by Islamist militants at the Cote d'Ivoire seaside resort of Grand-Bassam. An Al-Qaeda affiliate claimed responsibility for the attack. From Adventist News Network, "Adventists in Côte d'Ivoire host peace summit following terrorist attack."