I Was A Refugee 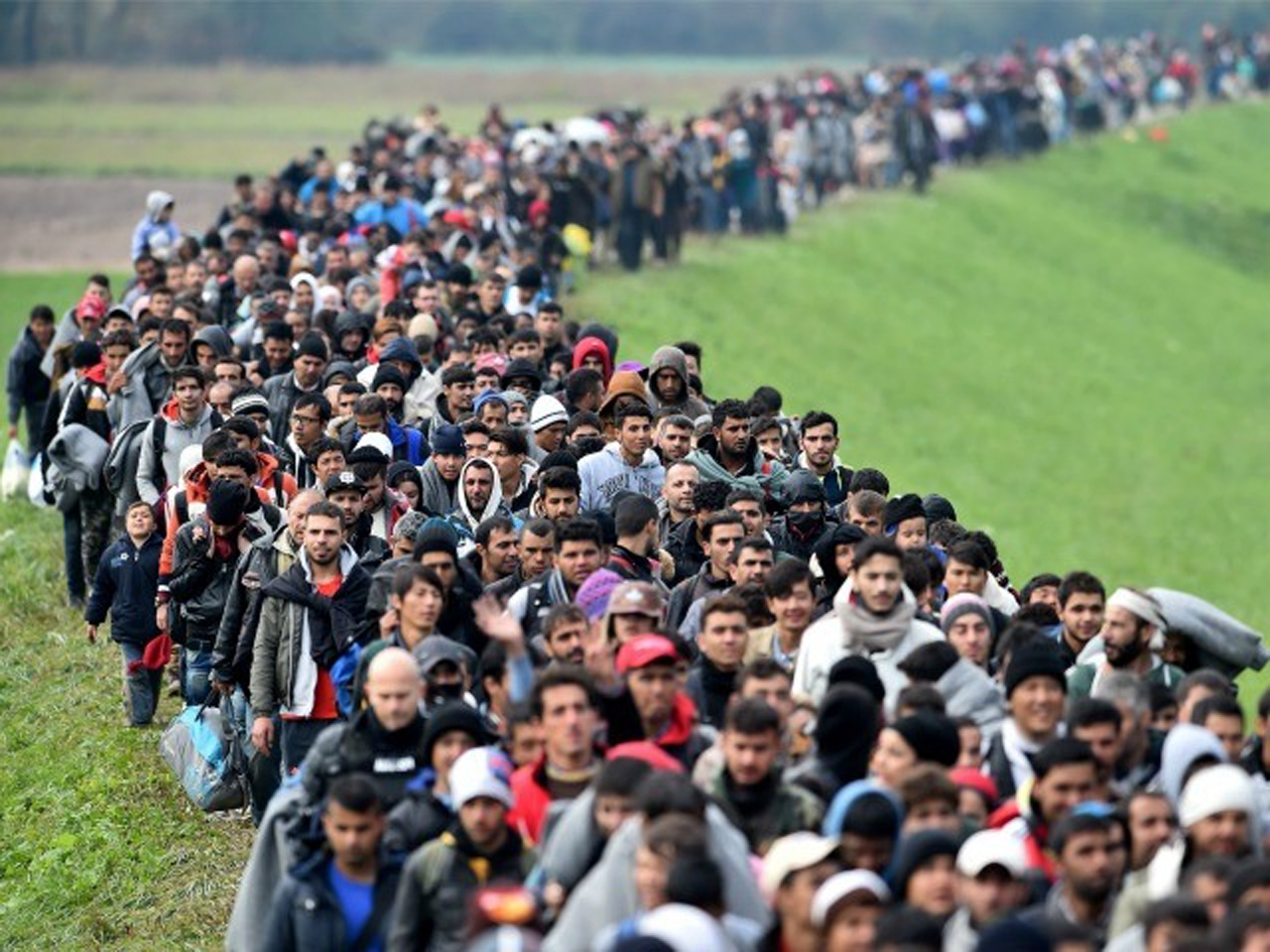 The Winter 2016 issue of Spectrum features articles about the World's Migrant Crisis. The issue explores biblical perspectives on the immigration debate, provides first-hand stories of migrants and the Adventist communities working to assimilate and care for refugees, and offers accounts from Serbia, Macedonia and the Middle East. To receive Spectrum quarterly, become a member of Adventist Forum by clicking here. In the following essay Tom de Bruin, writing from the Netherlands, reflects on how his family's experiences as refugees has shaped his understanding. -Ed

I'm from a family of refugees. My father fled cold, post-war Holland for the promise of a better future in South Africa. My grandmother’s family is descended from the Huguenots, who fled to Holland centuries ago. On my mother’s side we are Afrikaners. In the seventeenth century we fled from Holland to Cape Town, and later we fled from the British into the interior of Africa. I, myself, am an economic refugee. I fled to Holland with my parents when I was twelve, just a year after the fall of apartheid.

Obviously I’m exaggerating a bit about myself. I have had a Dutch passport since birth. While we didn’t flee the country fearing for our lives, we also couldn’t tell anyone we were going. My friends didn’t know I was leaving the country. We were almost stopped at the airport. Simply leaving the country was tricky back then.

My own experiences as a refugee are wholly incomparable with those of the millions of refugees worldwide. But even for me, the impact of this move on my life was enormous. Packing your things, leaving your home, telling no one where you were going, and then building a new life in a strange land with strange customs. If this relatively civilized, intercontinental migration influenced me so much, how terrible must it be for the millions who have left everything behind, fleeing for their lives? I cannot imagine, and I don’t think anyone who has not experienced it can.

It’s very hard to deal with experiences you cannot imagine. My mentor always reminded me that I needed to walk a mile in the other’s shoes. But how can you do that if the other doesn’t even have shoes? How can we be compassionate to people who experience the unimaginable? This lack of compassion is evident in the terrible reactions that we read and hear in media. Refugees are burglars breaking into our country. Refugees are an army that is occupying our territory. Refugees are only after our money and quality of life. Refugees are murderers and rapists. In Europe we see that refugee housing is being attacked: racist slurs on the walls, pig heads on the gates.

Many people think that these atrocities are just the voice of a populist minority. But government policy is not far behind. In Switzerland and Denmark, the government wants to take all valuables – especially money and jewels – from ‘their’ refugees. In parts of the United Kingdom refugees were forced to constantly wear red armbands. Comparisons to the Second World War are not at all hard to make.

These reactions do not occur in a vacuum. Refugees do lead to additional costs for governments, which is clearly frightening if you already have economic worries. Refugees come from different countries and cultures, which brings change – especially in monocultural communities. And, yes, there have been some terrible instances of social misconduct where refugees were involved.

All in all, dealing with the millions of refugees is quite a challenge. Even if you are totally committed to helping every single refugee, sociological issues remain. For example, how are we to deal with the intolerance towards women that flees together with the Syrian refugees?

We Own Our Country

The fundamental principle of the entire refugee crisis is that a group of people have ultimate say in an area. In my case, we have agreed that something called ‘the Dutch’ exists. ‘The Dutch’ are sovereign over a part of the world called ‘The Netherlands.’ People who, for one reason or another, are not part of ‘the Dutch’ can only settle in this area if they have permission. ‘The Dutch’ have agreed to take care of certain things in ‘the Netherlands’: democracy, freedom, safety, social equality and tolerance. People from outside the borders can be seen as a threat to these important values, and as dangerous for the area and its inhabitants. That’s why, some argue, we need to be careful that the stream of refugees does not undermine the core principles of ‘the Netherlands.’

The idea that a particular group of people are sovereign in a particular area is the fundamental assumption on which democracy is based. It is the foundation that nearly the entire world order is built on. But we Christians, as critics of the world, could bring some serious doubts about this idea to the table.

In 2017, all the Youth Directors of the unions in Europe will organise a European Youth Conference. About four thousand young people will gather in Valencia, Spain for a week of worship and service. As you can imagine, it is a lot of work to organise such an event, so the preparations started last September. The first item of business: a theme. After a day of meetings, brainstorming, praying, and more meetings we had an idea: travellers.

Now this may not immediately sound like the most inspiring theme. But if you consider the topic for a bit longer, you will notice quite a bit of theological depth. As Christians we understand that we are travellers on this earth. We are guests here and we are responsible for taking care of the earth while we are on it. God owns the world, and he has given it to humankind to take care of – he has given it to all his children. This means that, as Christians, we should know that any other person, wherever they may come from, is a transient traveller just like us. Every traveller should have the same rights.

If we all are travellers, what remains of our beloved democracy? What remains of the earthly kingdoms and powers? Are they fallacies; do they not exist? Should they not exist? These are tricky questions, with nuanced and complicated answers, but what remains is that God and the Spirit transcend these human concepts. The Dutch may believe in the Netherlands, but God transcends that. We may think we are sovereign on our own soil, but the Spirit reminds us that all the earth is God’s land.

For Christians it should be very easy. The earth is God’s, and we are honoured that we – all of us – can live here. Very rightly you could ask: Who are we to decide who can and cannot live somewhere?

Thousands of Refugees in the Bible

The Bible leaves no doubt about how to treat refugees. I think it has good reasons for this. There are thousands of refugees in the Bible. Count with me. Adam and Eve flee from Eden. Cain flees after his murderous crime. Noah flees the flood, Abraham and his family flee both into and from Egypt. Abraham’s family are all constant refugees: his nephew Lot flees out of Sodom, his son Ishmael flees into the desert, his other son Isaac flees to the land of the Philistines, his grandson Jacob flees from his twin Esau and later from his uncle Laban. Even later, Jacob and his family flee into Egypt, and years later Moses flees from Egypt twice. First alone, later with all the Israelites. Thousands of refugees – and this was just the first of sixty-six books in the Bible!

At first glance, then, it’s not hard to understand why God gives the Israelites so many very specific laws about refugees. The children of God are constant refugees before the giving of the law, so it seems wholly logical that God tells them: ‘When an alien resides with you in your land, you shall not oppress the alien. The alien who resides with you shall be to you as the citizen among you; you shall love the alien as yourself, for you were aliens in the land of Egypt: I am the LORD your God’ (Leviticus 19:33–34).

Linked to this intriguing law is another intriguing fact. The Bible, no matter how often it talks of refugees, seems hardly interested in discussing the challenges that refugees bring to a society. I can’t imagine that the modern world is unique in having one or two caveats regarding immigrants and refugees. The Israelites must have had similar worries. The Bible does not address them.

The only thing that comes close to these worries in the Bible is the requirement that aliens keep the laws of the land. The Bible does not discuss the troubles associated with the different religion that will accompany the refugees. A word is not wasted on the dangers of changing morals and ethics. Economic pressure is not addressed, nor are the costs of providing food or housing for these new people. Quite the opposite, actually: the Israelites get scores of laws that ensure that refugees don’t starve and are taken care of (see, for example, Leviticus 19:9–10).

The Bible spares no words for the troubles that refugees could bring to the Israelites. The Bible only discusses how we should treat other children of God, who come from a different part of his world. And, sadly, even though you would hope that the Israelites, refugees themselves, would know how to treat others, God still needs to tell remind them to take care of the others among them.

You or the Other?

It should be no surprise that this discussion of you versus the other stays at the forefront of the biblical teachings. Jesus teaches, again and again, that we should treat the other as we would like to be treated ourselves. Jesus, who is always both a refugee and an alien: God in the body of a human, as a baby with no place to rest his head, and as a child fleeing from Herod. Jesus knows what it is to be a refugee.

The life and words of Jesus are the main focus of the book of Hebrews. This is where we can find what might be the most inspirational and beautiful text regarding aliens, immigrants, refugees, and hospitality. ‘Let mutual love continue. Do not neglect to show hospitality to strangers, for by doing that some have entertained angels without knowing it’ (Hebrews 13:1–2). Hebrews refers to the ancient stories of two refugees: Abraham and Lot. Abraham who welcomed strangers and heard he would have a child, strangers who turned out to be angels. Lot who received travelers and heard he should flee for his life, strangers who turned out to be angels. Both of these ancient refugees were hospitable to these angel-aliens. Not because they knew they were angels, but because they were the kind of people who are hospitable to aliens.

This may be the most inspiring thought to face the current challenges. Be kind to the strangers – who knows, they too might be angels.

Tom de Bruin is Director of Communications for the Netherlands Union Conference. This article first appeared in that union's official publication, Advent.