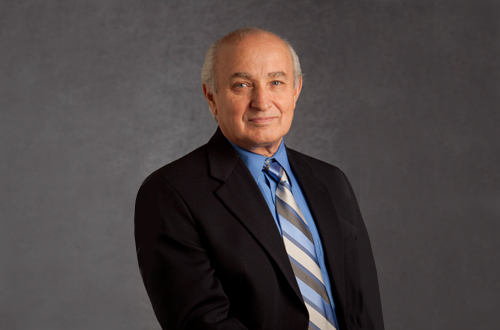 Andrews University has announced the passing of longtime professor of ethics at the Theological Seminary, Dr. Miroslav Kiš. The following announcement was sent from the Andrews University public relations office:

We are saddened to inform the campus community that Miroslav M. Kiš died Tuesday afternoon, February 23, 2016, from a heart attack.

His son, Andrej, works in the Office of Academic Records as articulation coordinator. Brenda Kiš, his wife, worked in the seminary for a number of years before she became an employee at Adventist Frontier Missions. She also retired on June 1, 2015. Their younger son, Adam, is currently an assistant professor of anthropology in the Department of International Studies at Burman University in Alberta, Canada.

Further details about funeral arrangements will be shared in the Life Stories section of Andrews Agenda as they become available.

Please remember the entire Kiš family in your thoughts and prayers as they deal with this difficult, unexpected loss.

Kiš was born and raised in then-Communist Yugoslavia. As a young child—only 2 years old—he lost his father. He was tenth of 11 children, and his family faced poverty and hardship because of his Christian beliefs, particularly his Sabbath observance, which included refusing to attend school on Saturday. Kiš has been a watchmaker, a youth leader, a pastor, a professor and chair of the Theology Department at Andrews University. He authored books and papers on theology and ethics, tackling topics like marriage and homosexuality, the ordination of women, biblical interpretation, and Christian morality and ethics.  Kiš received his MDiv from Andrews University and a PhD from McGill University in Montreal. His doctoral thesis, "Revelation and Ethics: Dependence, Interdependence, Independence," compared the neo-orthodox ethics of Reinhold Niebuhr and the evangelical paradigm of Carl F. H. Henry vis-à-vis divine revelation. He conceived of the goal of theology as bridging gaps between knowledge, truth and praxis specifically in three areas: the distance between ignorance and knowledge, knowledge and action, and action and character.

Miroslav Kiš's lifelong quest to understand truth, which for him was rooted in biblical texts, is evident in the many writings he leaves behind.