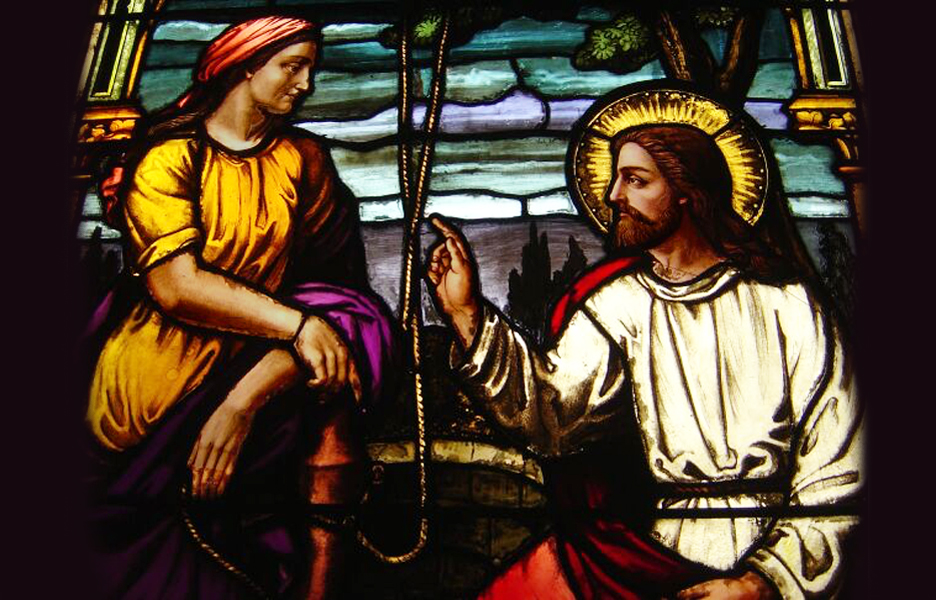 We can learn about what mattered most to Christ about His comrades-in-arms by examining the people He revealed Himself to and the contexts of those revelations. Following are descriptions of three of those encounters.

The Woman at the Well
One of the unlikeliest was the woman who encountered Jesus at Jacob’s Well near Sychar. It was not the most convenient well closest to town, and it was not the most convenient time of day to lug a large jar of water home–around noon, when the sun was hottest. But it was a good time for a woman with too many secrets to avoid the prying eyes of her fellow townswomen. Instead she blundered into a thirsty, dusty Traveler whose gaze pierced into her soul. He was a man and Jew; she was a woman and a Samaritan. They should not have been talking at all. But she was brazen enough to go where no self-respecting woman would have gone. Even after He exposed her secrets she did not turn away.

And, after their brief conversation turned to theology, He was as direct with her as her first words had been to Him: “The hour is coming, and is now here, when the true worshipers will worship the Father in spirit and truth, for the Father seeks such as these to worship him” (John 4:23, NRSV).

I know—and believe—the Messiah is coming, she replied.

She did not know how special she was. “Breathtakingly unique” among all four Gospels, is how Jon Paulien describes this open proclamation by Christ of His status as the Messiah (The Abundant Life Bible Amplifier: John, 105).

Christ, however, understood her capabilities perfectly. Before they had a chance to say more, His disciples showed up and she hurried to town to spread the news.

“He told me everything I have ever done,” she told the first people she met–in other words, plan to leave your pretensions at the door. “Many Samaritans . . . believed in him because of the woman’s testimony.”  And those who did not followed her out to the well and saw for themselves: “And many more believed because of his word.” (John 4:39-41). This was anything but a side trip through Samaria from Judea to Galilee. Christ was so impressed by the clarity, the lack of pretension, in this woman’s mind that He forgot he was hungry or thirsty. As Ellen White has noted, “He saw her drinking of the water of life, and His own hunger and thirst were satisfied” (Desire of Ages, 190-191). His own disciples, the wealthy scholar Nicodemus, and others, with more direct evidence, took longer to process what He meant and to fully understand His mission. Christ relies on all types of witnesses.

Martha and the Death of Lazarus
The home of Martha, Mary, and Lazarus in Bethany, just outside Jerusalem, was a haven from the harsh critiques of the Temple elders and the criticism Christ faced even within his own family. It was, according to Ellen White, “one home that He loved to visit . . . for in the atmosphere of faith and love His spirit had rest” (Desire of Ages, 326). Martha, never at rest, had received her comeuppance when she fretted as Mary lounged at Jesus’ feet: “Martha, Martha, you are worried and distracted by many things; there is need of only one thing” (Luke 10:41-42).

Martha’s brief appearance in this story is often the only thing readers remember of her. However, given her abilities, she was probably largely responsible for the orderly yet relaxing atmosphere that made this household so appealing to Jesus. Martha’s zeal to provide hospitality for her unexpected deluge of guests likely led to the frustration that spilled out in front of her Friend.

We learn more about Martha in a revealing episode after Lazarus died. Of course Mary and Martha had reached out to Jesus when Lazarus fell ill, and even His disciples could not figure out why He waited two days to start for Bethany. When He revealed to the disciples that Lazarus had indeed died, they were confounded that, after it was too late to help Lazarus, He would lead them to the vicinity of Jerusalem and certain death for them all.

But watch how the rest of the story of Christ’s relationship to Martha unfolded. He approached her house but did not enter, wishing to escape the caterwauling mourners. The news of his arrival was slipped to Martha, who seemed to head the household, and she quietly left alone. The ensuing exchange between Martha and Christ revealed the depth of their relationship.

“Lord, if you had been here, my brother would not have died,” she said, in what could have been an accusation and sounded nearly as much when Mary met him a few minutes later. But Martha had the faith to go one step further: “even now, I know that God will give you whatever you ask of him.”

What did she expect? Immediate resurrection? Healing of the family’s sorrow and emotional wounds? Something else?

“Your brother will rise again,” He told her.

Martha understood correct doctrine, suggesting she did not fully grasp the assertion of faith she had just made: “I know that he will rise again in the resurrection on the last day.”

“I am the resurrection and the life,” Jesus continued. “Do you believe this?”

And then Martha put together what she had been hearing for months, even years: “Yes, Lord, I believe that you are the Messiah, the Son of God, the one coming into the world.” The disciple John likely heard this exchange in person, and he certainly witnessed the scene that followed at the tomb of Lazarus when Christ ordered the stone door removed. Even after Martha’s assertion that God would give Christ anything He asked, and after her more spectacular claim that Christ was the Messiah, her fastidiousness swept aside her heartfelt statements of faith: “Lord, already there is a stench because he has been dead four days,” she said in alarm.

Generations of New Testament readers have anxiously compared themselves to Mary or Martha, relaxing if they identify with contemplative Mary or shifting uneasily if they think they might be as compulsive as Martha, but aren’t the best of us just like Martha when we read the entire story? The best of us can understand correct teaching, grasp the advanced concepts of who Jesus is, even witness to that fact, and yet, when confronted by a direct example of His authenticity, we would let it slip by unnoticed if He were not there to remind us. Like Martha, we still have more to learn.

Mary Magdalene at the Tomb
It took until the very edge of the Sabbath to place Christ lovingly in Joseph of Arimathea’s tomb, and Christ’s women followers worried that His body had not been sufficiently anointed with burial ointments and spices. After the Sabbath, as soon as a tiny bit of light appeared, Mary Magdalene and several others converged on the tomb. When Mary saw that the stone had been moved aside and the tomb was empty, she hurried to tell Peter and John. While they investigated, Mary stood outside the tomb and cried. Blinded by sorrow, she did not realize Who stood next to her.

“Woman, why are you weeping?”

“They have taken away my Lord.”

“Mary!” The tone that had sent seven devils fleeing pierced her agonized sobs.

“Teacher!” She fell at His feet.

There was no time for adoration and relief. “Go to my brothers and say to them, ‘I am ascending to my Father and your Father, to my God and your God.’”

Mary became the first to witness about the pivotal moment in Christian history, the Resurrection: “I have seen the Lord!” (John 20:13-18).

After Lazarus died Martha believed, understood, and yet failed to grasp the immediacy of Christ’s message. At the Tomb, Mary Magdalene demonstrated her love for Christ but was blinded by tears as He stood in front of her. The rest of the disciples did not even get that far. Afraid for their lives, they hid. He had tried to prepare them: they seemed to understand that He was the Messiah, but they could not quite grasp what that meant. He tried to tell them He would die and then would rise on the third day, but the awful finality of the actual event swept away the memory. According to Luke, when they heard the women’s report of His resurrection, it “seemed to them an idle tale, and they did not believe them” (Luke 24:11).

Ellen White thought of them when she said, “Mourn not as those who are hopeless and helpless. Jesus Lives, and because He lives, we shall live also. . .this hope. . .will hold the soul like a sure, tried anchor” (Desire of Ages, 794). Martha, Mary Magdalene, and the disciples understood and affirmed Christ’s message, given to them in person, but the twists and turns of events baffled them, at least for a while. After Christ ascended to heaven, everything clicked into place. What made the Samaritan woman, with just a few moments of Jesus’ time, grasp His message so confidently? Did she grasp it so well because she needed it so much?

Terrie Dopp Aamodt is Professor of History and English at Walla Walla University.