The Road through the Void 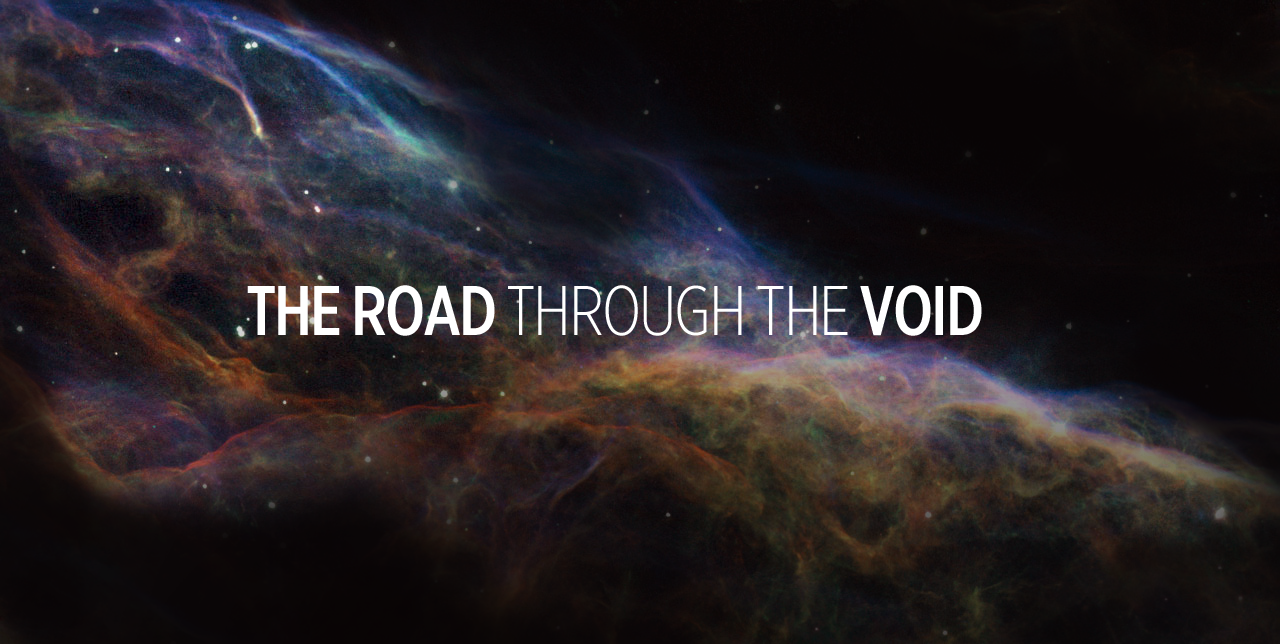 The current issue of the Spectrum Journal, which has recently begun dropping in mailboxes, offers several articles on Adventism and Atheism—the intersections of faith and doubt. Tom Whetje writes about the Paradox of Adventist Atheism in "Too Adventist to be Adventist?" Richard Rice considers Analytic Philosophy and the Death of God in his article, "When Philosophy Killed God." Nathan Brown participates in a Q & A with Charles Scriven about his book "Why I Try to Believe," in which he considers and response to the experience of Ryan Bell, who left the Adventist pastorate and eventually declared himself an atheist. Zane Yi discusses reasoning about God in a secular age. Yi's article is "Telling a Better Story." Finally, Hollibert Phillips rounds out the section of the journal on Adventism and Atheism with his essay entitled "Certainty and Heresy." To obtain a current copy of the journal, contact the Spectrum office or become a member of Adventist Forum and receive the journal quarterly with membership.

What follows is a poetic meditation on faith and doubt from retired pastor Smuts Van Rooyen, whose ministry in the Seventh-day Adventist Church spanned many decades.

THE GLORY OF AN ARDENT DOUBT- CONSCIOUS FAITH

One of the most beautiful and perplexing ironies of life is that there is a type of faith that is filled with fire and devotion yet also contains a heavy dose of doubt. Surprisingly, people who carry this strange concoction of doubt-faith within their souls have come to see their doubt as a definite plus and as an indispensable element for being alive before God. They no longer see the elimination of doubt from their lives as a viable or even desirable option. In short, they have learned to live with both the tumult and the glory of an ardent, doubt-conscious faith and to flourish with ambiguity.

Perhaps there has been no greater search for a sustaining faith than the one made by Alfred Lord Tennyson as related in the poem In Memoriam. When his close friend and brother-in-law Arthur Hallam died suddenly at a young age of a cerebral hemorrhage in 1833, it left the poet devastated. He recorded the saga of his search for meaning and hope in a book-length poem that took him seventeen years to write and consisted of 133 sections (cantos). What a struggle with the rip tide!

The initial shock of the unanticipated death pushed him back to a pre-verbal childhood, where he was unable to speak coherently about his pain and unable to make sense of his darkness:

This emotional numbness that puts us beyond words was also known by the apostle Paul who spoke of his confusion in prayer, “We know not what we ought to pray.” (Rom. 8:26) All we have are groans as we seek the relief of an intelligent verbalization. How do we make sense of anything if we cannot put it into words? Yet although we do not know it our groaning is the deep rumble of a restless faith waiting to be set free, a faith which has been held under dark water and is about to forcibly exhale again at the surface, then draw in fresh life. Our terrible underwater groans are joined by the Spirit who groans for us with a groaning that cannot be uttered but which God nevertheless can decipher. Still there are no words, not even Spirit words. Yet out of this mystery of inarticulate pain one grand word will burst forth as we are enabled to shout - “Abba!” Father! At last we are delivered from the slavery of our meaninglessness and enabled to see ourselves as children of a loving Father. We are not alone and we are not futile.

This finally happened to Tennyson. The Spirit through his poetry brought him to a place that was not free of doubt or tears but rather a safe place to weep and be comforted. The resolution to his grief was not an understanding of the mystery of death, but a discovery of a Parental Presence.

Then was I as a child that cries,
But crying knows his father near.

You remember, I’m sure, the story of the small girl who was deeply afraid of the dark and employed all sorts of delaying tactics (I’m thirsty and need some water) to ward off going to bed. Her father who understood her fear gently gave her a choice. While she must go to bed immediately, she may choose whether to leave the the light on in her room and dispel the darkness, or leave the light off and have her dad sit with her in the darkness. She always chose presence over light.

But Tennyson’s doubt was more than the consequence of an overwhelming, sudden grief. It had a broader intellectual basis. As is often the case, grief can lead to severe questioning on a variety of difficult fronts. He was suddenly perplexed by the savage cruelty in nature. He saw the violent structure of the food chain and what he saw did not jibe with what he knew of God. Tennyson is the very one who coined the bloody phrase, “Nature, red in tooth and claw,” a phrase that was later used to describe Darwin’s Theory of Evolution although evolutionary notions had not yet surfaced. God seemed to the poet to be out of joint. His love and the negatives in nature were at terrible odds.

As a believer he also found that he could not simply take refuge in the doctrinal system of his church. Platitudes, statements of belief, confessions could not cut through his problem and sustain his faith. He now painfully questioned the very system that had previously kept him going. On what could he rely? His doubt now demanded of him an utmost measure of honesty so as to hold his faith to account. He could not shy away from his mind and still be himself. Deep doubt does not just go away on its own. Would the music ever come? Yes, but not the old music.

Perplext in faith, but pure in deeds,
At last he beat his music out.
There lives more faith in honest doubt,
Believe me, than in half the creeds.
He fought his doubts and gathered strength
He would not make his judgment blind.
He faced the specters of the mind
And laid them; thus he came at length
To find a stronger faith his own.
And power was with him in the night
Which makes the darkness and the light,
And dwells not in the light alone

Tennyson fights through his grief, his problems with the violence in nature, his questions with the creeds of his church, and finds the God who is with him not only in the light but in the darkness. To his amazement he discovers that doubt is one way to have a relationship with God. He comes to a stronger faith by facing the frightening specters of his mind. So must we all. Troubling questions that threaten a belief system don’t just go away for good on their own. They stubbornly refuse to be swept under the rug.

We therefore must search for evidence and a new train of thought to renew us. Doubt can lead us to the wonder of books. C. S. Lewis remarked that we read so that we may know we are not alone. Some of the greatest minds mankind has ever seen have struggled with our selfsame issues and found answers that are emotionally and intellectually sufficient, although still incomplete. We cannot know things at the level of the absolute rationale but our frustration level can diminish to where it is bearable, and we can have a sufficient understanding that brings peace. The mystery of life need not overwhelm us.

Doubt is in fact the place of new beginnings. But it operates in the horrific darkness upon the face of the deep. Here the black primordial waters bubble their mud, steam their odious sulfur, and froth their deadly yellow toxins. Yet these dark waters are the very place over which the Spirit chooses to wait and hover and move until the light breaks forth on a new world. Suddenly it is the first day of a new creation. Father! When that dawn broke for me, in celebration, I wrote what might pass for a modern psalm. David will forgive me.

IN THE BEGINNING WAS THE GROAN

Within the confines of the human breast
A vortex churns, as terrifying and powerful
As any black hole found
In the horrors of deep space.

Planets and dreams vanish down its throat
Like wrinkled peas in a kitchen sink.
Fixed stars shift then tear from their orbits
And are ground to galactic debris.

It is the Mystery
Of the unutterable groaning,
The silent pain of the Holy Spirit,
Who makes intercession for us.

And thus from the vortex
Of infinite despair
A divine groan goes forth
And a new creation begins.