Praying for Open Eyes: See Yourself as God Sees You 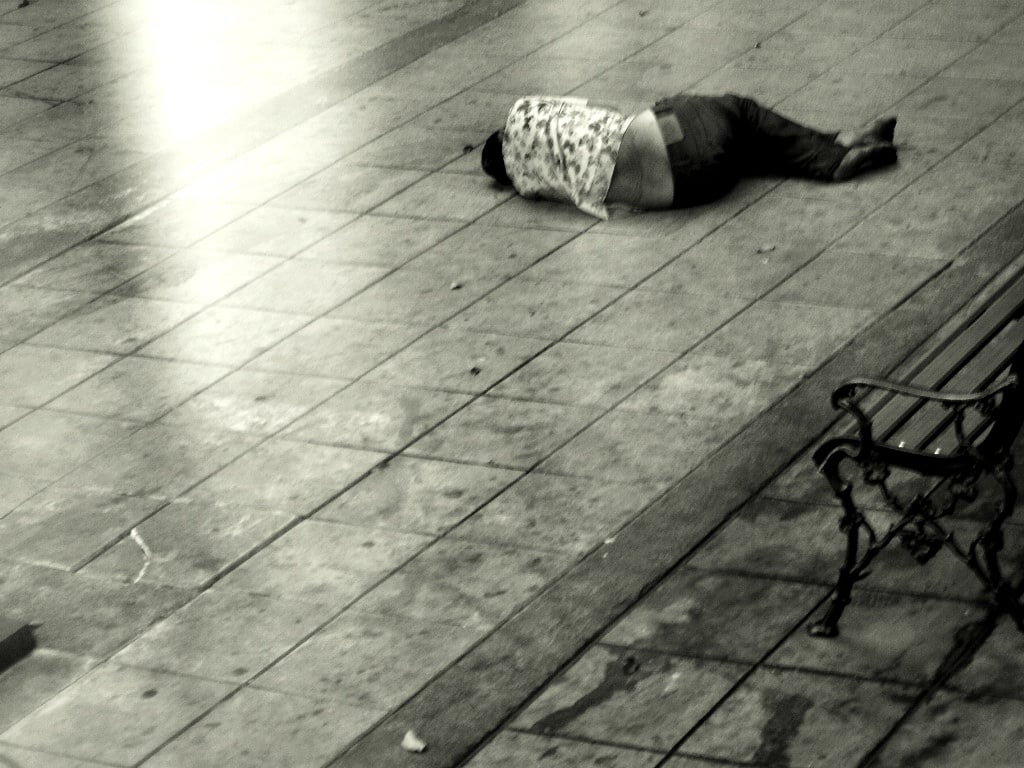 One upon a time there was a princess. As you know, a princess is a daughter of the king. She’s a member of the royal family with position, authority, and a destiny.

But this princess didn’t know it. Or maybe she ignored it, or for some reason, didn’t believe it. I don’t know why exactly, but the truth is that she wasn’t living like she was a princess.

She didn’t live in the palace with her family. Instead, most nights she slept curled up in dark doorways and under bridges. She didn’t wear the fine robes that were hers by right. Instead, she was covered in scraps she found and patched together herself.

Instead of holding her head high, secure in her father’s love and her place in the family, she cowered. She hid in shadows. She avoided being known or seen. She believed that she was the only one she could trust. That sounds empowering, but in the end, it just means that you are terribly alone.

No one knows why she lives this way. Maybe she experienced some trauma years ago that wounded her so profoundly she blocked everything out and can’t remember who she really is. Or maybe shame from some terrible thing she’d done was blinding her, and she just couldn’t believe she was worthy. Or maybe she had just lost her way on some adventure and thinks that she could never be accepted home again.

She is simultaneously a homeless wretch and a beloved princess. She is lost, rejected, alone and at the very same moment, included, longed for and loved.

Her story could go either way. It could be a long, tragic tale of how she never discovers or accepts her real identity, wandering lost and alone her whole life. Or it could be a story of homecoming and healing.

The difference between those two endings depends on just one thing. Will she trust what the king says is true of her?

Are You Seeing What God is Seeing?

A while back I was teaching through the book of Ephesians at Bridge City Community Church. In Ephesians 1:14-19, the Apostle Paul prays for the believers in the town of Ephesus. He prays that they would know the hope of God’s calling, the riches of God’s inheritance, and the vastness of God’s strength.

Paul was praying that the eyes of their hearts would be opened so they could see that these amazing things were already true of them. God had already called them and offered them hope. God had already given them an inexhaustible inheritance. God had already shown up in their lives with incredible power.

Paul’s prayer was that they could begin to see it. This prayer is also for us, and it’s a prayer that you could see yourself as God sees you.

Are You the Blind Servant?

This reminded me of an incredible little story deep in the Old Testament. Elisha was God’s prophet in Israel. It was a bad time. Israel was being invaded by an enemy. The enemy king specifically wanted to silence Elisha, so he sent his army to where the prophet lived.

Elisha’s servant got up in the morning, and when he stepped outside, he saw that their town was entirely surrounded by a massive army. There was no way to escape. He rushed inside in a panic to tell the prophet.

Elisha was calm, like being surrounded by an enemy army was a normal and insignificant thing. I’m sure the servant was confused. “Why isn’t Elisha upset? We’re in deep weeds here. This is going to be a disaster!” But Elisha stayed peaceful and said, “Don’t be afraid, for those who are with us outnumber those who are with them.”

All of a sudden, the servant saw something he hadn’t seen before. Yes, their town was surrounded by angry enemy soldiers, a giant army of them. But those soldiers were surrounded by an even larger army, an army on fire. It was the warriors and the chariots of heaven.

Don’t pray for God to show up with hope and power. Pray that your eyes will be opened to see what God’s already doing around you.

God was bigger than the impossible obstacle. God was stronger than the overwhelming threat. God was present all along, and the servant didn’t even know it. The Apostle Paul’s prayer for us is the same as Elisha’s prayer for his servant. He’s not begging God to show up in our lives with hope and blessing and power. He’s praying that our eyes would be opened so we can see what is already there.

The Root of Your Struggles

That’s why our story is the same as the homeless princess.

We are rugged individualists, most of us. We’ve been raised in a culture that tells us we have the most value when we do something on our own. When we pull ourselves up by our bootstraps, we’re worth something. Most of us are trying hard to make due with what we have. We’re trying to generate our own hope, and never, ever asking for help.

Our value does not come from our accomplishments, religious or otherwise. We don’t have to perform in order to belong.

This is all true of you right now.

You may not feel it. You may not even believe it. You’re like Elisha’s servant, looking out on your life, and you’re about to throw your hands up in despair because it feels impossible.

Like Paul and Elisha, I pray that your eyes can be opened so you can see yourself as God sees you. God is already at work in your life right now.

Marc Alan Schelske writes about life at the intersection of grace and growth at MarcAlanSchelske.com, where this article was originally published (it is reprinted here with permission). He is the teaching elder at Bridge City Community Church in Milwaukie, Oregon where he has served for 18 years. He's the author of Discovering Your Authentic Core Values. Marc is a husband, dad of two, speaker, writer, hobbyist theologian, recovering fundamentalist who drinks tea & rides a motorcycle. You can follow him on Twitter at @Schelske