Editorial: Syrian Refugees - The Hopes and Fears of All the Years 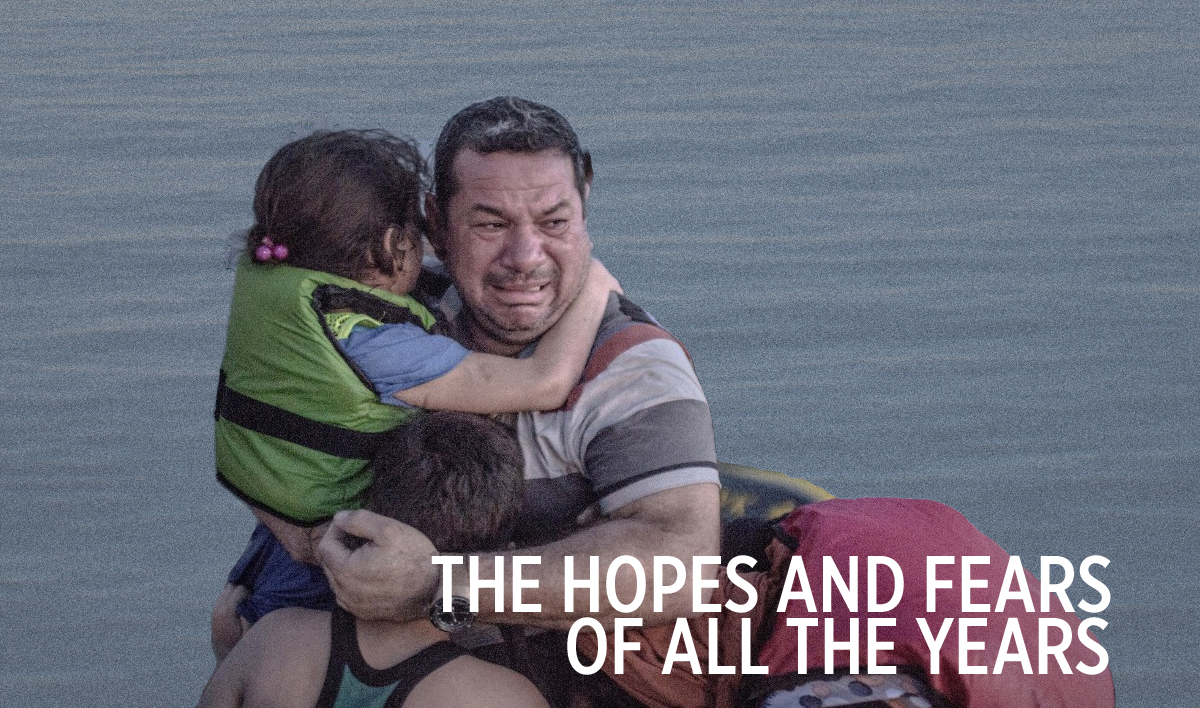 I spent over a minute in a crowded antique store this week staring past a porcelain Santa Claus figurine and a ceramic, eight-piece nativity set—thinking. Frank Sinatra on vinyl can have that effect, I guess. When I happened by, Sinatra was crooning “O Little Town of Bethlehem” through a vintage record player. I stopped and listened...and thought.

That little town of Bethlehem is today a Palestinian city just south of Jerusalem, about 45 miles west-southwest of Amman, Jordan. Jordan’s northeastern arm borders Iraq, Syria and Saudi Arabia. Continuing farther north and east, one encounters the territory claimed by Daesh, or the self-proclaimed Islamic State.

Photos and news footage coming from that part of the world these days bear little resemblance to the idyllic imagery of Frank Sinatra’s Christmas hymn, recorded in 1948 (originally written by Rector Phillips Brooks in 1868).

Republican presidential candidate Ben Carson (the one practicing Adventist to have become a household name in 2015) visited the region recently. Just after Thanksgiving, Carson took what his campaign called a fact-finding trip to a Syrian refugee camp in Jordan, where he met with those displaced by Syria’s ongoing violence.

About a week earlier, speaking to reporters, Carson had used dogs as an analogy for describing Syrian refugees:

“...if there is a rabid dog running around your neighborhood, you’re probably not going to assume something good about that dog, and you’re probably gonna put your children out of the way—doesn’t mean that you hate all dogs by any stretch of the imagination.”

Above thy deep and dreamless sleep
The silent stars go by

Since 2011, more than 4 million Syrians, half of them children, have been forced from their homes by that country’s warfare. Award-winning Swedish photojournalist Magnus Wennman traveled to numerous refugee camps to photograph children whose families are fleeing war. He published a series of photos, given the title “Where the Children Sleep,” that captured the ruptured lives of refugee children.

Pictured above, Ralia, 7, and Rahaf, 13, are from Damascus, but they live on the streets of Beirut, Lebanon. In Damascus, a grenade killed their mother and brother. With their father, they have been without a home for a year. They huddle close together on their cardboard boxes. Rahaf says she is scared of “bad boys,” at which Ralia starts crying.

Anti-Syrian-immigrant sentiment remains high among a certain segment of the U.S. population. More than half of American Governors have attempted to block Syrians from being admitted to their states, and many have vowed to do all in their power to stop the United States from accepting Syrian refugees into the country.

Yet in thy dark streets shineth
The Everlasting Light

According to Pew Research Center data, 51% of Americans approve the U.S. decision to accept more refugees; 45% disapprove. Of white Evangelicals, 31% approve and 65% disapprove.

The irony lies in the fact that the same Christians who are likeliest to have that antique ceramic nativity set in their homes, replete with blond-haired Baby Jesus, are also likeliest to reject the families that most closely resemble the actual First Century Mary, Joseph and Jesus.

A recently-republished 2002 Popular Mechanics cover article reported on the efforts of computer scientists and forensic anthropologists (an emerging field at the time) to recreate what a first century Jewish man would have looked like. From their work, the researchers extrapolated that Jesus would likely have been broad-faced, dark olive-skinned, about 5’1” tall, weighing around 110 pounds. Based on New Testament texts and 1st century art, he would likely have had relatively short, dark hair and dark brown eyes, the team concluded.

The Jesus of history not only bore a physical resemblance to Syrian refugees.

Like those fleeing Syria, Iraq, Afghanistan and other war-torn countries today, Jesus and his family became refugees in a foreign land after escaping government-perpetrated violence, according to Matthew’s Gospel. The same biblical account tells of the generosity of foreign strangers who came to provide out of their comparative wealth.

The Lukan Christmas story indicates that Jesus’ parents would understand the experience of being told to go elsewhere for refuge: “there’s not room for you here.”

In the Johannine narrative, Jesus’ own “received him not.”

The United Nations High Commissioner for Refugees has created a website collecting funding to provide food, education, infrastructure and other care for displaced persons. The Voices section of the UNHCR website shares refugees’ stories.

Abu Mahmood, 48, was a plumber and wholesale shop owner in Dera'a province in southern Syria. In 2012, he and his family fled Syria because of heavy fighting, landing in the Zataari camp in Jordan. Mahmood started selling orange juice in the camp, and then after borrowing money, bought equipment to make and sell pizzas to aid workers and refugees.

“Having borrowed the money to start the business, in October 2013 he opened Mu'ajanat Esalam–or Pizzeria of Peace–on Za'atari's bustling commercial main street, known by residents as the Champs-Élysées,” after the street in Paris. 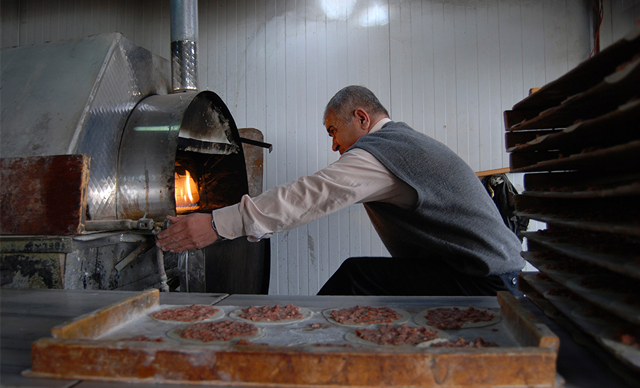 Mahmood dreams of one day returning to Syria and opening a pizza shop there.

The hopes and the fears of all the years of this long conflict are met in the streets of camps like Zataari—hopes for better lives, for peace, for being reunited, for surviving, for returning home; fears of being turned away, of uncertain futures, of the loss of loved ones, of no end in sight.

Mingled with them are the hopes and fears of prospective host nations too, and underlying them all, these questions:

Which impulse will prevail? The hopes or the fears? Which might serve as a better foundation for the future of humankind? Our hopes or our fears? Which sensibility better connects to the Advent story arc that we commemorate during this season? Hope or fear?

The Adventist Development and Relief Agency, in its Position on the Refugee Crisis, appealed “to the local population to treat refugees in their communities as they would like to be treated themselves. The strain of this crisis on everyone is clearly evident, but the world is watching vulnerable families being protested against, abused, and exploited.”

The statement went on:

ADRA stands united for the protection and rights of refugees. We recognize the humanity within this crisis, as well as the value of each individual involved. We are dedicated to lessening the impact of an overwhelming and unbearable situation on as many men, women, and children as we can. We urge you to do everything in your power to protect the rights and enforce the protection of the refugees within your borders.

Three weeks ago, North American Division President Daniel R. Jackson wrote in a Huffington Post Religion editorial, “To close the door to refugees cannot be an option. To "welcome" them by marking them with shame and suspicion is unacceptable. To incite fear based on prejudice is irresponsible. As followers of Jesus Christ, we are compelled to welcome ALL who are seeking refuge.”

Frank Sinatra broke my antique-store reverie with words that stayed with me after I left:

How silently, how silently
The wondrous gift is given!
So God imparts to human hearts
The blessings of His heaven.

No ear may hear His coming,
But in this world of sin,
Where meek souls will receive him still,
The dear Christ enters in.