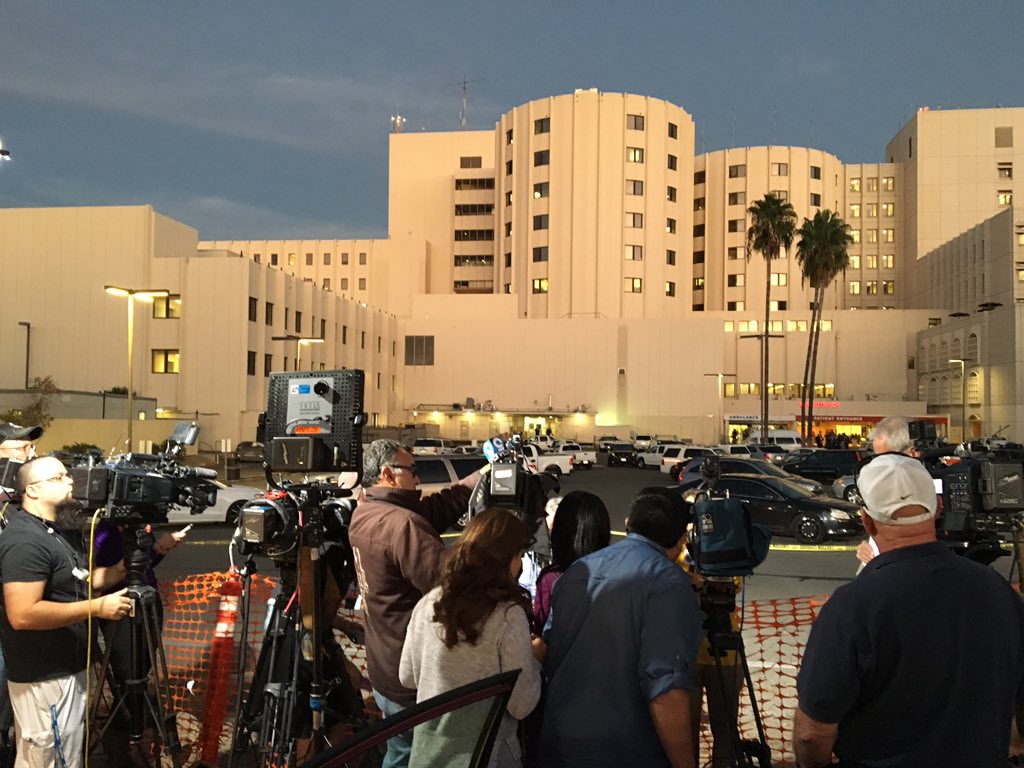 LOMA LINDA - Loma Linda University Medical Center (LLUMC) found itself at the center of a mass shooting story that garnered national news attention Wednesday. We reported live from the Medical Center as the story unfolded.

At approximately 11:00am, 911 calls began to come through from a mass-shooting incident at the Inland Regional Center, a facility that provides services to individuals with mental disabilities. We now know that two suspects have been killed in the massacre that resulted in multiple injuries and at least 14 fatalities. The incident took place during a Christmas party in the facility.

Loma Linda University Medical Center, the only Level 1 trauma center in the Inland Empire, played a central role in the aftermath of the event, which occured less than three miles away.

At approximately 12:20pm, I spoke with my father Kenneth Wright, who is a professor of anatomy at Loma Linda University. He told me by phone that the student health office and the center for health promotion, where he was having a tuberculosis test read at the time, was briefly locked down by campus security as a precautionary measure. The Social Work department at Loma Linda University was also temporarily placed on lockdown.

After hearing initial news reports, I traveled to Loma Linda and joined local, national and international media outside the Loma Linda University Medical Center Emergency Room, where reporters awaited victims from the Inland Regional Center shooting and updates on the story. Meanwhile a standoff between local and federal law enforcement and the suspects unfolded nearby.

At 3:10pm, along with the other assembled media, I saw several law enforement officials run to vehicles in the LLUMC ER parking lot with weapons drawn. Moments later, officers from the San Bernardino County Sherriff's Department, who had also been on hand at in front of the emergency room, also ran to vehicles with guns drawn. They raced north from the hospital in unmarked police vehicles. Within five minutes, media members near me began commenting on an officer-involved shootout with suspects. Several news helicopters hovered high above, providing a live broadcast of the shootout with suspects in a black SUV, which had driven from nearby Redlands, California. Two suspects, a man and a woman, were killed in the shootout. Another suspect fled the scene. That individual was later detained near to the location of the officer-involved shooting.

During the afternoon, a red medical helicopter flew overhead, landing on the roof of the medical center. It was unclear whether the landing was related to the shooting or not. 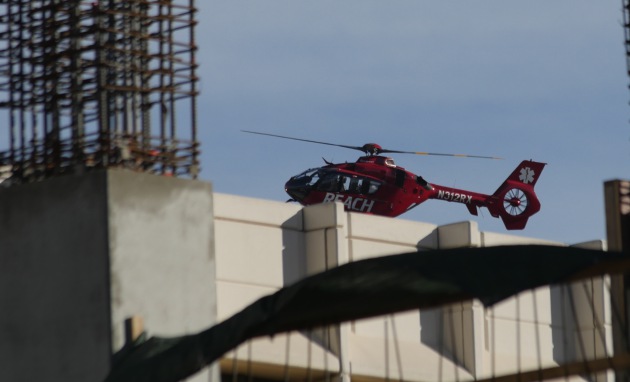 At approximately 3:32pm, an ambulance with lights and siren engaged sped up to the entrance of the LLUMC emergency room. The ambulance passed through a police barricade and parked in front of the emergency room. A medical crew was on hand and immediately unloaded the ambulance. Medical personnel held up large sheet-like covers to prevent media from seeing and identifying the individual being unloaded from the ambulance. We later learned that the occupant of the ambulance was likely an officer injured in the shoot-out with suspects, though officials for the hospital refused to confirm that an officer was among the patients treated at Loma Linda. We were able to confirm that one officer was injured, and the time of the ambulance's arrival fit within the timeline of events.

An AMR ambulance approaches the LLUMC ER, likely with a shooting victim inside. A law enforcement blockade in front of the LLUMC emergency room entrance. 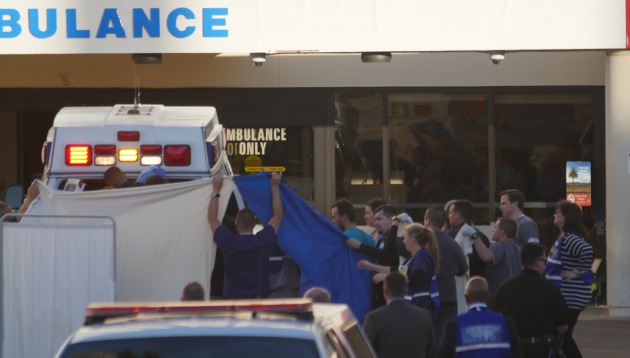 Medical personnel held up large pieces of cloth to shield a victim being transported from an ambulance. 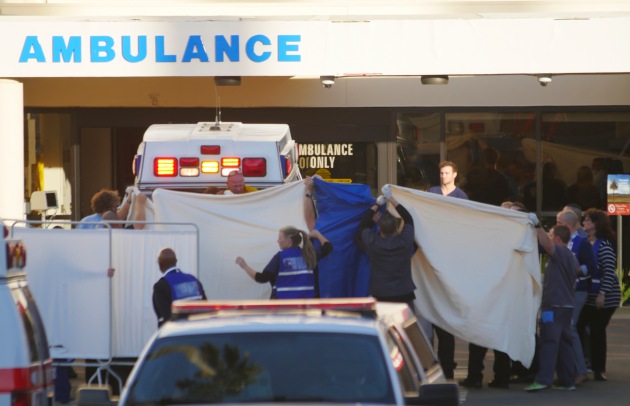 Hospital personnel worked to prevent victims from being seen and identified by gathered media.

Pastorino told media that five adult victims were treated at LLUMC--two in critical but stable condition, two in fair condition, and one more still being assessed. Pastorino said she could not provide any identifying information about their gender or ethnicity, and she would not say whether one of the victims was a police officer. "We're all shaken by this," Pastorino said. "We're treating people that didn't need to get hurt today," she said. As I compose this report, police are seaching a residence in Redlands, California--less than a mile from where I now sit (and just over five miles from LLUMC)--where the suspects were presumed to have been before the shootout. A massive police presence remains in that Redlands neighborhood.

The mood remains tense in Southland communities near Loma Linda University, as the incident continues to unfold, and details continue to emerge. We will continue to follow this story as it unfolds.