Jeremiah versus Judah: The Nature of the Conflict

Jeremiah versus Judah: The Nature of the Conflict 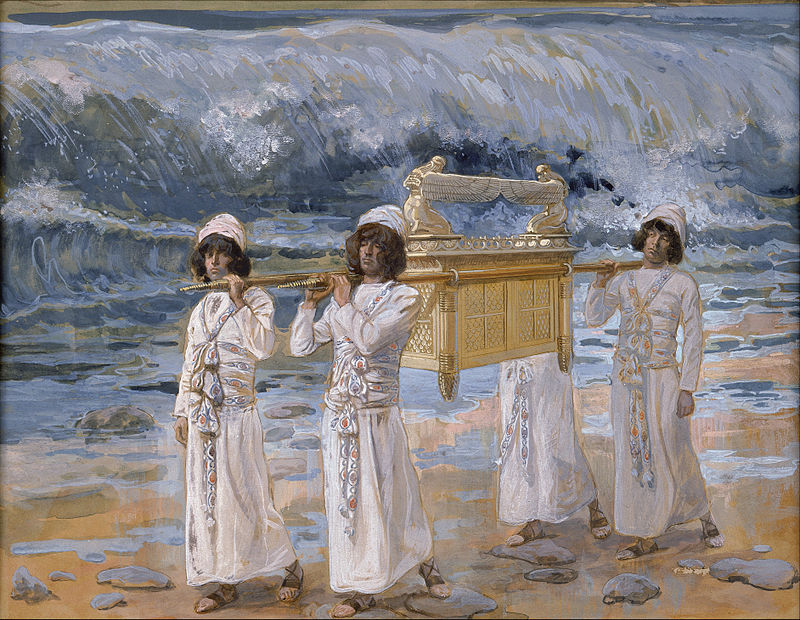 When we, in western culture, read the Old Testament, we often view it through a lens that is distinctly Greek in origin, not Hebraic. Thanks to Plato and his western descendants, we have tended to think of reality in static (what is fixed and unmoving) and spatial (place) terms whereas the Hebrews viewed reality as dynamic (action) and temporal (time). In later developments, because of Philo and others, Judaism came to embrace Hellenistic ideas and concepts, but the Hebraic roots of the dynamic and temporal, remained embedded in the vision of Yahweh worship. Perhaps the greatest monument to Hebraic thinking in the Hebrew Bible is the seventh-day Sabbath. Canonically, before Yahweh required a sanctuary (place), He established the Sabbath (time).[1] And the Sabbath remained long after the Babylonians destroyed Solomon’s temple. Another aspect of the dynamic relates to the Ark of the Covenant standing in the temple—the deity’s throne without the customary statue or image of Israel’s God. In its place stood a token of the divine presence, unformed by human hands—the Shekinah. This divine column of cloud/fire stood, not in the passive, fixed sense, but actively and dynamically, as God dwelled among His people. Throughout the Hebrew Bible, God made His character known through His actions. It was He who initiated most of the major contacts between Himself and His people—the covenants with Noah and Abraham, the call of Moses to lead Israel out of Egypt, the Sinai covenant, and the oracles through His prophetic messengers.

Perhaps no other identifying feature of Israel’s God so typifies this dynamic deity as His name, Yahweh. In actuality, Yahweh is a substitute for God’s real name that is translated into English as, “I am who I am.” Built on the Hebrew verb “to be,” this name is not static, but both dynamic and temporal. Indeed, the Hebrew verb “to be” itself carries these aspects. “To be” is not the same as the static Platonic being; rather, it implies existence, eternality, and becoming, and involves living, effecting something, and performing actions. The focus of being in this Old Testament context is personal—who that person is as exemplified in action in terms of his or her inherent value—that is, moral character. Nowhere is this more exemplified than in God’s self-revelation to Moses on Mount Sinai: “And Yahweh passed over his [Moses’] face and Yahweh called: ‘Yahweh, Yahweh, a compassionate and gracious god, forbearing long, lavishly kind, and trustworthy, one who preserves kindness for the thousandth generation, who forgives iniquity, rebellion, and sin, but who will never exonerate the guilty, but who will visit the iniquity of the parents upon the children and upon their children unto the third and the fourth generations.”[2] Clearly, Yahweh’s name here denotes His morally active character, living essence, and dynamic being. As such, Yahweh does not live in static remoteness, inaccessible to human beings. The dynamic nature of this deity means that He always acts with regard to the other.

While the beginnings of thinking in static and spatial terms has rightly been ascribed to the Greeks, I find traces of it in earlier civilizations, especially later Mesopotamia. In terms of worship, the Babylonians seem tied to place more than to time. The formation of images to represent deity, understood to act as their doubles, suggests a combination of dynamic and static thinking.[3] Dynamic, because the statue was deemed capable of acting on earth in the same way the deity acted in heaven. Static, because deities were confined to set places, temples, and could not move about on their own. Their worshipers had to provide the dwelling places, the bodies they inhabited, and the clothing they wore. They gave them food to eat, spoke incantations to soothe them, and took them on excursions.[4] In addition, while the Mesopotamians generally viewed their gods as dynamically active, their actions toward them had to be obtained through the means just stated. Essentially, the gods created human beings as their slaves and expected them to provide for them all their needs to keep them present. No Mesopotamian deity ever “chose a people” or gave them instructions. Instead they wrote their “will” in the entrails of sheep and in other natural phenomena that only specialists could decipher. While the Mesopotamians believed that the “signs” or omens could allow them to negotiate with the gods through prayer and sacrifice, essentially the signs came to be seen as verdicts, handed down by the gods either in reward for good behavior or as punishment for wrongdoing.[5]

Essentially, then, while the Yahweh of Israel dynamically acted on behalf of His people and initiated and carried out His covenantal promises, it was the Mesopotamian worshipers who had to act dynamically on behalf of their gods who often seemed remote,[6] and their ways incapable of understanding, viewing wrongdoing differently than their slaves,[7] and desiring no relationship with them.[8] When acting with regard to other gods, within the natural world, or in the arena of war, Mesopotamian gods bear dynamic characteristics.[9] But when relating to the Babylonians, the gods exhibit both dynamic and static elements. Though it seems, from the literature available from West Semitic cultures around Israel, that these people viewed their gods more dynamically than their Babylonian counterparts,[10] the high regard for temples and images suggest that the static remained present as well.

Israel never remained far from the same kind of development. To the extent that Yahweh came to be seen as like an earthly king, He grew increasingly like Baal, a West Semitic deity who, like the Babylonian Marduk, combined dynamic and static qualities. The divided kingdoms not only reduced Yahweh worship to a formal attempt to get Him to accede to their demands; they created idols that further introduced the static into their religions. We can see this same blend of the dynamic and static in the conflict between Jeremiah and the false prophets and the hierarchy (the priests, the princes, and the last kings of Judah). The very institution of kingship, contrary to the prophetic voice, had increasingly brought authority in as dictation rather than authority involving negotiation, conciliation processes, and dynamic interrelationships. Top-down control involves static governance with minimal discussion; where discussion is allowed, dynamic relationships can take place. Essentially, just as Yahweh came to be seen as like Baal (an ancient symbol of power), so Judah’s king, princess, and priests attempted to silence any voice of dissent, including Jeremiah’s.

Jeremiah attempted to bring the people back to a fully dynamic relationship with Yahweh, one built on a new covenant of divine promises. He clearly stated that this covenant was not like the formal Sinai covenant, one that had become overcast with the more static structure of ancient Near Eastern treaties. With Yahweh—not the people—fulfilling the covenantal promises, He would take Judah back to the relationship of marriage in which Judah would know the Lord. Yahweh would build this level of intimacy on His trustworthiness that initiates reciprocal trust. What Yahweh wanted was a dynamic relationship, not a formal, static one.

But the hierarchy rejected Jeremiah’s messages for the belief that Yahweh would never allow Nebuchadnezzar to come into His city because His temple was there. When they chanted, “This is the temple of the Lord,”[11] Jeremiah pointed out that the place did not guarantee a static position before Yahweh while they oppressed and murdered others, destroying any possibility of dynamic relationships.[12] He further stated that, initially, when they had come out of Egypt, God did not order them to offer sacrifices, but wanted them to listen to His voice so that He could have a relationship with them as their God.[13] Ultimately, Jeremiah stated, once Yahweh had established the dynamic relationship of trust with His people, they would forget all about the static icon of the temple, the Ark of the Covenant.[14]

When human beings turn away from the dynamic, living God—He who is who He is—to worship something they create in His place, they invariably seek power over others, including the deity, whose image they have made. Idolatry is the creating of one’s double and calling it a god in order to have control over the divine. Such a god becomes a static replica of its maker. When a person, such as a prophet, speaks out against the idol created, the fierce tenacity to protect the idol leads to measures that destroy the messenger and spiritually ruin the idol’s worshipers. Just as the people created the static idol in the first place, so now they objectify—create a static image of—the messenger so that they can oppress him. The cruel treatment of Jeremiah stands as testimony to the fact that when a prophet takes on the static “sacred cows” of the people, violence may well result. It happened to Jeremiah. It happened to Jesus.

[1] A close reading of 2 Samuel 7:4-7 suggests Yahweh’s reluctance to have a king build Him a temple. Kings built temples to establish their position with divinity. Such temples, therefore, became part of the ancient milieu of power and dominance. See Victor (Avigdor) Hurowitz, I Have Built You an Exalted House: Temple Building in the Bible in Light of Mesopotamian and North-West Semitic Writings (JSOTSS 225; Sheffield: Sheffield Academic, 1992), 313.

[2] Exodus 34:6-7, my translation. Several words deserve discussion: 1) The fourth attribute, translated “kind,” lacks a full English equivalent. In my perception, it refers to going beyond what is legally or conventionally required to exercise undue loyalty, faithfulness, steadfast love, or kindness. This word is so situational that the context has to determine its precise nuance. 2) The word translated as “visit” (pāqad) has an administrative sense to it. If it means to “punish” as lexicographers maintain, then this text (as well as Exodus 20:5) contradicts Deuteronomy 24:16, which explicitly forbids putting a child to death for the parents’ sin or vice versa, as well as this principle expanded to include any punishment in Ezekiel 18. Though perhaps theological development is involved, it isn’t necessary to suppose that Exodus 34:7 refers to vicarious punishment. Rather, Yahweh allows for the intrinsic consequences of sin from generation to generation (something that medical science provides parallel illustrations of), but limits it to the third or fourth generations.

[9] Bohman, Hebrew Thought, 58-59. See any number of myths such as Enuma Elish. One deity, Enki/Ea is known for his dynamic relationship with human beings (see, e.g., Atrahasis).