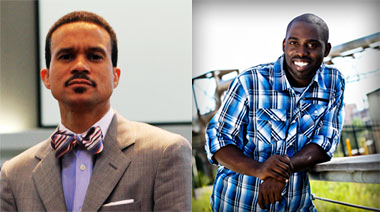 On September 27, 2015, the Southern Union’s President’s Council voted to approve the appeal of two local pastors, Pastor Furman Fordham II and Pastor Kymone Hinds, who are protesting the discriminatory practices of the Seventh-day Adventist Church against female clergy. The appeal requests that their status as ordained pastors would be waived in favor of taking on the classification of commissioned ministers (a classification traditionally reserved for female clergy). Pastor Hinds of the Overton Park SDA Church in Memphis, TN, explains, “When I look at the statement our church has made, saying that women are fit to be trained, women are fit to preach, and women are fit to pastor, but women are unfit to receive the same opportunities as their male counterparts, it is clear to see that we have an inequality issue.”

This type of protest is not the first of its kind. Over the past ninety days, multiple pastors throughout the western hemisphere have opted to take on the classification of commissioned ministers in order to bring more attention to the decades-old “glass ceiling” that has been placed over female, Adventist clergy. In his official letter to the South Central Executive Committee, Pastor Fordham of the Riverside Nashville Church in Nashville, TN, argues, “This request is based primarily upon my personal conviction that we have ‘arbitrarily determined’—without any biblical basis—that certain functions can only be performed by, and certain offices can only be held by, ordained ministers; and since by policy we do not ordain women, they are prohibited from performing these functions and from serving in these offices.”

Protests like these have grown in popularity since the delegates of the 60th General Conference Session “turned down a motion that would have allowed each division of the Seventh-day Adventist Church to decide for itself whether [or not] to ordain women to the gospel ministry.”1 Although the July 8, 2015 vote attempted to end the debate on women’s ordination, local pastors are discovering creative ways to stand in solidarity with female clergy as women continue to fight for equal standing within the denomination. Pastor Hinds comments, “God was showing me something that wasn’t right, and here is something I can do to express my solidarity with my sisters in ministry.” Pastor Fordham’s official letter echoes these sentiments:

According to our church policy there are only four differences between ordained (male) ministers and commissioned (female) ministers. The differences are that only the ordained can: 1) serve as president of a conference or union; 2) participate in the ordination of local elders, deacons and deaconesses; 3) participate in the portion of [the ordination ceremony] where the ordained pastors lay hands on the ordinand(s); and 4) organize churches. . . This means that by policy we currently allow women (commissioned ministers) to serve as senior pastors of our churches, presidents of our [educational] institutions, and even as general vice-presidents of our world church, but we deny them the opportunity to serve as conference and union presidents because we have “arbitrarily determined” that these offices can only be held by the ordained and we don't ordain women. In my humble opinion, that is institutional discrimination.”

Both pastors are hoping that this bold step leads to other bold steps being made in support of combating discrimination against women within the denomination. Pastor Hinds entreats, “Adventism is a movement that follows God’s leading and speaks for truth . . . so, if we are not going to make our sisters equal with us, I want to stand with them where they are. We challenge others to take their own bold and courageous step towards gaining equality for our sisters in ministry.”

Michael Polite is a blogger and freelance writer. He is also the Lead Pastor of the New Life Fellowship and Associate Chaplain of Andrews University. You can read more of his articles on www.30withbraces.com.