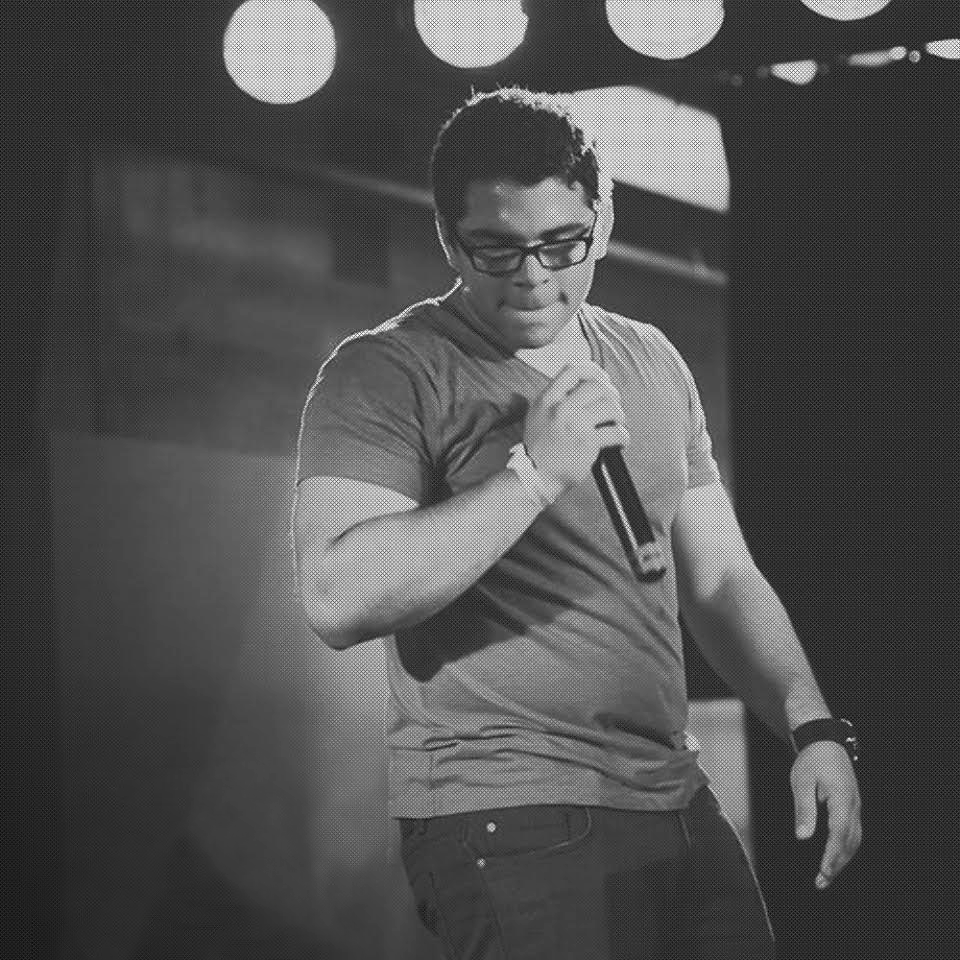 24-year-old hip-hop musician Akande Jarumi did not have a typical, North American Adventist upbringing.  Because he grew up in a military family, his family was relocated often for work. He spent several years of his childhood living abroad in military community in Germany, where Jarumi did not have an opportunity to study at Adventist schools, attend Bible conferences, or participate in Adventist camp meetings. In fact, he had very little interaction with Adventists outside of his family until his family moved to Arizona when he was 15-years-old.

I corresponded with Jarumi about his Adventist upbringing, and how his struggles with substance abuse and violence led him to a recommitment to his Adventist faith.

Even though he had “grown up Adventist,” Jarumi did not give religion very much thought.

“I always acknowledge that there was a Creator, but I never really considered Him to be an integral part of my life,” Jarumi told me. “I had assumed that being Adventist had secured my salvation, as crazy as that sounds.”

Upon his return to the United States, Jarumi began attending a public high school. He started to experiment with rap music and tried to emulate the lifestyle that often associated with that genre of music. He began to get into fights at school, to hang around some known gang members, and to use drugs. Jarumi actively sought out the “baddest/coolest kids” in his classes.

After getting involved in a particularly nasty fight that left him with a black eye and gashed eyebrow, Jarumi’s parents realized it was time for a change. They sent him to Texas to attend Valley Grande Adventist Academy for his junior year of high school. At first, the move to VGAA was a positive one.

“Everyone, for the most part, believed like I did,” said Jarumi. “[They were] raised like I [was], and understood the struggles and cultural battles that I had faced. It was refreshing.”

But soon Jarumi fell back into his old ways. He began selling drugs out of the boys’ dormitory and got into another fight. He threatened to beat up a girl over a quarrel about drug use. Eventually, Jarumi was called into the principal’s office and expelled.

In the wake of his expulsion, Jarumi’s parents decided to send him to Thunderbird Adventist Academy in Arizona. Jarumi was resistant to forming friendships at Thunrderbird, but as his senior year progressed, he started making a few positive changes.

He worked as a dormitory resident assistant and served as senior class president. He continued to party from time to time, and to smoke marijuana, he says, but with less frequency.

Near the end of the school year Jarumi had a turning point. David Solomon Sr. came to Thunderbird to speak for week of prayer and his words had a profound impact on Jarumi.

“I remember his speech moved me in a way that I hadn't felt before,” Jarumi says. “I felt like God was talking to me and I knew what I had to do. I finally surrendered my life to Christ fully for the first time and was baptized.”

Despite Jarumi’s recommitment to Christ, it was not a perfect journey after his baptism. He continued to struggle with substance abuse as he pursued an artistic venture as a rapper.

“It was mid-2011 where God spoke to me and pulled back the layers of denial, selfishness and failure that was my current state of mind. [There was a] moment [when] I was reading Steps to Christ and took all of the paraphernalia related to the music I was doing and threw it in the trash. I deleted every social media account and erased every shred of that life. It was radical and people around me didn't understand it but it was definitely [what I] needed.”

That moment proved pivotal for Jarumi. He transitioned from making music for himself to making music overtly focused on religious themes. He transitioned artistically from rap to hip-hop, and worked Seventh-day Adventist beliefs into his lyrics--the state of the dead, a literal six-day creation, and the Holy Trinity, to name a few.

In "I'm Gone," Jarumi sings about Adventism's understanding of death:

“Under the belief that I'll get enough sleep when I die
My faith is in Christ, I'll only sleep until I rise.”

In “Trinity” he sings about Christ’s sacrifice:

“No longer I bear the character of a sinful man
Cleansed by the blood of the Lamb
On my forehead written the words of His truth
Excuse the excuses, I can not be content with foolish thoughts
I acknowledge the King, and at a high price my soul was bought
Rather abundant grace was brought to my door and dropped off
Free of charge ...”

Since his emergence as an Adventist hip-hop artist in 2011, Jarumi has been featured on websites like UndergroundHipHop and Rapzilla. He has had more than 175 thousand plays of his music and over 15 thousand downloads. His music is available for free online at www.davisabsolute.com.

“I always attempt to make sure the core of what I'm doing is rooted in Christ and experiences that I've personally had with Him,” says Jarumi. “My walk with Christ is hugely important and I want to make sure that it's shown through [the music] I put out.”

Jarumi performs his music live a couple of times a month in various music venues and for several Christian denominations. He is currently working on recording his first EP. When he’s not singing, Jarumi works for Young Adult Life, a young adult ministry that operates within the North American Division. He also works at Advent Analog, where he helps small Christian companies develop their brand identity.

Rachel Logan is a writing intern for SpectrumMagazine.org.