The Actual Significance of the San Antonio Ordination Vote 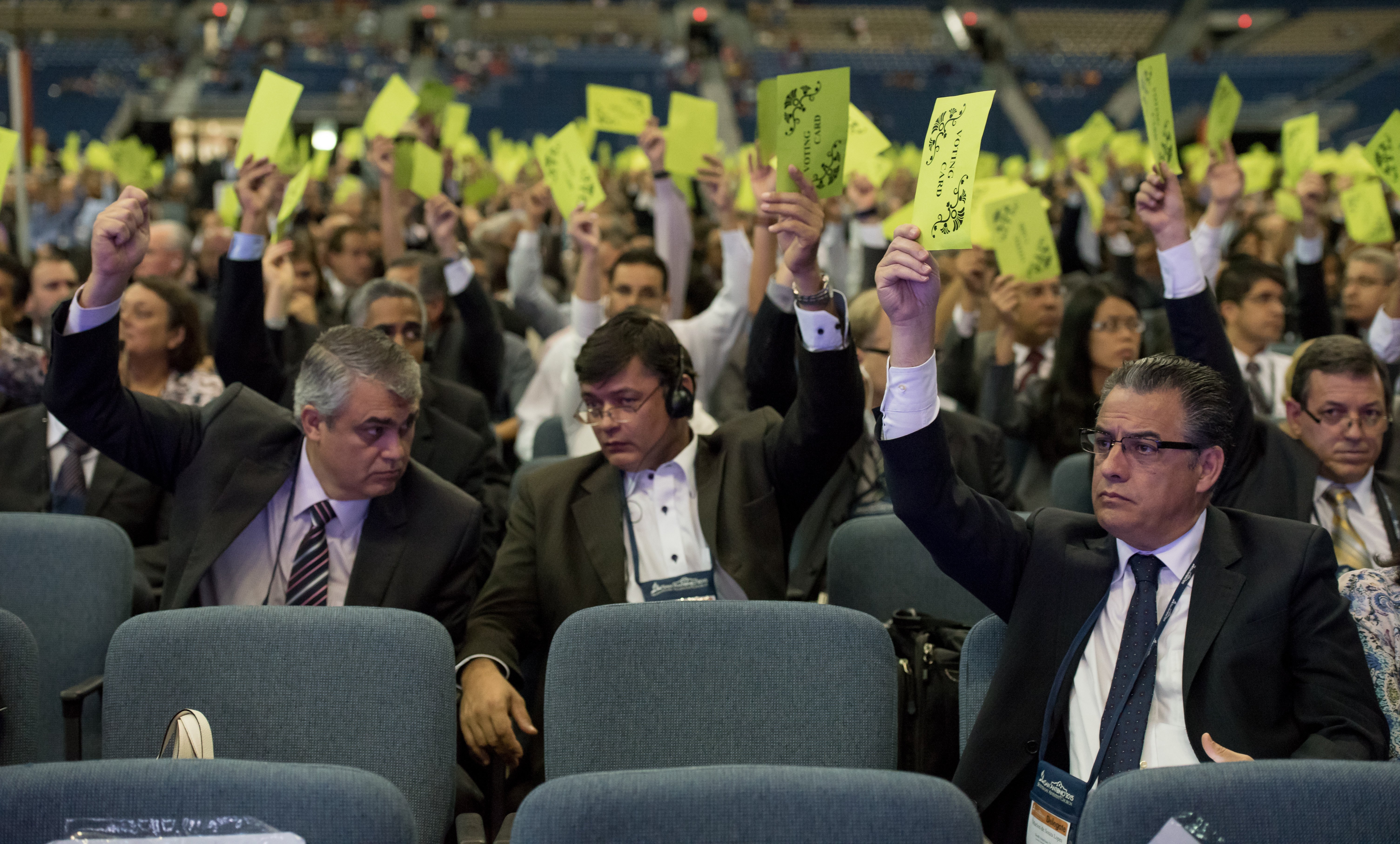 On Wednesday, General Conference Session delegates in San Antonio, Texas will vote on what has been the most talked about (and perhaps least understood) issue in the Seventh-day Adventist Church in this quinquennium--ordination. For all of the discussion of the issue, many misperceptions of its significance persists.

Currently, women in the Adventist Church not only can and do serve as ministers, but they are also recognized by the General Conference of Seventh-day Adventists with ministerial credentials, as reflected in the Seventh-day Adventist Yearbook, the official record of denominational employees, produced by the General Conference Office of Archives, Statistics and Research. The question of whether or not women may serve as ministers is not up for a vote.

The misunderstandings about what will happen on Wednesday are pervasive, and have shaped both media coverage and many Adventists' perceptions of the issue. So what will actually be decided? What will not?

Members of the 2014 Annual Council of the General Conference Executive Committee voted to ask delegates at the 2015 GC Session to vote on whether or not it is "acceptable for division executive committees, as they may deem it appropriate in their territories, to make provision for the ordination of women to gospel ministry" (full text of the question here).

WHERE DOES AUTHORITY TO ORDAIN RESIDE?
Pacific Union Conference Communication Director Gerry Chudleigh (who passed away on Saturday, July 5, after a long battle with cancer) has pointed out that at the 1901 General Conference Session, with input from Ellen White, autonomous unions were created,

“[transferring] authority from the General Conference leaders to local leaders, and  departments were created that transferred authority over such ministries as Sabbath school, health, temperance, religious liberty, publishing, mission appointments and education from independent stockholders to church leaders, including members, at all levels.
[...]
The unions, on the other hand, were created to act as firewalls between the GC and the conferences, making “dictation” impossible because:
Each union had its own constitution and bylaws and was to be governed by its own constituency.
The officers of each union were to be elected by their own union constituency, and, therefore, could not be controlled, replaced or disciplined by the GC.

Chudleigh's careful analysis reveals that the authority to approve ordinations rests squarely on the shoulders of the church's unions (See: “Who Runs the Church?”). This point means that whatever happens Wednesday, the vote will have a more symbolic than functional significance.

IF DELEGATES VOTE YES
If the General Conference delegates vote YES on the question, delegates will have signalled their agreement that divisions should, if appropriate in their territories, make provision for the ordination of women. Nothing more, nothing less.

WHAT THE VOTE WILL NOT DETERMINE
The vote will not determine whether or not women may serve as ministers. Nowhere in the question is any language to indicate that women may or may not serve as pastors, chaplains, or any other ministerial positions that may require denominationally-issued ministerial credentials. The Seventh-day Adventist Church has already decided in the affirmative, as noted above, that women may serve as credentialed ministers. Neither will the vote have any implications for ordained women elders or deacons within the Adventist denomination.

Because of the narrow parameters of the question posed to delegates, the vote cannot determine whether or not women may be ordained within the Seventh-day Adventist Church (this may be the biggest, most persistent misconception). There is no language in the question to suggest that women may be ordained or that they may not. A NO vote is not a repudiation or a prohibition of women’s ordination, and a YES vote does not require the ordaining of women.

Over the opening days of this General Conference Session, it has become clear that there is a sharp division among delegates over the issue of ordination, and although the discussion of ordination has not yet come up for discussion, several delegates have referenced Wednesday's vote, with discussion at times becoming acrominious.  It seems unlikely that the church will reach consensus on this issue, and the vote scheduled for Wednesday will make little practical difference, whatever the outcome.

Jared Wright is Managing Editor of SpectrumMagazine.org and a member of the General Conference reporting team in San Antonio, Texas.