A Summary of Sabbath’s Sermon 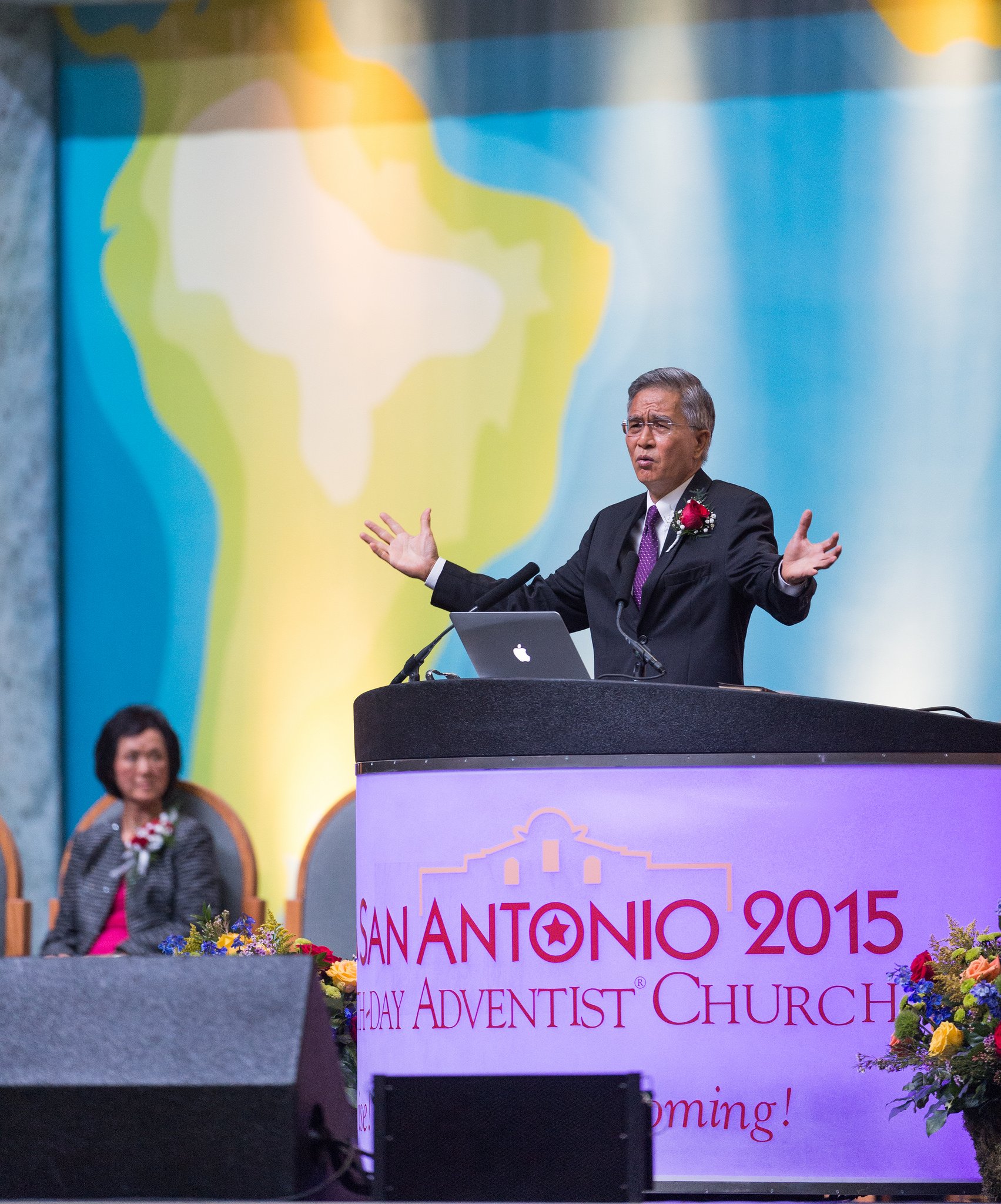 G.T. Ng, who will return to his post as General Conference Secretary, began his Sabbath morning sermon, “From Despair to Mission,” with the lighthearted humor that has become his trademark. To loud laughter, he told a story that involved the question “Who Are You?” and turned on a botched use, by a non-English speaker, of the phrase “Me, too.” Then he asked worshippers whether, if asked that same question, they would really know who they are.

Turning the phrase into a refrain, he told the story of Adventist beginnings and of its growth around the world. “Yes, we must prophesy again!” he declared between sentences, saying finally that we “must do so until Jesus comes.”

We too easily forget, he said, that we are “God’s peculiar treasure,” a people “united in the spirit and the counsel of the Lord of hosts,” “watchmen and flag-carriers for the Three Angels’ Messages.” Nothing should “distract” us from this reality. While Nehemiah was finishing the Jerusalem wall, he had to consider a distracting invitation from unsympathetic neighbors. He replied: “I am doing a great work, so that I cannot come down” (Nehemiah 6:3).

If the Adventist pioneers knew despair to begin, they came to know an evangelistic mission that we share today. To underscore that mission’s urgency, he echoed a perspective familiar to older Adventists in the U.S. and perhaps also to younger ones from newer centers of Adventist life. The present time, he said, is “an extraordinary time.” And as for quinquennial General Conference sessions, “there is not going to be another one….We are living,” he declared, “in a world that is doomed for destruction.”

A vocal soloist then sang “Here I am Lord…I have heard you call me in the night…I will go, Lord, if you need me.” Ng then appealed to the congregation for greater commitment to evangelistic mission—by prayer, by financial support, by offerings of time and talent. Then, turning heavenward, he gave thanks to God “for telling us who we are, a special people for a special time.”