Head of Headship Warns "Crisis Ahead" 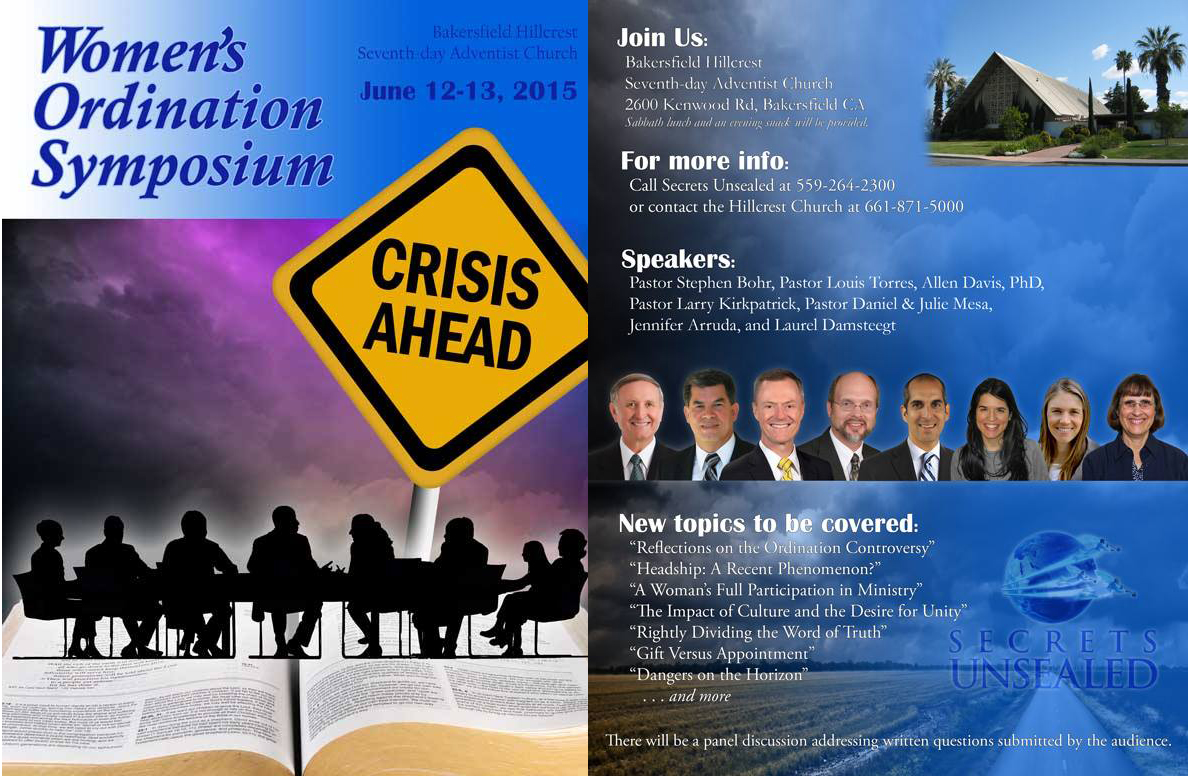 "Crisis Ahead!" says a new, inadvertently punny poster for a symposium on male headship planned for this summer.

Pastor Stephen Bohr's Secrets Unsealed, an independent ministry known for its alarming imagery and ominous-sounding, end-times focused events, has planned its second headship symposium for June 12-13, just weeks before the Seventh-day Adventist World Church convenes in San Antonio, Texas for its quinquennial General Conference Session. The scary language Secrets Unsealed uses is not merely fear-mongering rhetoric employed cynically to frighten people into opposing women's ordination (or the New World Order, depending on the event). The speakers Pastor Bohr has assembled to promote male headship really believe proponents of women's ordination are in league with the devil. At least some of them do.

In a similar male-headship symposium held in October 2014, presenter Laurel Damsteegt made the case that the feminist movement has satanic origins. Damsteegt is scheduled to speak again in the June symposium.

Bohr, who served on the General Conference Theology of Ordination Study Committee, has positioned himself as the head of the headship movement in Adventism. Using his Secrets Unsealed platform to reach the denomination's rank and file, Bohr has released a flurry of videos and statements warning of disastrous consequences for the Adventist Church if General Conference delegates vote in San Antonio to allow women ministers to be ordained in regions of the World Church prepared to do so. Bohr and his colleagues argue that God appointed men to be the heads of households and of the church, and allowing women to be ordained as ministers usurps God's established order.

The June symposium will feature eight speakers over two days before a live audience at the Bakersfield Hillcrest Seventh-day Adventist Church in Central California, and an online audience via the Secrets Unsealed website.

"Reflections on the Ordination Controversy"
"Headship: A Recent Phenomenon?"
"A Woman's Full Participation in Ministry"
"The Impact of Culture and the Desire for Unity"
"Rightly Dividing the Word of Truth"
"Gift Vs. Appointment"
"Dangers on the Horizon"

In addition to keynote presentations, the event will feature a panel discussion in which panelists discuss written questions from audience members.