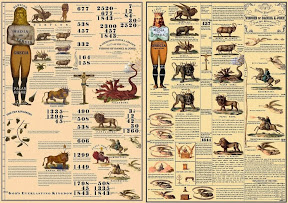 The recent, newly formatted issue of the Adventist Review[1] focuses on the question “Am I an Adventist?” Bill Knott’s editorial rightly notes that asking this can be uncomfortable, writing: “The question, with its open-endedness and call for self-examination, seems, well, un-Adventist.” That insight resonates with me because I have seen that reaction before – notably when someone raised questions about whether a belief we have always assumed was true perhaps ought to be reconsidered. When not everything about the traditional Adventist world-view story seems to hold together as well as we once thought.

There is threat in revisiting assumptions. Fear of a slippery slope away from familiar, supposedly solid ground. Fear of fragmentation – in mission, message, and the familiar, comfortable rationale, perhaps unquestioned for years. But now, for some, everything seems to be questioned. From meaning:  like doctrine or mission, to mechanisms: what happens in a church service or what forms of outreach are promoted.

Two Review sidebar authors, Carlton Byrd and Chris Holland, understandably focused on the two distinct but interlocking parts to the official church name: Seventh-day and Adventist. Dating from October, 1860, the pioneers felt these two features of the faith were so central as to warrant completely comprising the denominational name, and thus presumably, our fundamental core identity. But what was not emphasized in the cluster of Review articles was the eschatology legacy interwoven in these two doctrinal pillars of Adventism. The “Am I an Adventist?” question used to also mandate an extensive understanding and acceptance of a detailed eschatological landscape.

The Seventh-day portion was not just about rest and seventhness. Included was the end-time doctrine of the Mark of the Beast, with Sabbath being the precise, determining factor separating God’s people from Babylon. Likewise, the word Adventist carried much more detail than just Jesus’ return. SDA evangelism expounded the pre-eschaton in great detail, including the Close of Probation, Time of Trouble and (now arguably) the necessity of a sinless last-generation allowing Jesus to return.

These parts of heretofore Adventist identity are, not so curiously, largely absent in the Review’s treatment of the question. Why?

I don’t think there is one clear or simple answer. But a significant component, I will assert, is whether the eschatological vision and expectations of our pioneers is holding up over time. And asking this question is likely even more uncomfortable for some church members to address. It’s been almost 171 years since that October 1844 disappointment. Jesus has not returned. There is no time of trouble for Adventists on the immediate horizon. No one is singling out SDAs and implementing a death decree for Sabbath observance.

One expected and understandable response to these doctrinally inconvenient present realities is to quote a verse like: “"For you yourselves know full well that the day of the Lord will come just like a thief in the night. While they are saying, "Peace and safety!" then destruction will come upon them suddenly like labor pains upon a woman with child, and they will not escape." (1 Thessalonians 5:2-3 NIV). But the focus of this text is to provide a response to critics. Skeptical and derisive critics who are ridiculing the faithful. To apply it to a neutral and (I say) agenda-less question about whether the pioneers’ vision needs revisiting – is simply a defensive move to terminate legitimate questions. Not to mention an evangelistic impediment as it elevates the original Adventist vision to inerrancy. No review required or allowed. And no prospective convert would accept such a prerequisite.

Regarding the Second Coming, many reasons have been proposed for the delay so far yet retaining  the belief that Jesus’ coming is still “nigh, even at the doors” (Mk 13:29 KJV). But once the shackles of demanding adherence to historical orthodoxy through social intimidation are removed, some of the arguments seem questionable, and the data employed, cherry-picked. Adventists have always been watchers of “The Signs of the Times”. Typical pew-level apologetics in my life-experience-hearing include pointing to crime, world tragedies (such as the Holocaust, Gulag, World Wars), rise of evolution and atheism, etc. Also frequently mentioned is technological advancement – thus presumably fulfilling Daniel 12:4 – “seal the book, even to the time of the end: many shall run to and fro, and knowledge shall be increased”. Where the “run to and fro” part might reference air travel or even electronic communication and the internet.

But if one wishes to make a case for worsening world conditions as the slam-dunk precursor to the Second Coming, it is necessary to ignore considerable other data, such as world GDP growth over the past century.[2] Depending on the metrics used a strong argument can be made that the world as a whole is getting better and better. But this is inconvenient when a desired hypothesis is searching for verification. Thus church members can easily lose objectivity in the face of ambiguous and complex external realities when there is risk to one’s heretofore unchallenged world-view.

Likewise for the eschatological component of the Sabbath doctrine. Adventists have historically taught that Catholics and Protestants will unite, with Sunday-sacredness being a focal point of unity. Then, when Adventists become too vocal and annoying, increasingly severe measures will be enacted by civil authorities (Sunday Law, initiating the “Time of Trouble”), culminating in a death decree. It’s difficult for me to see how anyone, in the near term, can find data to support such a hypothesis, except by severe cherry-picking. If you wish to push out the scenario by multiple decades, perhaps something will change. But, according to traditional Adventist interpretation, that would also necessarily push out the Second Coming as the Sunday Law must precede it.

Those who believe current evidence indicates this scenario is just around the corner ought to first consider the primacy of World Judaism. Adventists are almost invisible on the world stage. But Judaism and the State of Israel are, and have been, increasingly central in world politics since 1948. Any law affecting Sabbath observance would have major political ramifications toward Jews. I frankly am not creative enough to even conceive of some near-term scenario involving Sabbath/Sunday/secular law – without seeing the Arab-Israeli conflict (with the massive political problem of US support of Israel) totally taking anything like the Adventist Sunday Law scenario completely off the table for a long time. Such world politics could not have been conceived of by the pioneers.

I have only scratched the surface of problems and push-backs to historically-accepted Adventist eschatology.  And, believe it or not, my intent is not to engage in a subverted attack on the church. It is to propose that, after the amount of time that has passed since our initial understanding solidified, we can no longer pretend that everything we’ve inherited still computes or is “just around the corner”. Perhaps the standard evangelistic approach – with unmodified eschatology – will still have traction in parts of the world. But far less so, I contend, in the so-called “developed” economies. One can deny these assertions. But a healthier approach, I suggest, is neither facile and blanket acceptance or denial. It would be to wrestle with the problem – openly and honestly.

The “elephant in the room” for Adventist identity – and thus the angst – is the disquieting concern that we don’t have everything figured out like we comfortingly like to tell ourselves. And, for some members, that is a quite unwelcome message. One that church leaders don’t want a “shoot the messenger” response to, especially since they would be the ones getting shot. So there is largely administrative and academic silence. There aren’t a lot of career alternatives for someone with many years inside the Adventist employment universe. Thus it is difficult to push the envelope, even when it would be healthy in the long run to do so.