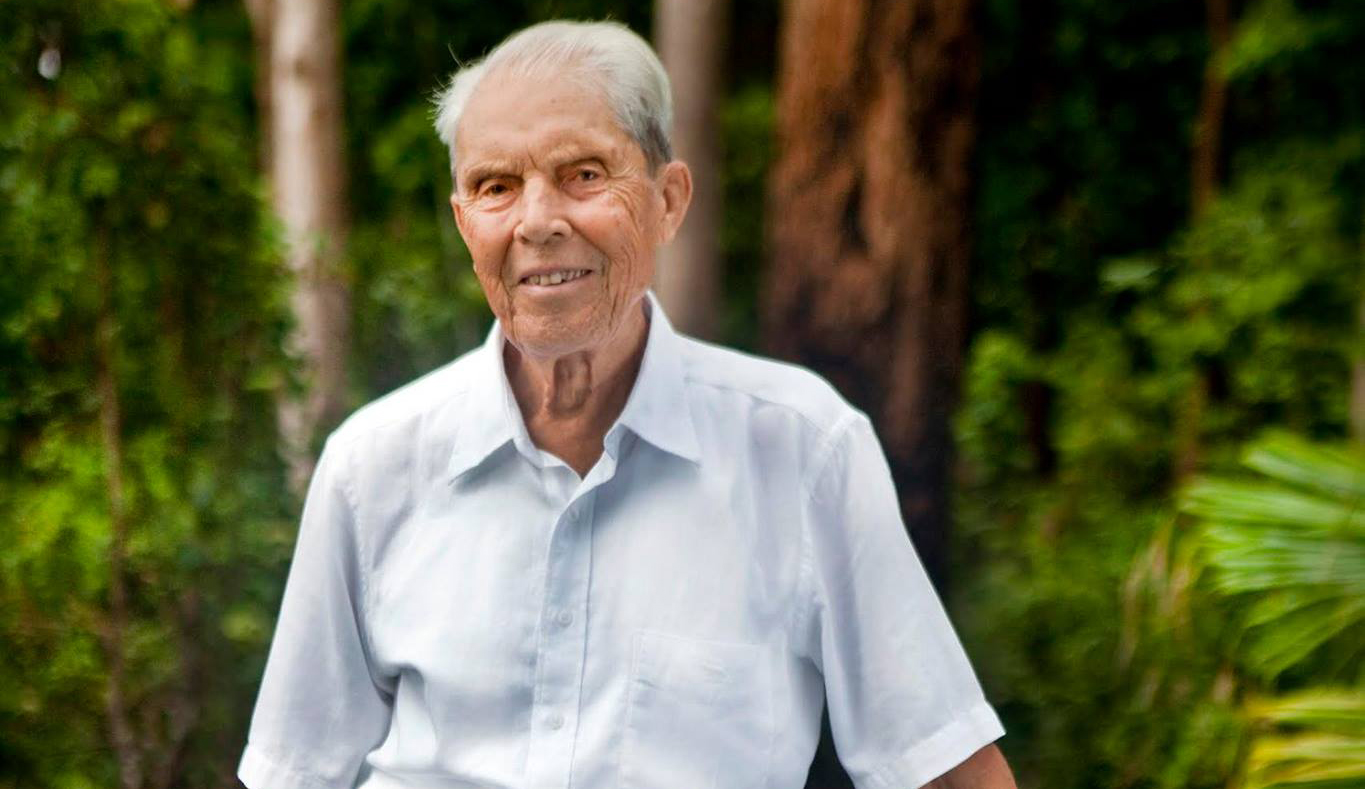 At the end of five days of discussion, and further correspondence between Ford and his boss, the president of the Australasian Division, K. S. Parmenter, Ford was compelled to turn in his ministerial credentials in the Adventist church.

The Glacier View conference has been a touchstone in Adventist politics and theology for the last 35 years.

Ford, 86, now lives back in his native Australia with his wife Gill, near the sea where he swims often. He has written numerous books on a variety of subjects and is a sought-after speaker.

Question: What do you see as the most important work you have accomplished in your life so far?

Ellen G. White was right when she said: “We need not remain a single moment longer unsaved” and that we can come to Christ just as we are, not attempting to make our peace with God but accepting Christ as our peace. (See Selected Messages Vol 1, 350-400)

At the Palmdale Conference [1976] — after much disputing — the above was recognized to be correct and, the report in the Review said so. But after Palmdale this glorious truth was hidden again and rarely heard now. Adventism can never do a great work for the world until it presents the New Testament gospel in its purity. Then the physical rest of the Sabbath will be recognized as the outward sign of the rest of heart and mind we have who believe in the finished work of Christ on the Cross.

How tragic that we have neglected that gospel presented by Luther, Wesley, Spurgeon and a hundred others who changed the world.

Question: You have written 25 books since Glacier View — four in the last year. Do you still feel you have a lot to say?

Answer: My writing is usually the result of an impulse that I believe comes from God. And probably He will condescend to guide me into more writing. My main themes have been the gospel of the New Testament, the Christian life of holiness, stewardship of health and means, the prophecies of Daniel and Revelation seen through a Christocentric prism. It is likely if God prolongs my days that I will write more on these themes.

Question: You have said that Genesis vs Darwinism is the most important of those books, and that every Adventist leader needs to read it. Why?

Answer: My recent book Genesis versus Darwinism is important because it is an attempt to warn the church that its present interpretations of Genesis (a world only 6,000 to 10,000 years old, the Flood as the source of the geologic column) cuts off the ears of intelligent people and makes their conversion to Adventism impossible. This book demonstrates the inspiration of Genesis and sets forth its permeation by the gospel throughout, but also gives the evidence against Darwinian views.

Question: How would you describe what happened at the 1980 Glacier View conference to a young person today? What are the most important things to understand about what happened there?

Answer: Glacier View will never be repeated. The church has learned some things since the 1980s. No longer do Seventh-day Adventists who read and study use Ellen G. White as an infallible Bible. That day is over. Rather we rejoice to use her as a pastor raised up of God to teach us how to be more like Jesus. She was neither a theologian nor a historian but the Spirit of God condescended to place valuable spiritual emphases in her mind and these remain of value to the church, provided we remember her words that “only God is infallible.”

I would tell young people that Glacier View was an attempt to support the traditional view of Ellen G. White as infallible in all her pronouncements including those on the investigative judgment. She claimed to have had 2,000 visions but never one on the investigative judgment. Her usual pronouncements on that topic were based on the very fallible writings of Uriah Smith and company. When she spoke against A. F. Ballenger it was possible that her son had kept from her Ballenger's letter on the sanctuary and given his mother his (Willie's) opinion. Willie regularly kept from his mother in her last years anything that would upset her.

Most of the Bible scholars at Glacier View accepted the essence of my views. Most of them refused to teach the investigative judgment. Andrews had not taught it for decades. Raymond Cottrell’s reports in Spectrum were very accurate. He told me it was obvious that most of the administrators present had not read my manuscript. Cottrell had given up the investigative judgment decades before and we had discussed it with complete agreement at the end of the 1950s.

The most important result of Glacier View was the evidence in the years that followed that our Bible scholars had not and do not believe in the investigative judgment. One Andrews professor said the teaching was like that about the man in the moon

Question: Do you regret anything that happened at the Glacier View conference?

Answer: My main regret about Glacier View is that I did not ask the assembled group (when I briefly had the floor) how many had read the manuscript I had written. There is overwhelming evidence that most had not read it.  One prominent administrator said he did not need to read it because he knew it was wrong. Oh, that all of us were gifted with such infallibility!  Gill and I enjoyed the courtesy of all present at that gathering.  We felt we were with good friends.

Question: Has your understanding of the investigative judgement changed since 1980, or do you hold the same beliefs you set out in the 991-page paper you prepared before the conference?

Answer: My views on the investigative judgment remain the same and I rejoice that leading figures at Glacier View have not preached on the topic since 1980.

Question: You became an Adventist when you were 15. What drew you to accept the message of the Adventist church?

Answer: I was converted to Christ and the church by the Book The Great Controversy. Despite its errors in theology and history I regard it still as a spiritual classic. Ellen White’s pages on Luther and Wesley (though borrowed) are superb and I believe her last chapters contain valuable guidance for the world's last crisis.

Question: How do you feel your relationship with the Adventist church has evolved over the years? How would you define that relationship now?

Answer: I thank God for his providence in leading me to Adventism. I cherish the memory of hundreds of great Christians with whom I have fellowshipped in that communion. But for the the counsels of Ellen G. White’s on health I would have been dead years ago — as it is, my health for someone who is 86 is excellent.

I am very much an Adventist but not a traditional one. It is my strong belief that the leaders of the church have much to learn and much to unlearn.

Question: You have taught and mentored many students and ministers over the years, particularly in your time teaching theology at Avondale College and Pacific Union College. What do you feel is the main thing you taught those students?

Answer: I think most of my students will remember my emphasis on righteousness (justification) by faith and  the many suggestions made regarding preserving their health.

Answer: As a ragamuffin from North Queensland whom the Lord taught the gospel and perhaps used to impart it.

Read an article about the investigative judgment written by Des Ford for his organization Good News Unlimited here.