How the Humble Ampersand Became A Powerful Symbol for Women's Ordination 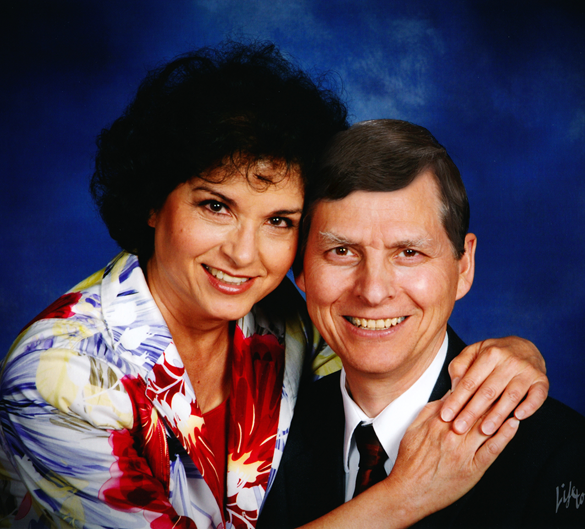 The ampersand is a syntactic oddity. It looks like the loopy love child of a plus sign and a treble clef, and it befuddles scores of young students learning to write grammatical symbols. Then there's the name: "ampersand," the offspring of "and" and "per se."

Despite all its quirks, the ampersand has become a powerful icon, both figuratively and literally, for a group of Seventh-day Adventists who support ordination for men and women. This is the story.

Among the troves of Adventist interest groups on Facebook is a group called "I Support the Ordination of Women in Adventism." Virginia Davidson of Kennewick, Washington is a member of the group, primarily, she says, to learn. In an email exchange, Davidson told me that the group serves as a valuable resource with links to scholarly papers and studies, and it provides opportunities to listen in on discussions—and get involved occasionally.

"I want to be a gracious and able advocate of the ordination of women," Davidson said. "Interaction with others of like mind will help me toward that end."

After participating in discussions with many of the group's 4,000+ members, it was in a moment of daydreaming that the idea for the ampersand symbol took hold. 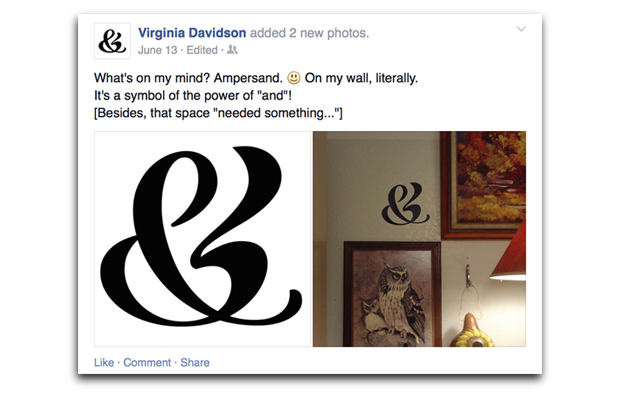 Davidson describes it this way:

One afternoon this past fall, as I sat at the computer, I realized I had been mindlessly staring at an ampersand symbol when the idea landed into my mind—whole, as a gift from heaven—that it could be an apt symbol for the equality of gifting we had been talking about on Facebook.  There had been occasional mention of the idea: Wouldn’t it be cool if we could develop a pin or something we could wear, that would show our support for the ordination of women!

Since I’ve also worked in graphic design, I collect fonts…including one I bought that consisted only of gorgeous artistic ampersands.  When the ampersand idea came to me as a symbol of men & women working together in ministry, instantly I visualized my favorite ampersand from the collection by Haafe & Haph.  On presenting its potential to the Facebook group, the positive response was immediate.

Group members began substituting the ampersand image for their profile pictures as a declaration of support for women ministers. Davidson created several versions of the image, some in color, and others in black and white. 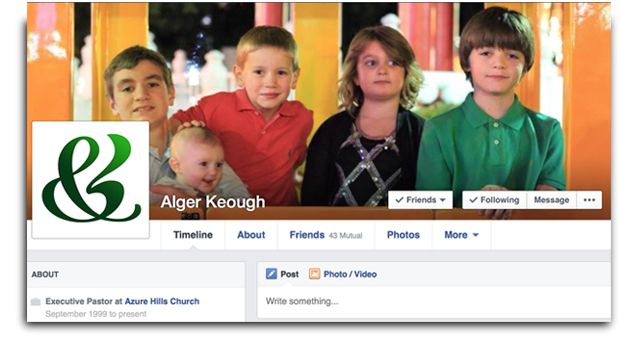 The logo spread virally on Facebook, and some group members created their own versions of the image. Meanwhile, Davidson started work on a physical version of the logo—a gold or silver lapel pin supporters could wear. The ampersand logo also made appearances on reusable tote bags (pictured below). Davidson wanted to create a wearable symbol of the group's goal of ordaining women alongside their male counterparts, but that proved easier said than done.

"The creation of a pin from the typography has taken some time, and having never crafted jewelry before, I didn’t always know what next to do," Davidson said.  With research, discussion and experimentation, the project came to fruition in the form of one thousand pins that just arrived, and are already being shipped out.  "I’m pleased!" said Davidson.

Participation in the Facebook ordination group has some personal significance for Virginia Davidson. It grows out of a sense of calling to participate in ministry through creative means.

I believe in women's ordination—though in some respect I don’t have a pony in this parade. Yes, I do preach whenever I get half an opportunity, and I write as I find time and the inspiration drives me, but I don’t have the education to become a pastor. And I’m not sure administration is one of my gifts. But more than anything, I want to 'say of God what is right,' as Job did. And offering this ampersand symbol as a representation of what God originally designed for humanity could easily fit into my overall mission.

Davidson talks about her mission the way that those who feel called to ministry talk. One upshot of her calling has been using art to further the cause of women's ordination. The pins are an important part of that. "When I see how God uses them to help along the process of ordaining women to His service in Adventism, I’ll be jubilant!"

She has listed the ampersand pins on a newly-launched website, DavidsonOriginals.com, that began with a sewing business many years ago.

My husband and I decided early in our marriage that I would be a stay at home mom—a career homemaker.  As the children became more independent and didn’t require as much of my attention, I began to take in custom sewing and alterations. Being persnickety about quality, I figured if I could sew for myself, I could sew for anyone. I called my little business “Davidson Originals.”

Eventually, long story short, custom sewing went by the wayside and the business morphed into Custom Stained Glass. That has its own story that encompasses a dream that must have come from God—a series of providences that resulted in my first commissions, many very specific answers to prayer, and connections with  just the right people to keep me as busy with glass as I wanted to be.  I was glad to be able to develop the business from home, so I could still be there for my children whenever they needed me.

Through the years, I always relied on word of mouth and business cards—and occasionally going 'cold turkey' to see builders of custom homes—to build the business.  As the internet became more and more important, I knew I’d need a website when I finally finish the volunteer project I’ve been working on.  “The Vine” is still not done, but the Ampersand Project necessitated that the website be built now so the lapel pins could be made available. The ampersand pins are attractive as works of art, but for Davidson, they are not merely artisanship, not merely fashion accessories. She has packed her small pins with substantial meaning.  Her husband Jim is a scientist. She says he first suggested the intriguing power of "and" in a conversation about water molecules.

"We might not think, when we drink a glass of water, that the atoms that comprise water, the hydrogen and oxygen, separate from each other, are gasses, and explosive in each other’s company if not bonded," Davidson says. She adds that water's properties cannot be explored except as the molecules are joined by covalent bonds—the same strong shared-pair bonds that make up most of human bodies. She suggests countless other examples of the power of "and," even, perhaps especially within the Trinity.  And ministry is no exception.

Those interested in buying ampersand pins may do so here. They cost $7.50 USD plus shipping and handling and are available for shipping to customers in the United States, Canada, and Australia, as of publication.