Behind Adventism’s Quest to Finish the Work 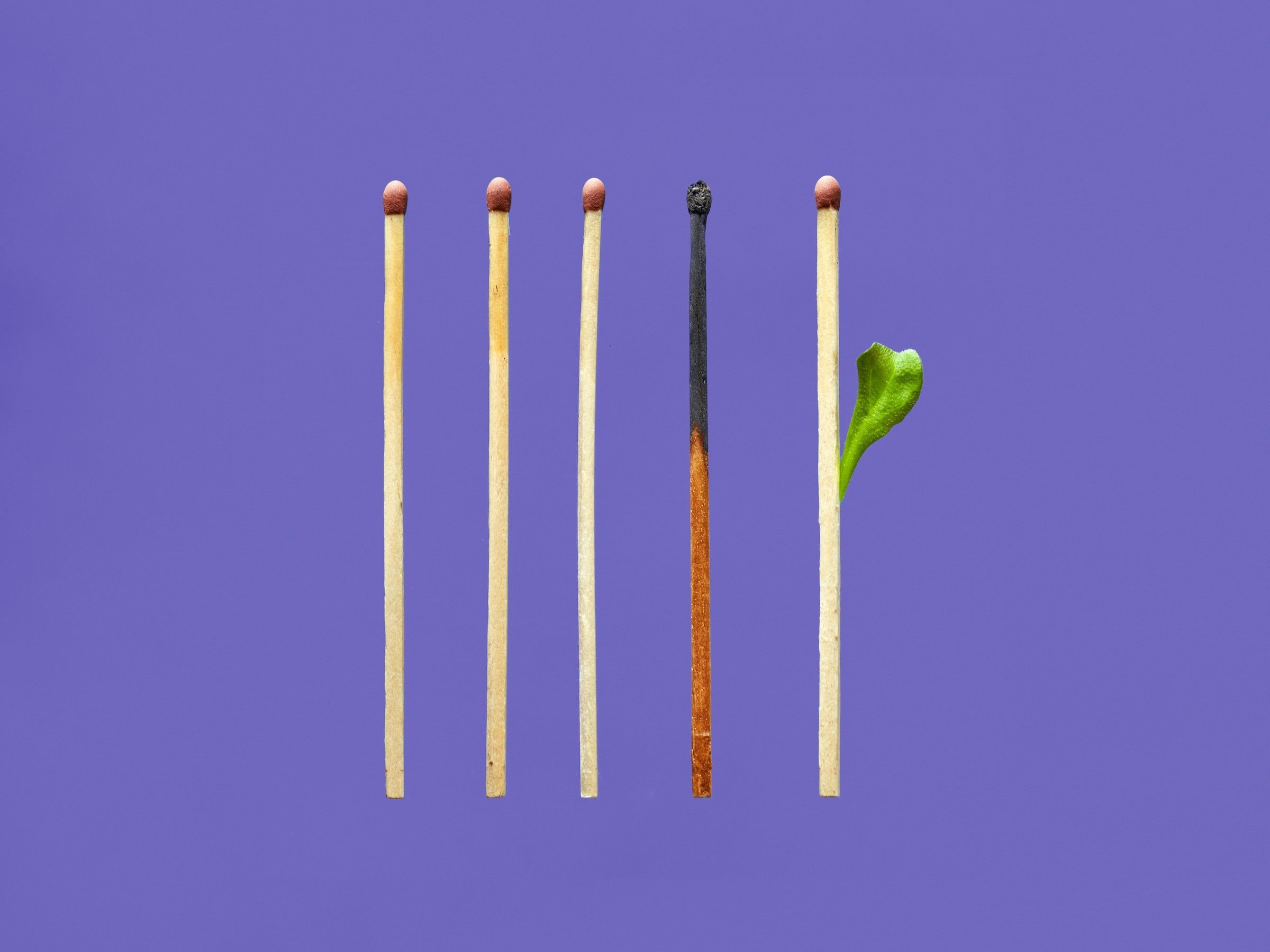 Adventism, in its ambition to finish the work, now faces an existential crisis. Looked at closely, it’s a self-inflicted crisis of relevance that makes this ambitious goal more elusive. For many in the church who are over the age of 25, the world into which we were born no longer exists, which presents the danger of being out of touch, operating under outdated assumptions, developing products that no one consumes, speaking a language that no one understands, and answering questions that no one is asking. To put this into perspective, statistics from the General Conference Office of Archives, Statistics, and Research presented at the 2022 GC Session revealed that while church accessions have generally “flourished,” averaging more than a million per year, the church also faced significant losses. For example, from 2017–2021, a total of 5.9 million people joined the Adventist Church while 3.6 million people left the church during the same period. This means at least 6 out of every 10 new members are leaving the church, and this number could be higher if more membership audits are implemented around the world. With an average growth rate of about 1.84% between 2017–2021 compared to 2.75% between 2012–2016, the Adventist Church finds itself with the stark reality of missional paralysis. While over the years, calls for more efforts on discipleship, nurture, reclaiming, and pastoral care have been repeated, our current attrition rate remains worryingly high.

A Tyranny of Homogeneity

In recent years, the Adventist Church has seen a surge in GC-driven mission initiatives and slogans, which include Total Mission Involvement, the Great Controversy Project 2.0, Reach the World, Mission to the Cities, I Will Go, among others. While these initiatives confirm the church’s commitment to mission, they continue to be characterized by a strong doctrinal focus, emphasis on apocalyptic themes, and use of traditional methods such as the distribution of books and pamphlets culminating in an evangelistic campaign. Because these are externally driven initiatives, local church initiatives have been stifled. Mission activities in the local church are defined and driven centrally, which has inevitably stifled local church initiatives. The General Conference has inevitably encroached into the running of the local church, while unions and conferences have been reduced to mere conduits for the GC agenda. There is, therefore, little incentive to be creative or promote local adaptation, as most of these initiatives come with mandatory reference materials, prescribed themes, and content. Clearly, there are differences in the context in which Adventism is operating globally. Homogeneous approaches and messaging will not work. How we appropriate religious texts and apply them to our contexts may vary, but the underlying message of God’s love for all mankind is what binds us together. Our penchant for doing the same thing, saying the same thing, and acting in the same way should cease to matter.

A Dearth of Creativity

With the death of creativity, local churches are disempowered to serve their communities in authentic ways. No wonder a typical Sabbath in many places is congested with departments contending for space to promote their agenda for the purpose of reporting to some higher office. This has reduced local church leaders to mere coordinators of an imposed agenda who provide little attention to nurturing and discipling. It is the congestion of GC-imposed initiatives that results in our churches spending more time trying to appear Adventist than serving their communities. We have churches that are globally aligned but locally irrelevant and disconnected. This critique is not to take away some of the good GC-led initiatives, but balance is needed. If we can agree that church is local, at a time when we are contending with membership losses and limited success in mission, then more space is needed for the local church to engage with its neighborhood. Let broad themes and priorities be shared and churches given the flexibility to adapt to the needs of their communities. As it appears, a heavy emphasis on General Conference initiatives such as I Will Go leads to an “I Will Go-zation” of everything. Churches spend more time talking about “I Will Go” than doing the going.

Post-COVID-19, we have a world that is not excited for free literature dumped on their doorsteps and is too busy to attend our meetings. People increasingly find it repulsive to be invited to places where they are not valued, where the tone is more condescending than genuinely engaging. Even our community service actions, such as prison and hospital visits, feeding programs, or material support to vulnerable individuals, need to be more genuine. To use kindness or acts of mercy as a tool to convince people of their sin or to accept some doctrine is disingenuous. This militates against any efforts to genuinely connect with people, who eventually see themselves as projects rather than human beings.  This is a plea for local churches to own the agenda, liberate themselves from the tyranny of homogeneity, and creatively impact people around them.

The Adventist Church has over time put in place quite a robust system to cater to the needs of socially marginalized groups such as children, youth, and women. However, at the crux of the issue are processes and attitudes that perpetuate the exclusion of women and young people in decision-making. For example, the 2022 General Conference Session recorded less than 1% of the delegates being young people below 30. This is scandalous for a church that was started by relatively young people in the 19th century. The inclusion of young people in the life of the church is urgent. Efforts are needed to support young people to self-organize and get support from the church to run mission projects. Incentives should be made available for young people to be better equipped to reach out to their peers. Nothing stops conferences and unions from setting aside budgets for privately initiated mission activities by and for young people. They need to be equipped to creatively brighten their corners, with the church supporting them as much as possible. But to confine them to wearing colorful uniforms on certain days, drills, and memorizing things to recite before adults is not mission.

The current approach where young people are used as mere tools for protecting and projecting Adventist identity is not sustainable, especially at a time when many are searching for meaning and authenticity. This is not about having more programs for them; in fact, they are overprogrammed. What Adventism needs to do is explore ways in which this age group can be co-creators of Adventist mission. Our young people are a resource. They have hands, hearts, and brains that can be engaged in “finishing the work.” The challenge at hand is deliberately dismantling the whole edifice that excludes them. It is high time young people rebel against the notion that they are the church of the future and embrace being the church of today. As aptly put in a Nigerian proverb, “When the elderly ones in a house travel, the younger ones quickly grow in experience.”

A Sure Word of Prophecy

The tragedy of traditional Adventist evangelism is not its focus on prophecy or end-time events but how it explores these themes without social consciousness. Instead, prophecy is narrowed to focus on religiocentric concerns and accentuating our corporate ego. Because we have made our identity override the main message of apocalyptic texts, we have inevitably diluted the protest inherent in the visions. We seem to have forgotten that Seventh-day Adventist pioneers fought against oppression through their faith and actions during an era when only a tiny minority of Americans protested against racism. By incorporating anti-slavery arguments into the Three Angels’ Messages, Seventh-day Adventists made the protest against systemic racism an important part of their fundamental beliefs and challenged their spiritual descendants to carry on this faith.[1]

As  Marcos Torres puts it, our challenge is to pursue a new way of preaching prophecy—one that “declares unequivocally that prophecy is protest and that you cannot be a part of this movement or God's kingdom if you are unwilling to abandon the way of empire and its constructs of oppression.” He continues:

Let's preach the Sabbath in a way that protests commodification, the exploitation of the earth, the mistreatment of the migrant, and xenophobia of all kinds—for the Sabbath is the great equalizer of man and nature, exposing the insanity of racism and the likes.

And let's preach the fall of Babylon as the eternal collapse of all systems, institutions, religions, nations, and social constructs that undergird the ecological, capital, and commercial crimes that have disenfranchised innocent communities for too long.

However, for us today, prophecy has been contaminated with fatalism, escapism, and conspiracy. It should be noted that Adventist evangelism isn't irrelevant because it highlights the prophetic narrative but because it “explores these themes without social consciousness,” Torres writes. We have “lost this vision of prophetic protest and settled for a kind of prophetic proclamation that attracts pew-warmers, conspiracy theorists, and arm-chair Christians instead of revolutionaries who long to walk as Jesus walked—in resistance of the way of empire.” This is why many increasingly find Adventism dissatisfying and detached, as it merely promises a world to come without challenging the present evils.

Efforts to address the high member losses through increased attention on discipleship and nurturing are indeed commendable. However, these are often sporadic and tarnished by the toxic environment found in some of our churches. This is characterized by a superficial community holding each other to standards everyone is struggling with, an overdose of repetitive presentations answering questions no one is asking, a veneration of pulpit celebrities that excludes everyone else from participating, a loud faction that portrays themselves as more faithful and more loving of the church than everyone else, a congestion of programs with no meaningful connection, and a church that is more concerned about defending its identity than caring for its members. Instead of building a reputation on how people are loved in and through their failures, many churches value behavior over belonging.

We need to move away from being more obsessed with the wrath than the love of God. We assimilate an image of a dreadful, vindictive God, even as we treat others who sin differently from us.

Where Do We Go?

The Adventist Church finds itself confronted by mission efforts whose success rates are decreasing. For a church that sees mission as its heartbeat, high attrition rates should be very concerning at all levels. Uncomfortable conversations are needed to better understand what makes more people leave than stay and what is making it increasingly difficult for people to accept our message. The pressure is now on missional Adventism to reinvent itself or sink into irrelevance. This is not a call for rejection of Adventism, or what it stands for, but a challenge to better speak to a world that is either asking different questions or not listening to us. As it appears, we have entered a cul-de-sac, a dead end, where instead of stopping to think, we continue to go fast in circles.