Who’s to Blame for the Russian Invasion of Ukraine?

Who’s to Blame for the Russian Invasion of Ukraine? 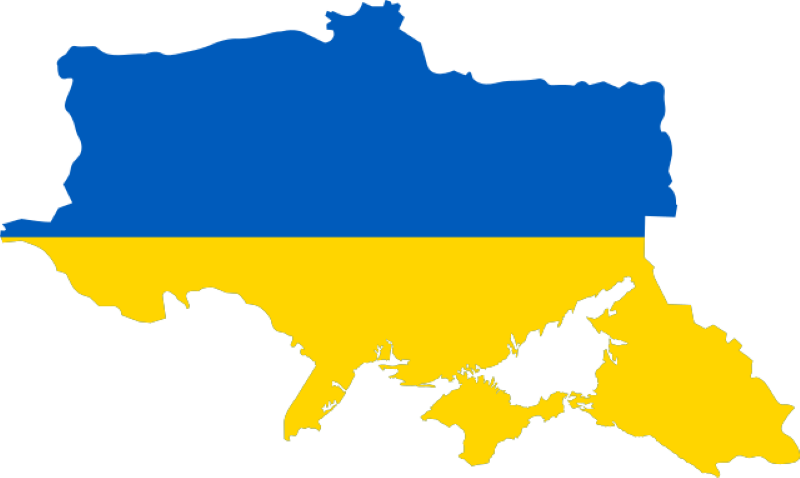 A popular position among American conservative commentators over the past few days is that Russia’s invasion of Ukraine (both this week and in 2014) is pretty easy to explain: weakness by Democrat presidents. After all, the argument goes, Russia didn’t invade anyone when Trump was president. That position is simplistic, naïve, politically convenient, and—most importantly—wrong. This is the (very short and probably not sufficient) reason why.

In any global crisis it is fair to second-guess strategies, tactics, and responses. This crisis is no different. For more than two decades, the U.S. has entertained illusions about what a productive relationship with Russia would look like and have fallen victim to wishful thinking about Putin’s ambitions in Russia’s ‘near abroad’ and beyond. But miscalculations—even mistakes—are not the same as ‘weakness’ and using amorphous notions of strength and weakness in analysis of Putin’s actions merely provides cover for his aggressive and illegal acts. Below is (very) quick analysis of the first Russian invasion of Ukraine in 2014, developments during Trump’s presidency, and some reasons for the current crisis.

1. Putin’s actions in Ukraine in 2014 were a direct result of internal political developments in Ukraine. In the fall of 2013, pro-Russian Ukrainian President Viktor Yanukovych rejected a deal for greater economic integration with the European Union, leading to a series of demonstrations against his government in Kyiv. (Read more about Yanukovych’s role in the Orange Revolution and his pro-Russian positions for more context). A violent crackdown on these protests led to a deadly escalation of the demonstrations.

In February of 2014, the Ukrainian parliament voted to strip Yanukovych of his power as he fled Kyiv with the help of Russian special forces (Spetsnaz) to the eastern city of Kharkiv, then eventually to Moscow. This was a humiliating moment for Putin; Yanukovich was ‘his guy’ in Ukraine. Putin responded the way weakened autocrats respond: with force. Within weeks, Putin sent Russian forces into Crimea and into the Donbass region in eastern Ukraine. Russia’s decision had much more to do with the politics of Ukraine than the ‘strength’ or ‘weakness’ of the United States. After a decade of trying to pull Ukraine toward Russia, Putin saw that he was losing whatever grasp he had on the country (Quite literally, he viewed Yanukovych as his last legitimate attempt to sway the country toward Moscow.) and he responded with acts of aggression. It is a mistake to bail-out Putin by suggesting his actions were simply the result of some vague concept of American ‘weakness.’

2. For much of the Trump presidency, the United States was doing Putin’s work for him. Trump made no secret of the fact that he wasn’t thrilled with NATO, the most important military alliance in Europe. And while Trump had some legitimate reasons for his criticisms of NATO—including some countries not paying their full dues—he escalated tensions far beyond what was needed, including suggesting that the U.S. might withdraw from the alliance. You know who loved hearing that? Vladimir Putin.

In 2019, Trump held-up vital military assistance to Ukraine because the Ukrainian government would not announce an investigation into Hunter Biden, the son of his main political rival. He and his allies in the conservative media defended his hold-up of military assistance by claiming he feared ‘corruption’ in Ukraine. Again, while claims of corruption in Ukraine are warranted on some levels, the overall result was a very public proclamation that the Ukrainian government—including the newly elected pro-Europe President Volodymyr Zalensky—was little more than a weak, corrupt regime. You know who loved hearing that? Vladimir Putin.

As for Crimea, Trump allies love to proclaim that the 2014 invasions of Ukraine ‘would never have happened under Trump’, they don’t often talk about what Trump did to rectify the issue by returning Crimea and the Donbass region to Ukrainian control. That may be because his administration did nothing. Well, almost nothing—what he actually did was give validity to Putin’s actions. At a June 2018 meeting of the G-7 Trump was asked if the United States would recognize Crimea as part of Russia. His response: ‘We’re going to have to see.’ He later suggested that perhaps Crimea s hould be part of Russia if that’s what the people of Crimea want. You know who loved hearing all of that? Vladimir Putin.

Finally, let’s not forget the Republican-controlled Congress trusted Trump so little to impose sanctions on Russia for its interference in the 2016 elections that they passed a law forcing him to do so, with a veto-proof majority.

3. The Russian invasion that took place on February 23 was almost a foregone conclusion. Putin has been telegraphing his intentions for months and troops have been escalating along the Ukraine border since at least October of last year. Like 2014, Putin’s actions come at a moment when he believes his interests in Ukraine are slipping away. After the Yanukovych embarrassment, Putin was eager to re-assert his influence in Ukraine. That opportunity was to come in 2019—or at least that is what some observers thought. Zelensky, an outsider with little political experience, was seen by some in Ukraine (including then-President Poroshenko) as someone who would not be able to stand up to Putin and would fall prey to the former KGB officer and longtime master of geopolitical maneuvers. But things quickly turned, and it became clear that Zelensky was no pushover. He angered Putin on multiple fronts—suggesting changes to the Minsk Agreement, shutting down pro-Russian television stations, going after some of Putin’s pals, and pushing for NATO membership.

Fast forward to the current crisis: when it became clear that Putin was moving forward with the invasion of Ukraine the response from Europe and the United States was anything but ‘weak’ (especially considering the term ‘weak’ is a vague, almost meaningless word in this context). Consider: the U.S. intelligence agencies were two steps ahead of Russia on every move—announcing Russia’s plans before they were implemented, thus depriving Putin of the ‘narrative cover’ that he so desperately craves; NATO is now more united than it has been at any time since the end of the Cold War; the U.S. was able to convince Germany to end plans to get the Nord Steam pipeline online; the U.S. and Europe are implementing coordinated sanctions on Russia that target key banks, the SWIFT international bank transfer system, and Putin himself; NATO forces are increasing and moving east and have initiated the Rapid Response Force for the first time in history; the United States is sending thousands more troops to Europe, weapons and defensive military equipment is flooding into Ukraine from the U.S. and Europe, and the list goes on. These all spell bad news for Putin—especially in the longer run.

This is NOT to suggest that there are not legitimate disagreements about the scope and scale of the responses to Russian aggression (both before the invasion and after), but to claim that Putin only invaded because of American ‘weakness’ is lazy and naïve. Of course, ‘lazy’ and ‘naïve’ is what makes the argument so attractive—it has no specifics, it is incredible vague, and it can’t be proven NOT to be true (a classic sign that you have a weak argument). The reality is that any study of Putin and his worldview will lead to the conclusion that this confrontation with Ukraine was inevitable. Putin is most threatened by an independent, flourishing, and democratic Ukraine that is closely tied to Europe. The more the Russian people see an alternative to autocracy in a place like Ukraine, the more likely they are to rise against the current government in Moscow and no one knows that better than Putin himself. In short, a democratic, pro-European Ukraine is an existential threat to Vladimir Putin..

The crisis in Ukraine is the most important we’ve seen in Europe since the end of WWII. There are still many questions about how far Putin will go, how effective the Ukrainian response will be, and whether events will spill into other countries. The coordinated global response to Putin’s aggression will undoubtedly change as events change and there will be disagreements along the way. Those disagreements may be intense. They should not, however, be reduced to uninspired and dubious claims of ‘weakness.’ More importantly, they should not cast doubt on the fact that the blame for the Russian invasion of Ukraine lies with one person: Vladimir Putin.

Jonathan Scriven is the Associate Director of the Honors College at Washington Adventist University and directs its Branson Center for Law and Public Policy. After graduating from Andrews University with a degree in history and economics, he interned in the Russia division of the International Monetary Fund. He got his MA from Johns Hopkins University and later moved to France teaching and administrating at the Centre International de Valbonne. He completed his doctorate in international relations at the Geneva School of Diplomacy and International Relations. His advisor, Dr. David Chikvaidze, was the chief communications advisor for Mikhail Gorbachev during the final years of the Soviet Union. He teaches courses on international relations.

Editorial note: Minor updates were made to this article at the author’s request.