Thankful for a La Sierra Kindness 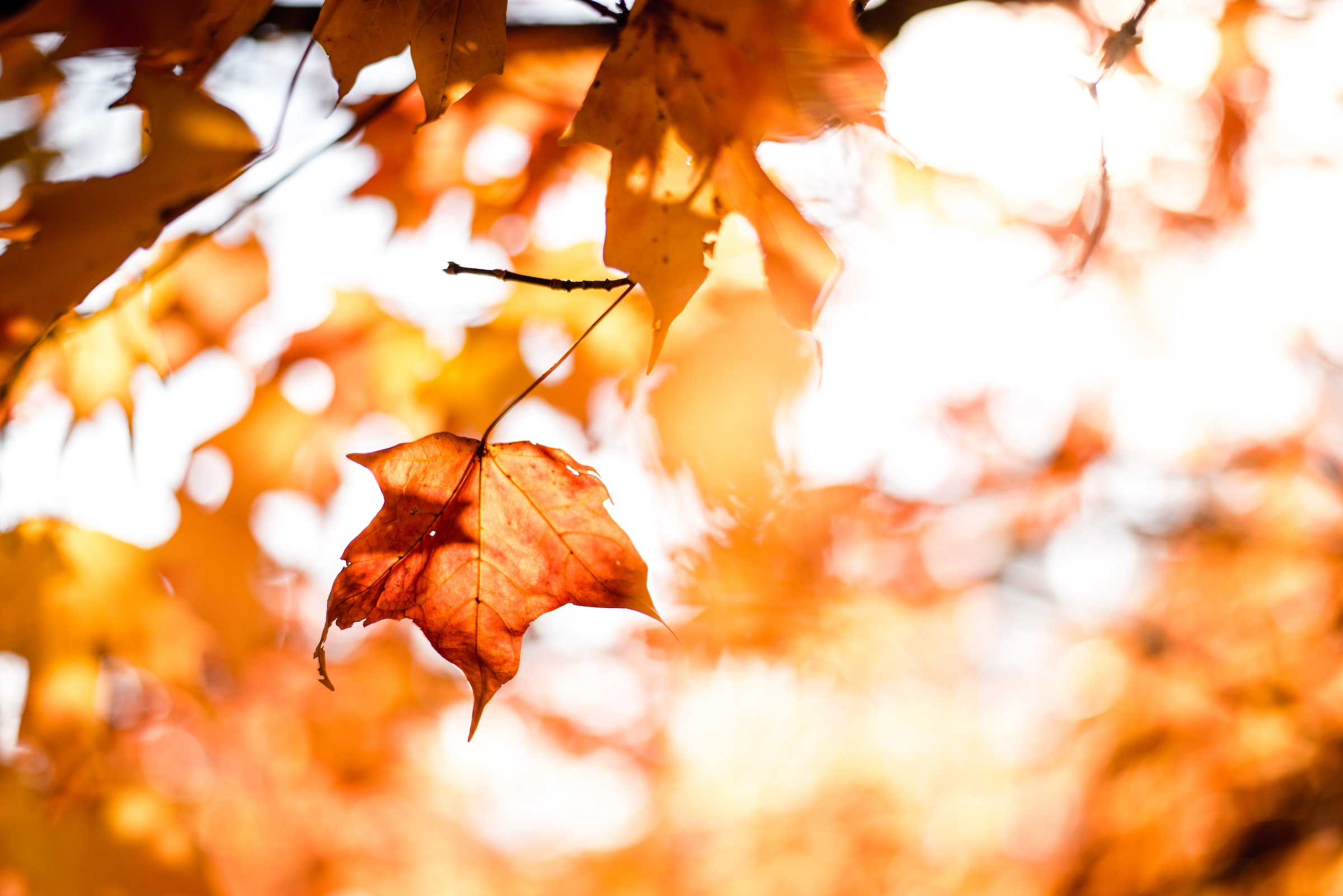 I share with you the story of a businessman from southern Colorado, who long before he was a business success, a husband, and a father, was selected by Christ to draw a crucial line in the picture of my life. In all gratitude, I must acknowledge what this friend did for me.

His name (his real name) is Don Kanen. He was my classmate and fellow history major at La Sierra University (then Loma Linda University-La Sierra). We lived in the same dormitory as sophomores and I became acquainted with him as a hardworking, hard playing guy with a ready laugh and an intense, direct approach to life. He was creative and a good photographer. When I was elected to be the editor of the student newspaper, The Criterion, for my junior year, I selected Don for the difficult task of layout editor.

Don and I liked each other and worked well together, but each of us had our own circle of closer friends. So we went our respective ways most of the time.

My childhood sweetheart and I became engaged two weeks into our junior year. We accepted a call to be student missionaries in Japan the next year. On October 19, we drove the 400 miles home to tell both sets of parents that we were engaged.

On the way back home the next day, I drove over a rise in the interstate and on the other side was a stalled car. The collision killed my fiancée instantly and left me with torn legs and a broken heart.

The next few weeks were a blur of surgery, funeral, tears, condolences, and numbing despair. I went back to school out of an instinct for survival. However, it was discovered that the damage to one knee was more severe than initially thought. I needed another major surgery to have any chance of normal use of my leg. I came out of that surgery wheel-chair bound with a massive cast on my leg.

My parents drove me home from the hospital for the Thanksgiving holiday. None of us knew what the future held or even how I could possibly complete the rest of the school year.

La Sierra University has a beautiful, hillside campus, but in 1973, it was not really wheel-chair accessible. There were many steps. All my classes were on the second and third floors of buildings. I roomed alone as a resident assistant for a dormitory floor. The cast would be on my leg for many weeks followed by a difficult period of rehabilitation. I was still in such shock that I could not think beyond each present moment, let alone get myself where I needed to be.

The phone rang early on the morning of Thanksgiving. It was Don. He wasn't just checking in to see how I was doing. He asked if he could come to my house for the weekend. I asked my parents. They said, "yes." So I told him that he was welcome.

His coming to my home was no small feat for him. Not only was he giving up his Thanksgiving with his family, but he had to drive a long way to do it. I lived in Soquel on the Central Coast of California. He lived in Bishop on the eastern border of California. In between us was the Sierra Nevada mountain range which was impassable with snow in late November.

Travelers in that part of the country wanting to go east to west must either make a long detour through the Mojave Desert to the south or around Lake Tahoe on the interstates to the north. He drove his Datsun B-210 the southern route and arrived on Thanksgiving evening.

I was glad to see him. He got along well with my family and we enjoyed visiting. The next day, he loaded me up and took me for a ride. "I've come to get you to take you back to school," he told me.

"I can take you. You need to be with your friends and I'll get you there."

He talked to my mom and dad about it. They weren't sure, but he was. He told them that he would look after me. They told Don that it was up to me.

I didn't know what to think. Here was this guy, who didn't know me all that well, appearing out of nowhere to pick me up and literally carry me back to school. And what then?

I told Don my doubts. He had a gung-ho answer for every one of them. He told me that he had prayed about this and this is what God had told him to do.

On Sunday, we loaded up. He refused my dad's offer of money for gas. My mom and dad prayed as my family and Don stood around my wheelchair. He helped me into the faithful Datsun, propped my leg up with pillows, and we were off.

It was a somber, overcast day. The radio news was devoted to Richard Nixon's announcement of gasoline rationing in response to the OPEC oil embargo. We drove down the San Joaquin Valley, over the Grapevine, around Los Angeles, and out to Riverside to the campus.

At the dorm, Don unloaded me into my room, helped me unpack, and took me out for our favorite meal of Del Taco burritos. When he brought me back to my room, he answered an unspoken question by me. "I'll be here at 7:00 a.m. to help you dress and take you to class."

I couldn't figure out what we would do about my classes. The rooms were upstairs. My cast weighed nearly 60 pounds and was made to keep my leg folded at a 45-degree angle. I was awkward and heavy to carry. Because my hip had been dislocated on the other leg, I was warned to use crutches as little as possible to keep pressure off. With these thoughts of helplessness, I dozed fitfully through the night.

Don was at my door on time. He put my shoe on my one good foot, put my books on my lap, and off we went. He pushed me to a ground-floor classroom where I received another surprise. Each of my teachers had moved their classes to teach on the ground floor so my wheelchair could reach it. Don had arranged this. He also connected with other friends to take me places when he had to be in class.

Every afternoon, Don would come to my room, and push me up the hill to his dormitory where he worked as a resident assistant. His room had a suite with a bathtub. There were only a few of these on campus.

Don would help me undress and into the tub so I could bathe and wash my hair. He did all this for three weeks. This allowed me to keep up with my classes and continue editing the paper.

What Don really did was allow me to maintain my fragile grip on sanity. There was no such thing as "normal" for me anymore. I was a physical and emotional mess.

Taking care of me took a lot of time that a busy college student did not have to give, but he gave it anyway. He never asked me for anything before or afterwards. He never complained. The whole episode took place as if this is what was meant to be.

This young man loved me without pre-qualification, condition, or reward. He did, in those weeks, what no one else could do for me except the Christ who held him in grip—he gave me a bridge back to life.

The next quarter we went back to our separate routines. I began physical therapy and went golfing with other friends even before I could stand without crutches. (One day we were "horsing around" and started to roll a golf cart over. I found out in a hurry that I could not only walk, but run again.)

Don, pursued other interests and friendships. After graduation, he married Sue, another friend of mine from high school days. We lost touch with each other for a while.

17 years later, Don showed up at my law office. He owned a number of business enterprises and needed help with the sale of one of them. I was glad to help him and to talk over old times and catch up.

He and Sue continue a good life together and have raised their family in Colorado. They have experienced heartaches of affliction, pain, and loss within their family including some ferocious cancer battles. Through it all, their relationships to God and each other have strengthened.

Now in retirement, Christ still leads them both to serve others in good cheer and they follow. Don still takes on life with both hands.

In the darkness of November and December 1973, when I lost my future and my hope and I could not even walk, Christ came to me in Don Kanen. He also visited me in the La Sierra professors who disrupted their routines at great inconvenience so that I could keep going. God bless them all!  They are one of the best reasons parents are willing to pay more for Christian education.

It is the season of harvest and Thanksgiving. I am thankful. I hope that all of you are thankful for your own reasons of grace.

This story originally appeared in the author’s newsletter, A Word of Grace, and is reproduced here with permission.

Kent Hansen is an attorney who specializes in healthcare, higher education, and non-profit organizations. He is the author of Grace at 30,000 Feet: And Other Unexpected Places.

Photo by Matt on Unsplash