Ted Wilson and Political Bias: A Photo-Op with a Fascist 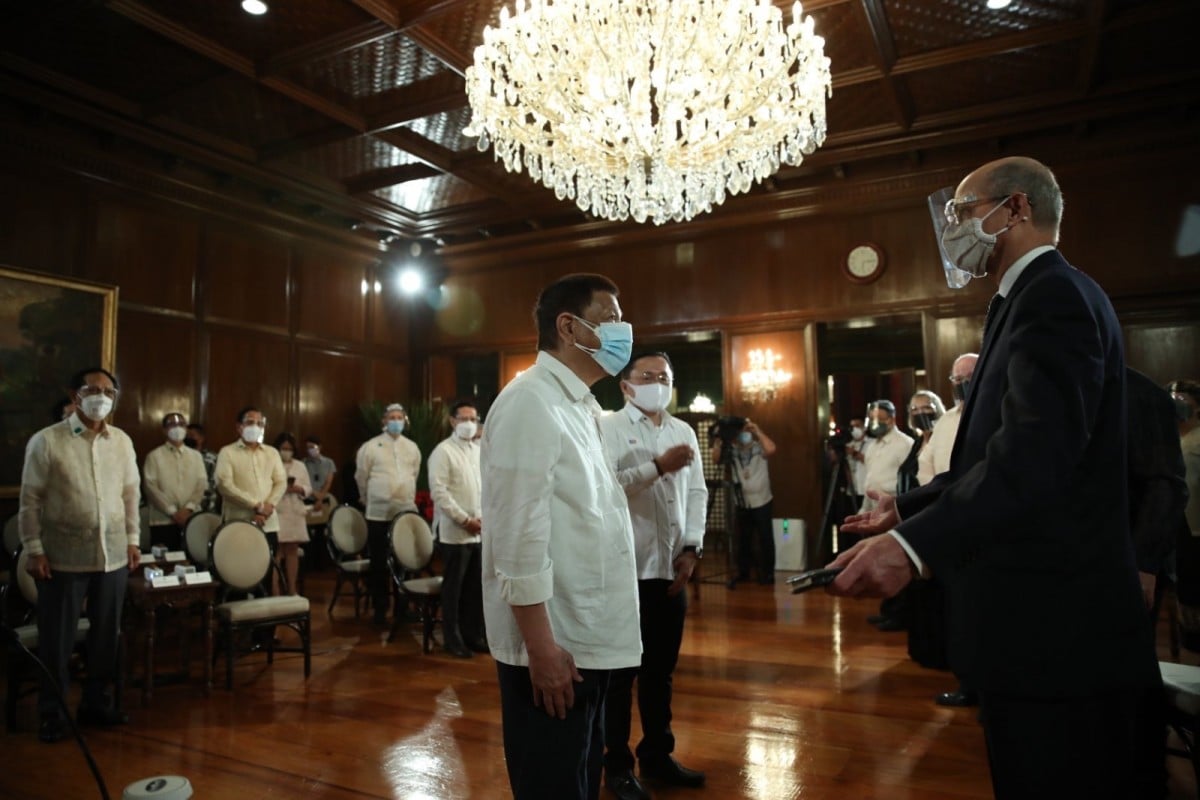 On Monday, June 6, during the 2022 General Conference (GC) Session president’s report by Ted Wilson, a video was played depicting the Seventh-day Adventist Church’s recent evangelism-focused intersection with political conflict in the Philippines. Through the work of Adventist World Radio, after several decades of opposition to the government that began during the dictatorship of Ferdinand Marcos, many rebels of The New People’s Army joined the Adventist Church, gave up their weapons, and received amnesty from the Philippine government. In a two-week evangelistic series as the capstone to this story, Wilson met with Philippine President Rodrigo Duterte in November of 2021. While the Adventist press framed it as a feel-good story, the reality raises questions about this official Adventist political association and the wisdom of this photo-op.

President Duterte is a fascist. That is not an accusation but something he has publicly expressed he desires to be. In a 2016 press conference, Duterte openly compared his war on drugs to Adolf Hitler’s genocide of Jewish people. “Hitler massacred three million Jews. There are three million drug addicts [in the Philippines]. I’d be happy to slaughter them.” In the same speech, Duterte stated, “If Germany had Hitler, the Philippines would have. . .” and gestured toward himself.

Elected to his first public office as mayor of Davao in 1988, Duterte quickly became known for his brutal rule. Human Rights Watch labeled him “the death squad mayor” as state-sanctioned death squads and vigilantes killed over 1,000 people without adequate judicial process. In an interview with the BBC, Duterte openly admitted to killing three people himself while mayor of Davao.

Duterte became known during this period for zero tolerance on crime, specifically drug usage. Execution became the primary form of punishment for drug sellers and addicts. Duterte maintained his position on crime throughout his 22 years as mayor of Davao and ran his presidential campaign on the same platform saying, “If I make it to the presidential palace, I will do just what I did as mayor.”

In 2016, Duterte won the presidential election in the Philippines. He kept his promise, and the extrajudicial killings of suspected criminals spread throughout the nation. Duterte’s death squads have also been accused of killing members of his political opposition, activists, and children. According to the BBC, the amount of people killed in Duterte’s war on drugs ranges from 5,500 to over 27,000.

The New People’s Army (NPA) is the armed wing of the Communist Party of the Philippines. Since 1969, the NPA has fought for three goals: an end to bureaucratic capitalism, feudalism, and U.S. imperialism in the Philippines. Over the years, the organization has used violent tactics to accomplish its goals while gaining little. The party was born under the presidency of Ferdinand Marcos. Marcos believed he had a divine right to rule the Philippines and his leadership damaged the entire nation. According to an article from Harvard Divinity School, Marcos used federal money as a personal piggy bank and, by his second term, devalued the Philippine peso by half. The New People’s Army was born out of the poverty created by the Marcos administration.

The conflict between the NPA and the Philippine government continued under Duterte. While at first Duterte tried to initiate peace talks with the rebels, his resolve faded. In March of 2021, Duterte stated, “Kill them [the communists] right away. Ignore human rights. That is my order. I will be the one to go to jail, no problem.” While the NPA’s tactics have been brutal, the violence has been exceeded by Duterte.

In November of 2021, President Ted Wilson visited Duterte at his palace. This meeting included a Bible study led by Wilson in which he commended Duterte for his dedication to “supporting religious liberty, promoting healthy lifestyle choices, and demonstrating the reconciliation ministry of Jesus.”

News covering the event from sources like the Adventist News Network praised both leaders for coming together. At the 2022 GC Session, a video depicted rebels laying down their arms. It also praised Duterte for granting the surrendering rebels amnesty.

Despite the complexity of the conflict and Duterte’s blatant human rights violations, the General Conference of the Seventh-day Adventist Church provided no public caveat about its very public association with the fascist leader.  While never overtly stated, Wilson obviously thought the story of conversions in the Philippines might make for a feel-good reelection story. And with over one million Adventists in the Philippines, Duterte agreed.

The coverage of the conflict at the 2022 GC Session lacked nuance and provided a political gift to a leader far beyond the bounds of Adventist values and human rights. Ted Wilson allowed himself to be used politically to condone Duterte’s murderous history. By failing to speak against the Philippine leadership’s criminal actions and that of the rebels, the Adventist Church’s relationship with a fascist reveals our own leadership’s bias.

Duterte resigned from politics for the 2022 election. This month his successor is Ferdinand “Bongbong” Marcos Jr., son of Ferdinand Marcos, and the vice president is Sara Duterte, Rodrigo Duterte’s daughter. The family political dynasties continue.