Religious Leaders, Populism, and the Election Campaign in Brazil 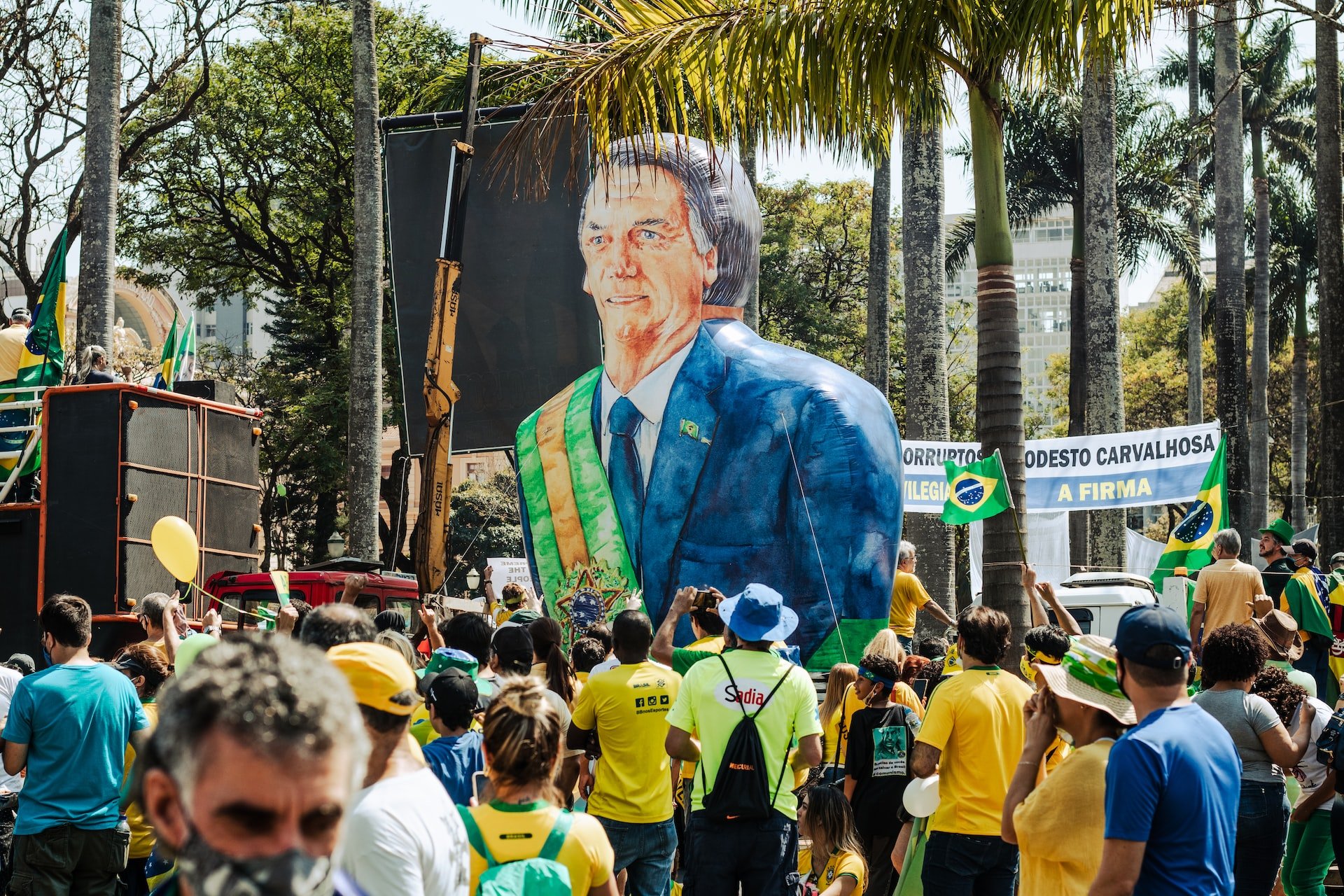 From the emergence of the “electronic church” to the “digital pulpit,” the Brazilian political sphere has seen the birth of new political actors, embodied by religious leaders, as well as new activists and religious influencers who fight to conquer and/or dominate the Brazilian political and social fields. This depiction of the current landscape of the electoral campaign in Brazil is rippling through the whole world as the historic confrontation (in two rounds) takes place between a very disputed president, Jaïr Bolsonaro, and a very contrasting ex-president, Luiz Inácio Lula da Silva. The two candidates embody a popular and populist hope in tandem without altering the role and ecosystem of religions. This begs to ask a few questions: How did religious movements and leaders come to embody Brazilian (neo)populism in the media? How have these (neo)populisms “on the screen” and on social media in Brazil, and even elsewhere, made religion not a component of populism but the expression of a patrimonial need, understood as an appeal to a source of sacred foundation, structured around old and well-honed religious schemes? The history of the rise to power of religious political leaders in Brazil with the help of the media and the mediatized expressions and representations of these new religious actors, considered as populists, would explain well the current context of electoral confrontation in this country and, more overall, the fact that populism, religions, and media use the same schemes.

Beforehand, let us give some framing elements on populism. The vagueness of the notion of populism allows for a variety of uses, both legitimate and less legitimate. This is the case particularly in the context of the rise of new media, which reveals it to be very insoluble, and therefore more liquid.[1] Populism often refers to the people. But it is not a particularizing and specific reference since there are several conceptions of democracy.[2] This leads scholars to consider it a kind of “democratic malaise,”[3] an expression of the corruption and privileges of the political class particularly linked to the ideology of the extreme right (without exclusivity).[4] We can nevertheless highlight some features of political populism: the centrality of a charismatic figure, charismatic leadership, the rhetoric of the voice of the people, the discourse of the savior and the anti-system, and ideological anchoring. All of these elements are found in most political leaders of today. This makes political populism to be rather characterized as a “communication style.”[5] This style encompasses both pejorative connotations, based on the authoritarian style that rejects certain categories of populations, and positive connotations, based on the style of normal political rhetoric. Ideological anchoring, in the broadest sense possible, remains the hard core of populism.[6]

The history of the articulation of religion, media, and populism in Brazil highlights the crucial role played by the media in the emergence and dominance of populism.[7] Brazil experienced in the second half of the last century a blasting magnitude of the phenomenon of evangelical preachers on radio and television. This religious audio-visual phenomenon, called "the electronic church" and born in the United States, played an important role in North American politics through the figures of preachers such as Jerry Falwell and Pat Robertson, who had political objectives. The electronic church was exported to Brazil first by the programs of preachers like Pat Robertson, Rex Humbard, Billy Graham, and Oral Roberts. These preachers have been replaced over time by national figures, the Brazilian stars David Miranda, the head of the Pentecostal Church Deus é Amor, or Edir Macedo, the neo-charismatic evangelical pastor and founder of the Universal Church of the Kingdom of God back in 1978 and owner of the Record Group and Record TV, the second largest television broadcaster in Brazil. These stars export their ideas by massively publicizing them in other Latin American countries and as far as Portugal and even Russia. They also have political inclinations. The electronic church began to weigh politically not only because these audio-visual leaders echoed politicized American revivalism but also, and above all, since they weaved important political alliances.[8]

The year 1986 marked a major turning point for the crantes (Brazilian Protestant believers and their religious leaders). Stimulated by the still perceived threatening shadow of the Catholic Church, lest the government and the Constitution favor Catholicism, known as the defender of human rights, the Assembly of God, the oldest reformed church of Brazil, got involved in the campaign for the legislative elections. In 1986, following the campaigns carried out by the pastors with their faithful (brothers), 36 Protestants were elected deputies in different political parties. In 1990, the number increased, and the Protestant parliamentary group fashioned an identity (despite the divisions) weighing 7% of the votes in the assembly, the same percentage as that of the Workers’ Party of the famous Inacio Lula.[9] Little by little, the evangelical discourse invaded the political scene. The 1994 campaign was marked by the influence of two rival leaders: Caio Fábio, the founder of the Brazilian Evangelical Association (AEVB), which aimed to organize evangelicals against congressional upstarts, and Edir Macedo. Macedo launched with his National Council of Pastors of Brazil about 15 deputies, trying to counter the AEVB. During the election campaign, he even organized a day of prayer, which brought together more than 300,000 believers at a time when not even the president-elect, Fernando Henrique Cardoso, gathered so many people.

The saga of religious weight, a paradigmatic media construct where religion, politics, and media converge, continues still in Brazilian politics. Today, the second Christian denomination is represented by the evangelical churches. According to the Pew Research Center, Brazil has 22% Protestants, with Catholics keeping the top spot at 65%. With the advent of digital social media, charismatic evangelicals have taken over Facebook and Twitter, in particular. Without having committed themselves to a particular political party, they devote themselves to political campaigns and debates on issues present on the national political agenda. Massive digitalization brings a change compared to the last decade of the 20th century, but also compared to the first decade of the 21st century. From 2010 onward, we observe an emergence of digital evangelical activists in politics, “ordinary” citizens of evangelical faith, who become real political influencers.[10] They disseminate political ideas, lead political campaigns, support or not endorse candidacies. So, it is all about the "broad skills and actions" that evangelicals have when it comes to political activism. They are therefore no longer limited to the mere acts of running as a candidate and campaigning to be elected.

These transformations represent the echo of the global mutations engendered by the phenomenon of mediatization. Legitimacy, authority, credibility, etc.—that it is a question of political and religious actors conquering each other more “on screen,” giving rise to new practices under the sign of the emancipation of solid institutional structures, ideologies, and paradigms of classic and durable functioning (see the new progressive evangelical activists visibly extremely active on the networks that aim to influence the election of the president in Brazil currently). The Brazilian case illustrates these tendencies quite well.

Relationships between politics and religion in Brazil were first shaped by a culture and a diverse religious population (African, European, and very spiritual Indigenous, cf. Barrientoy Para, 2015) conquered by affirmations of cultural, religious, and strong people. Religion coexists without conflict with politics because it is an integral part of culture. This makes Pentecostalism the most popular religious manifestation today, developed on the periphery, around charismatic digital leaders and influencers. We are witnessing the rise of populist leaders through the support of religious actors, based on a Christianity “from below” that has fed, and still feeds, the political world with audible leaders, decision-makers, and elected officials: Marcelo Crivella, the evangelical mayor from Rio de Janeiro, Marco Feliciano, pastor-deputy, Silas Malafaia, evangelist with enormous media influence, and President Jair Bolsonaro, embodying the paradigmatic figure of media neopopulism.

This Brazilian media populism highlights the fact that there is a transformation of political populism that does not differ from the religious for several reasons: a) it is fed by religious patterns; b) it uses the same categories (usually describing religious phenomena), such as the cult of the leader, the superhuman, the prophetic dimension, and the miracle and the miraculous action; c) it is based on the idea of restoring the sovereignty of the people.

To conclude, the Brazilian example is paradigmatic because it reveals the changes that can be found in Western societies. They are confronted with the transformations of the profiles of the political leaders, called populists. Nevertheless, it is rather about the transformative effects of the mediatization that appeal to the categories of the sacred, since the media have consolidated themselves as repositories of authority just like the clergy in the past. The media are the heirs of the hegemonic consecration that once belonged to the religious domain, that of the omnipotence of the mediated thing producing “a Church effect” and the legitimization of a certain “reality” of an event and a certain “truth” of some piece of information.[11]

Thus, the debate remains open. Nothing is yet settled.